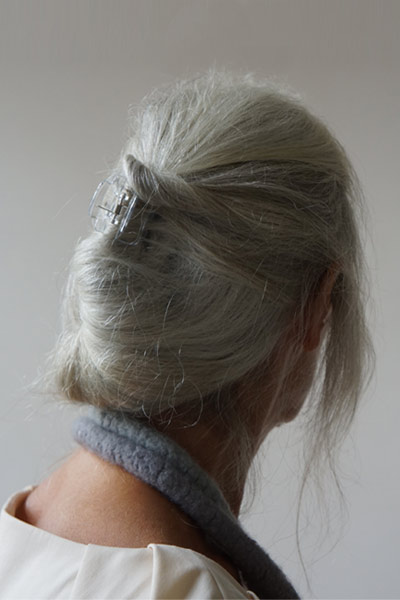 Pick-Up made from aluminium, polyamide, wool, steel by Silke Fleischer and a see-through plastic Hema hair clip owned by me `

Mrs.Wilde is a graceful old lady that went through many stages in her life and through a fair amount of lovers, who partly understood what kind of woman she was and is. But Harry is the one who makes Mrs. Wilde indulge in reminiscences. He is the person she dedicates her thoughts to. She reflects on each relevant moment of her life based on one of the jewellery pieces she has collected through years. Some of them were a generous gift from Harry. This is the scenario you enter in the exhibition ‘The Wilde Things – the so contemporary jewellery collection of Mrs. Wilde’. The long grey hair and the delicately chiselled features of her face and the sadness and melancholy in her eyes made me wonder what kind of woman I will be in her age. Maybe Mrs. Wilde is a bit too sad. However the story that is told, written by Oscar van den Boogaard, shows each piece in an exceptional context. It’s a story of the wearer not the jewelery itself. The exhibition is compiled by in-house Z33 curator Evelien Bracke, who introduced me to a new world of adornment while working with her. I blame her for my evoked interest. Thank you Evelien! The show runs until 19th January 2014. 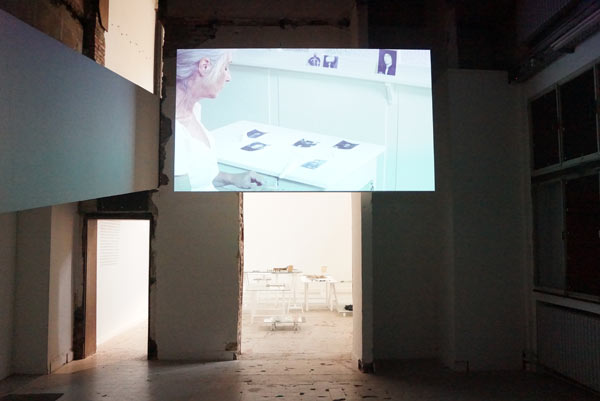 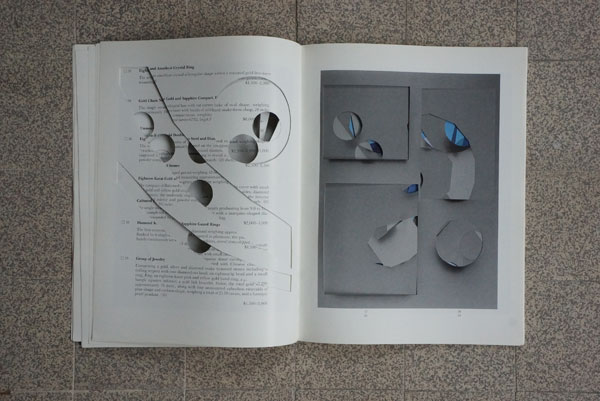 Jewellery as an investigation – Suska Mackert’s ‘The Andy Warhol Collection’ is an auction catalogue of Andy Warhol’s jewelery collection where all actual jewelery pieces were cut-out. The remaining pages are a fragile construction, an idea of a collection that must have existed. In Evelien’s notes, which she has kindly shared with me, she states that Suska Mackert has only rarely made “real”, wearable pieces of jewelery since 2007. 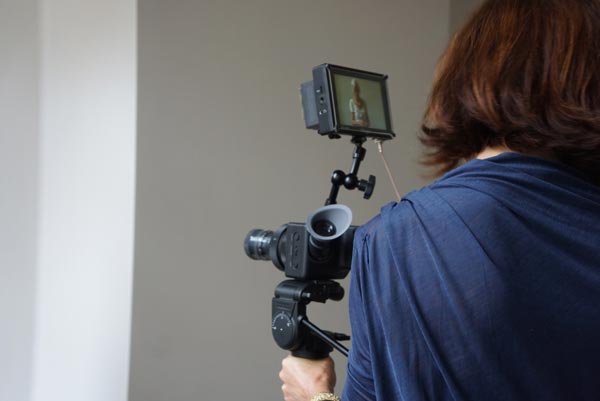 Dutch artist and film maker Manon de Boer, who is responsible for the film that accompanies the concept of ‘The Wilde Things – the so contemporary jewelery collection of Mrs. Wilde’ 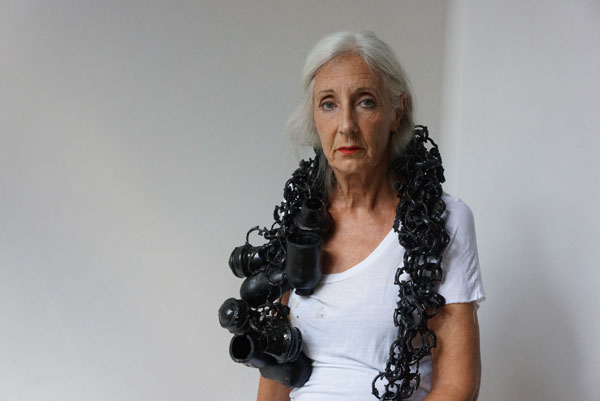 Necklace – Crude oil and its products by Katrin Spranger 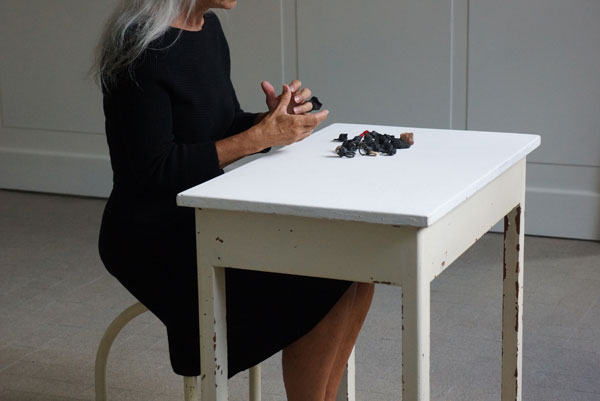 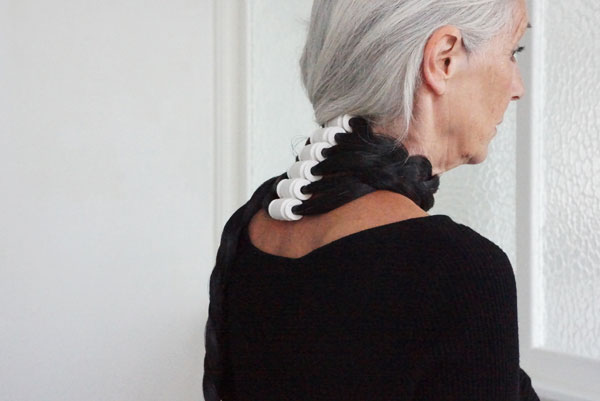 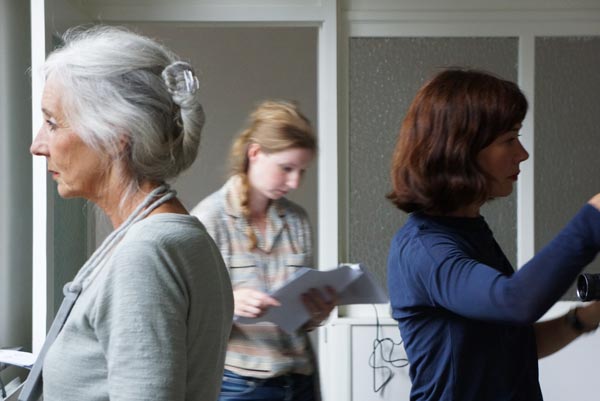 Mrs. Wilde with the necklace from Silke Fleischer, Evelien Bracke concentrated in her notes and Manon de Boer during the 2 day videoshoot at Soki in Gent, Belgium 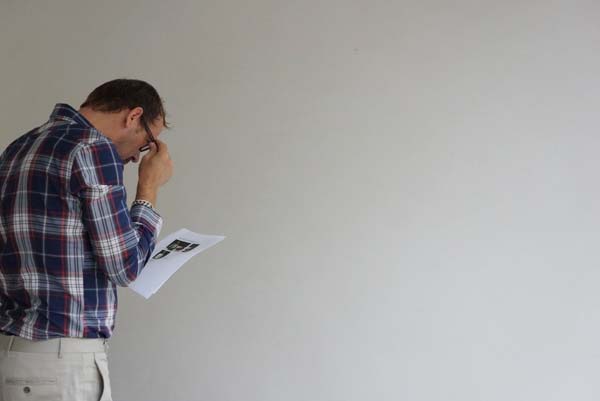 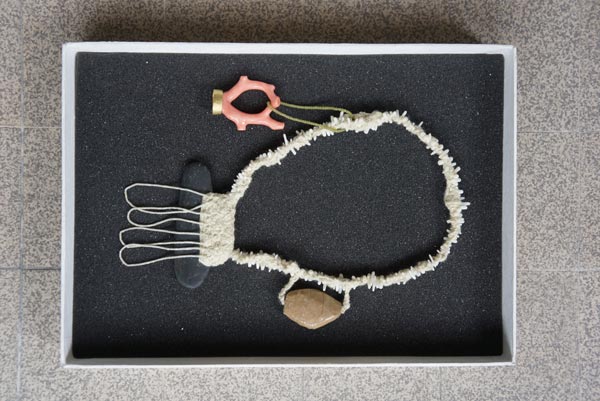 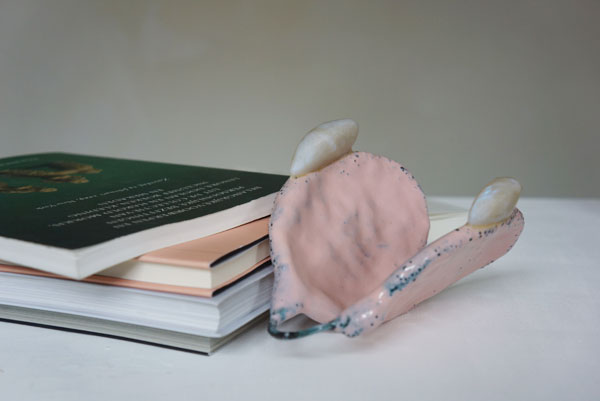 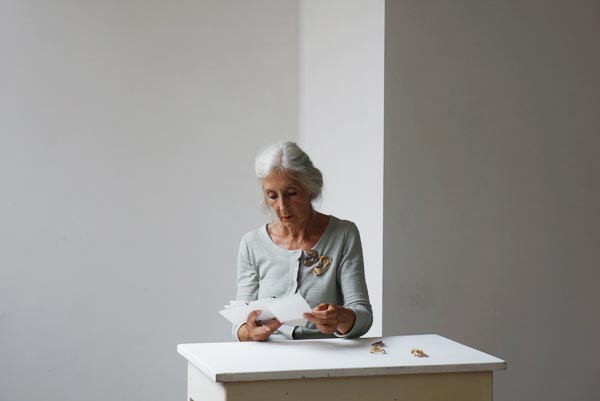 Thinking of you by Benjamin Lignel 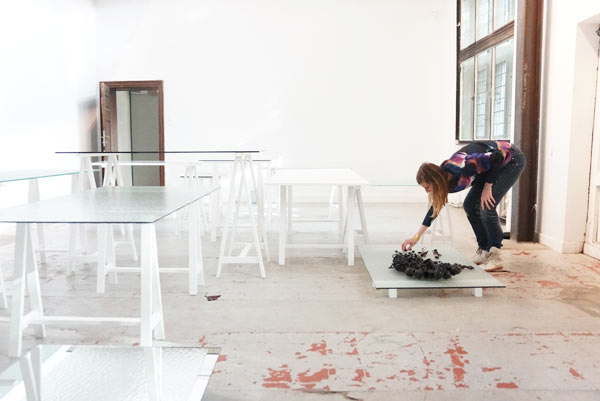 Evelien Bracke started the exhibition set-up by placing Katrin Spranger’s necklace first. It’s one of the biggest pieces in the show. The scenography is based on various layers of glass that refer to the setting of the film. 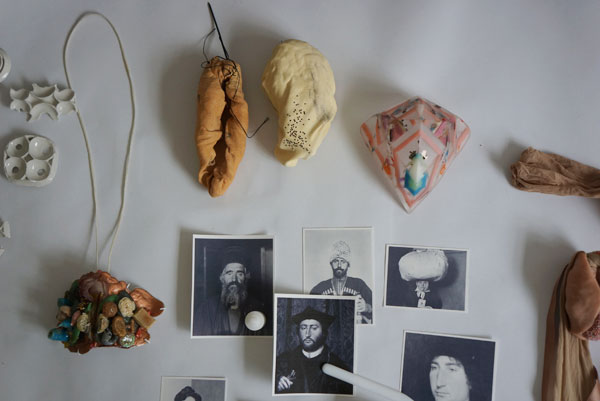 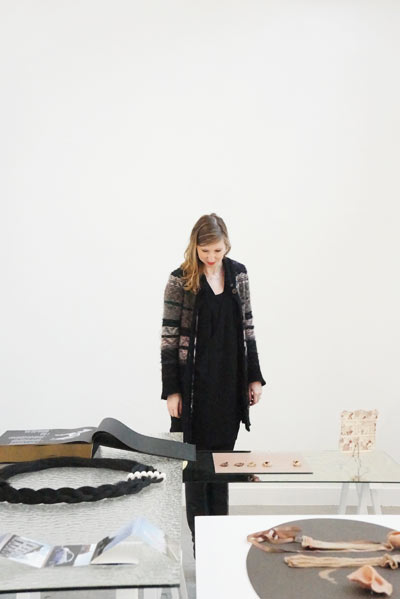