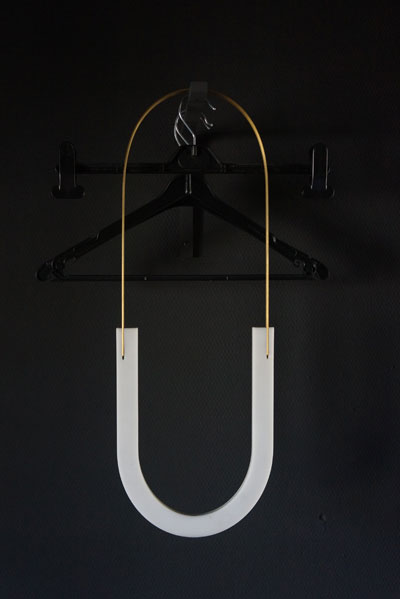 When Current Obsession asked me to curate The Exhibition That Never Happened together with them, I suggested that I want to do a profile on each of the participants. I was interested in where the jewellery designers come from, where they got their attitude from and what defines them. I think it’s necessary to give an overview about the choices we made. You can find the profiles of all 10 designers also in the current, 2nd issue themed ‘The Youth’ on the last page of the curated editorial. Back than, in August this year, when Sarah Mesritz and Marina Elenskaya left me and my partner in crime Christoph Sagel of Sagel and Krzykowski to photograph the pieces, all jewellery stayed with me for couple of days. During that time I had the chance to look at all work again and I got carried away and took photographs of it all with my own humble camera. Time to share both, text accompanied with images, with you here.

Marina Stanimirovic (top image) â€“ Juxtaposition Of Sculpture Or Design Object
JEWELLERY DESIGNER
Goldsmithing, Silversmithing, Metalwork & Jewellery department at Royal College of Art, UK, 2013
â€œBecause even if you canâ€™t wear it to go to work or go buy some food, the fact that it has been designed for the body, makes the piece the most intimate sculpture or design object.â€ Marina used CorianÂ®, resin mixed with powder of stone, because when you touch it, it is a really cold and heavy material, but also really soft to carve: two antithetic notions.

Nelly Zagury â€“ 2D To 3D Fantasy
HANDS-ON ART DIRECTOR
Ecole SupÃ©rieure des Arts DÃ©coratifs of Strasbourg, FR, 2011
Nelly creates a mythological world, where jewellery is a relic of her fantasy, a hybrid object, which looks like a whip or a penis. She creates ornamental objects playing with symbolism of adornment. 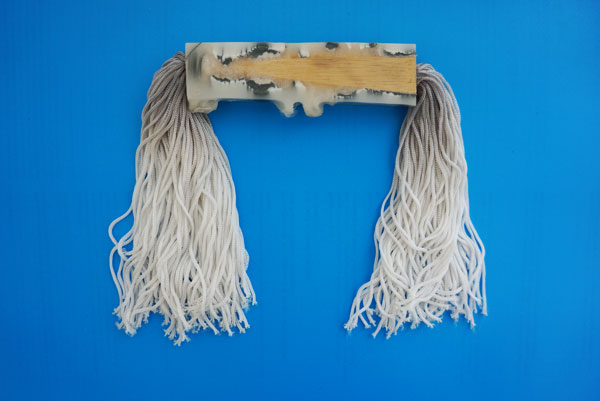 Ejing Zhang â€“ Tradition Encounters Interaction
TEXTILE DESIGNER
MA Royal College of Art, UK, 2013
Ejing made an abacus out of essential materials and tools – bobbins and paintbrushes.
Abacus was the calculating method taught everywhere in China when she was little. The thread winding, the plastic, and the wood all came from that abacus. She is interested in jewellery as something interacting with the body and not having limitations of being soft fabric. 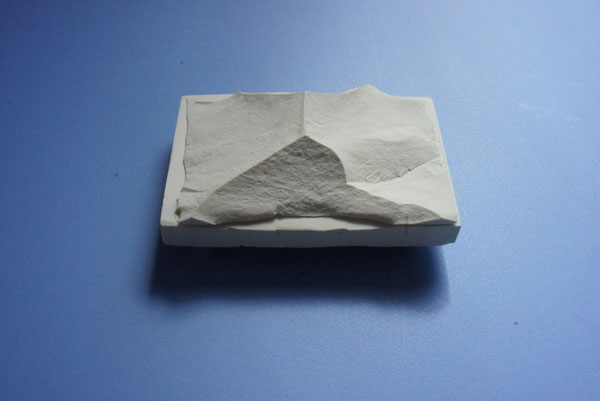 Patricia Domingues â€“ Reconstructed Material
JEWELLERY DESIGNER
MA Hochschule Trier, Fachrichtung Edelstein und Schmuck, Idar-Oberstein, DE, 2013
Reconstructed material is a massive block, without anything, any line, any detail, and any imperfection. It does not matter the angle you cut, it will always be the same. Whatever you make will only add something to this naked block. 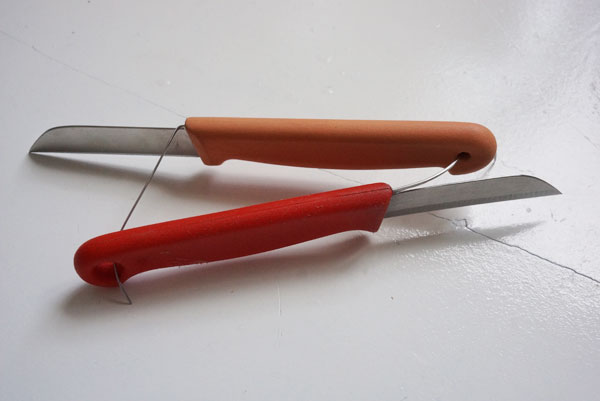 He Jing â€“ Readymade Liaison
JEWELLERY DESIGNER
Jewellery department at Gerrit Rietveld Academie, NL, 2013
Jing appreciates normal-looking, mass-produced things, because they are simple, durable, and functional. They are full of hints in details. She imagines the reasons why people made them and how people treat them. When she makes the work with ready-mades, she is â€˜collaboratingâ€™ with them. 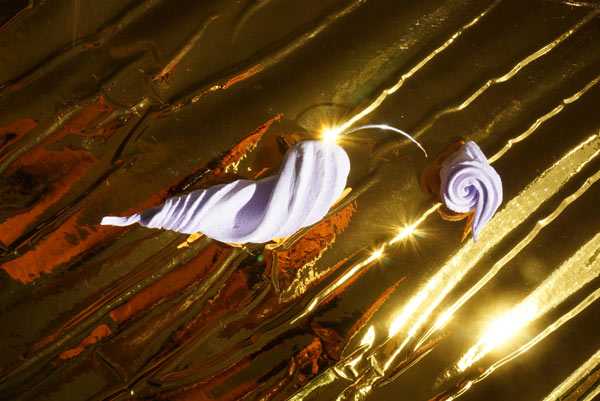 Wei Mao â€“ Right Material
JEWELLERY DESIGNER
BA fashion Jewellery at London College of Fashion, UK, 2013
The work is based on dessert-making and cream-piping. Wei researched the material that is soft and fluid enough to go through a piping nozzle, while not being too soft or too fluid to keep the shape. She tried plaster, jesmonite, resin, silicone and etc., eventually found polymer clay material. It is also pure white, which makes it easy to get any colour palette. 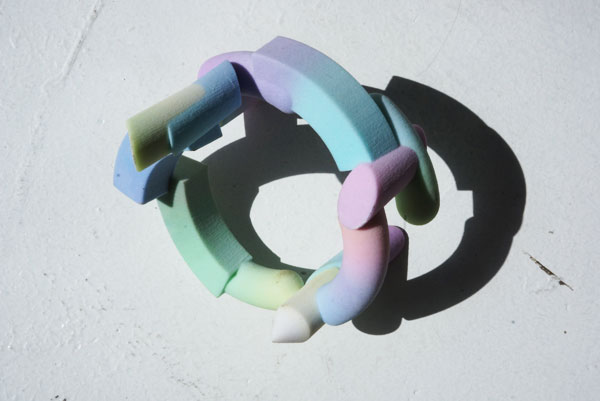 Maiko Gubler – Experiments Within Hybrid Spaces
ART DIRECTOR/IMAGE-MAKER
Visual Communication at The Berlin University of the Arts, DE, 2000
Maiko is interested in printing technology and 3D modelling. She experiments within hybrid spaces and explores the intrinsic qualities of three-dimensional computer-aided imagery and objects. â€The intersection where things are lacking definition and have a sense of unease is what Iâ€™m interested in. Iâ€™d like to invite people to think about the obsolete real/digital distinctions differently and to expand their notion of spatiality and things.â€ 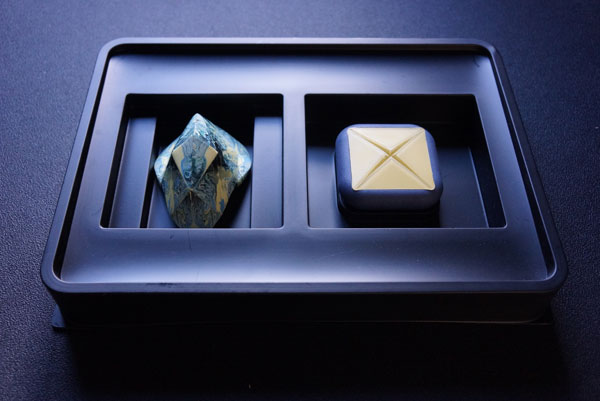 Boris de Beijer â€“ Artefacts From The Far Future (left)
DESIGNER & DJ
Jewellery department at Gerrit Rietveld Academie, NL, 2011
Boris deals with historic context of jewellery, rather than it’s contemporary relevance. â€œJewellery pieces are not even meant to be worn by humansâ€. Invents his own material by combining and excessively experimenting with existing raw materials and found objects – mixture of different resins at the base for each piece. Due to its unpredictable and aggressive behaviour, the outcome of the raw bloc is always a surprise, always unique and therefore it is impossible to duplicate a piece. â€œIt’s a lot like alchemy.â€

Florian Milker â€“ Digital Precision (right)
GOLDSMITH, JEWELLERY DESIGNER
Kunsthochschule Burg Giebichenstein, Halle Saale, DE, 2015
Florian did an apprenticeship as a Goldsmith â€“ a classic playground with its limitations. Soon he turned to 3D programs. The B_Serie is made by laser sinter process. â€œI like the gentle surface, the low weight possibility and the precision of the technique.â€ Florian will graduate in 2015. 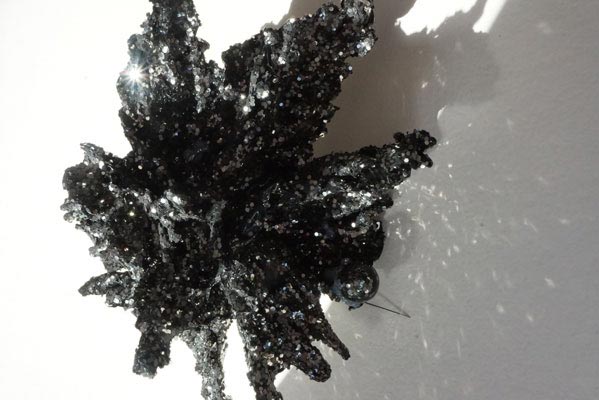