this couch is standing in front of the church/workspace of the design collective atelierdorp in eindhoven. (I don’t think that it would be easy to steal it) it is a product of designer nacho carbonell and is called ‘soft concrete’. nacho created a concrete bench for outdoor purposes which shape reminds of a soft couch. 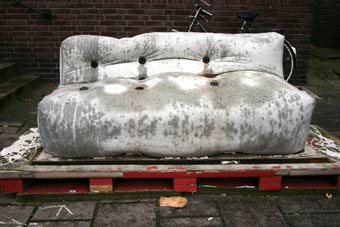 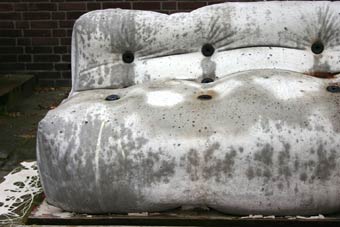 3 thoughts on “nacho carbonell: not a lounge sofa”