‘de pastoor van arskerk’ is a 20th century church in eindhoven that has been empty for 5 years before a group of designers took it over as a workspace.

It started with the problem that some design academy students had not enough space to work at the academy. they were looking for their own space and wanted eindhoven, the self-appointed design city, to provide the space. I mean, in every city are enough abounded buildings. why not giving it to people who need the space?

otje bastiaanse, djim berger, hilbert tjalkens, vera teunen and rocco verdult founded stichting atelierdorp and searched for other people to join the project that aims to give space to creatives. In 2006 nacho carbonell, veronique lorne, nathan wierink and bas van raay built an atelier in the church, called atelierdorp. a half year later julien carretero joined in nacho’s atelier. later other people joined to the group.

since then they work together in holy facilities of this church. a beautiful space, but unbelievably cold in winter. that’s why the designer have build little workspaces in the church which capture the heat . 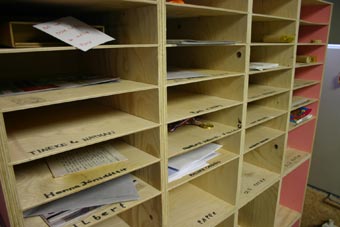 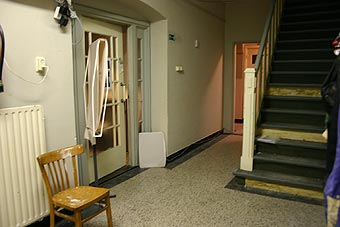 hallway to the offices 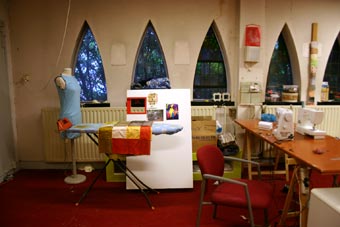 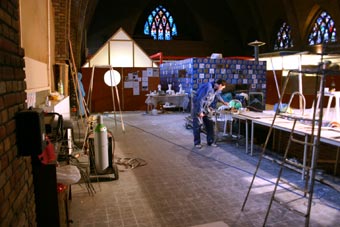 workspace in the old church 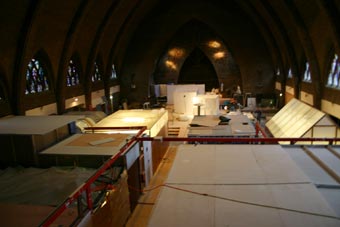 view from top –
the space is separated into small work spaces 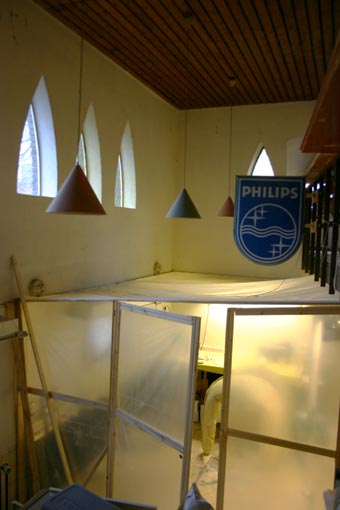