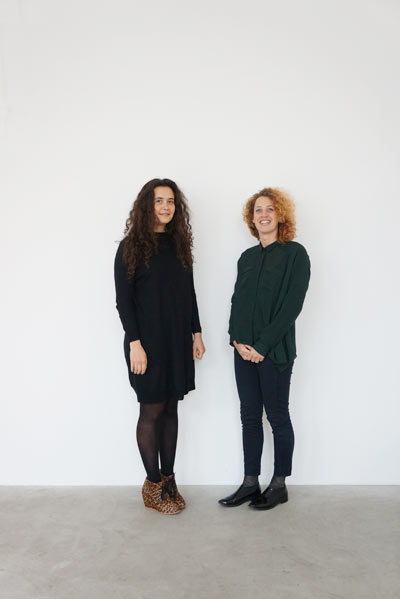 Sarah Mesritz and Marina Elenskaya like jewelry. They both believe that ‘Jewelry is what you make of it’. Sarah studied at the Academy of Fine Arts and Design in Maastricht and Marina graduated at the Rietveld Academy. I recently found out that Marina got an BA in television and radio direction in Russia before turning to jewelry and moving to Amsterdam. At some stage the urge to be an editor appeared. She seems to be skilled for the job. Young (I’m so young I am ‘s so goddam young as Patti Smith states in the editors note of Issue 2) and eager. That’s actually what both of them are. And with that attitude they founded Current Obsession, Contemporary Jewelry Magazine, where they show that jewelry has a strong relation to different fields of art. And than they asked me to be a contributor. After several encounters, Skype meetings and conversations we developed ‘The Exhibition That Never happened’, an editorial that plays with the features of an exhibition on a 2d surface. It’s a representation of 10 jewelry designers that you can hold in your hand, which is out now and can be order here. 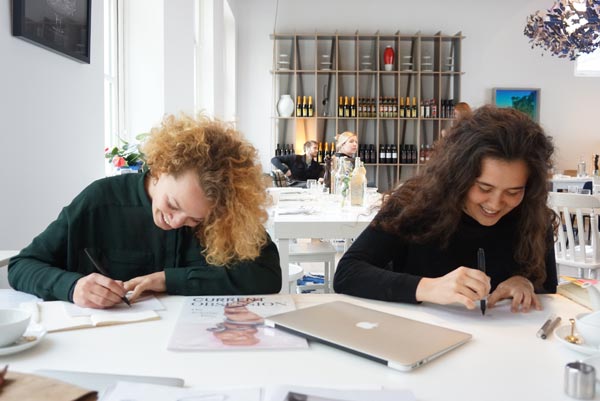 Sarah and Marina draw the Drawn Interview at Hotel Droog in Amsterdam. The 1st Issue, themed Archetype, that they launched in March 2013 in Munich lies on the table. The girls are planning to release the 3rd issue in Spring 2014. 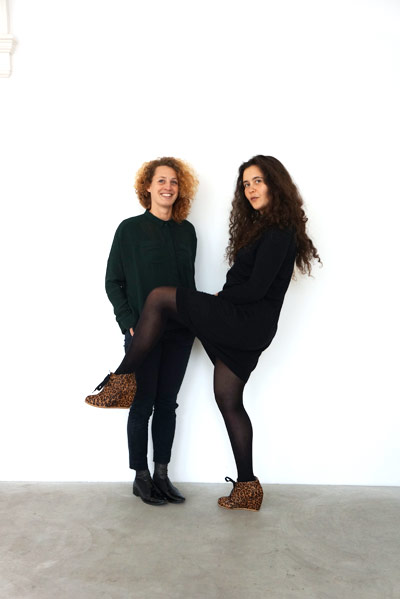 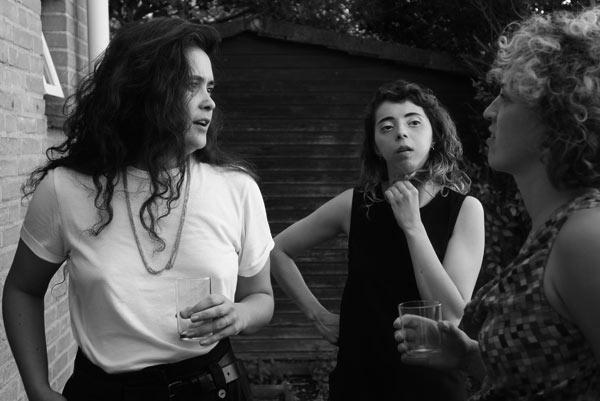 This is taken in front of my Bureau door in Maastricht. Annelisse Pfeifer stayed with Marina for a few months as an intern in Antwerp. Sarah’s new intern Julia Fischer works with her in Eindhoven. All these girls have curly heads. It seems like working at Current Obsession is a hair thing or is it another fascination? 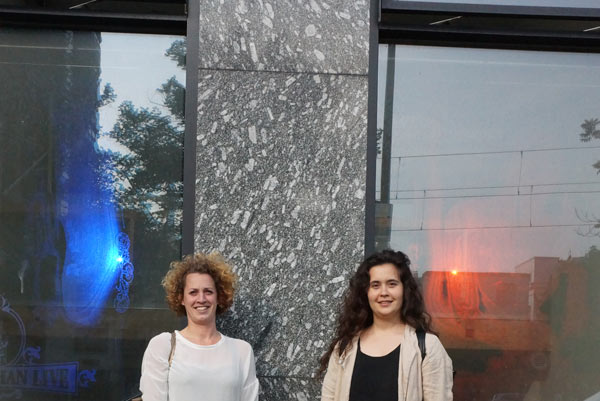 It is the last picture after a meeting we had in Rotterdam in early July. My battery died after I took it, which was anyways a miracle because it wouldn’t switch on before at all. Let’s call it random lucky shot. 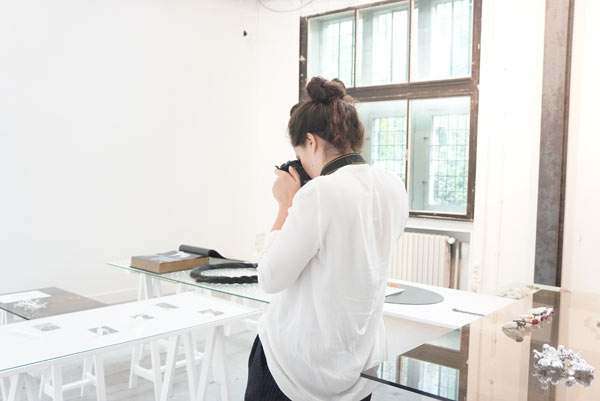 Marina came last week to the press preview of The Wilde Things: the so called contemporary jewllery collection of Mrs. Wilde at Z33. You can find an interview with curator Evelien Bracke on the Current Obsession website. 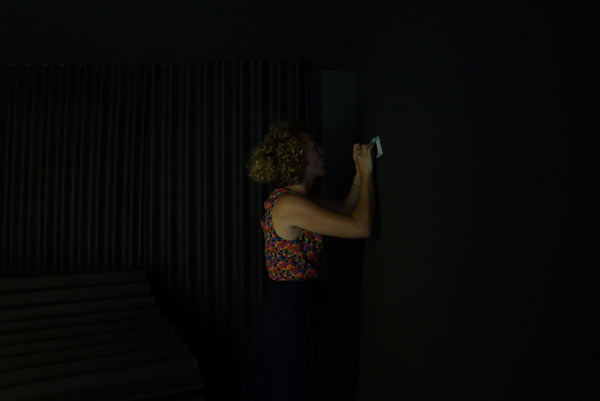 Sarah carefully applies the name stickers of the 10 designers that are part of The Exhibition That Never Happened’. Christoph Sagel and I, SAGEL AND KRZYKOWSKI, we executed the concept of the black room. We painted one of the rooms in my house black, made a darkroom with extreme light, allowing each colourful piece to shine. It is a presentation of formality that makes each piece an desirable piece of jewelry. 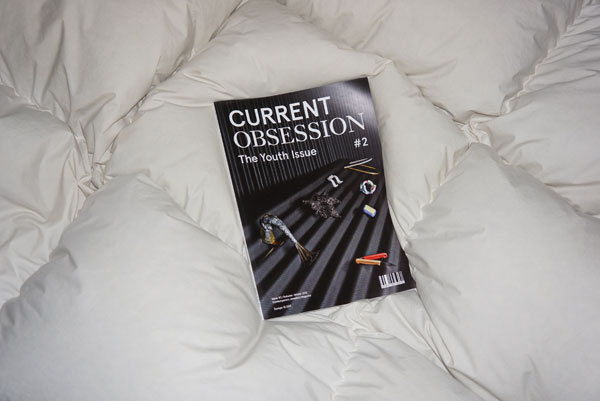 Here it is, a black and shinny Issue no. 2, carefully designed by graphic designers Anne Hennerdal and Linda Beumer. 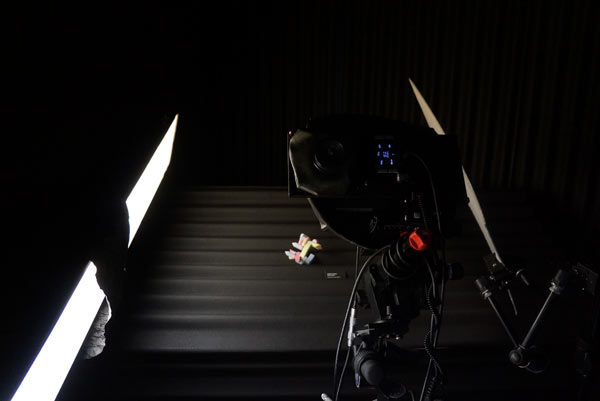 SARAH MESRITZ
I DRAW YOURSELF 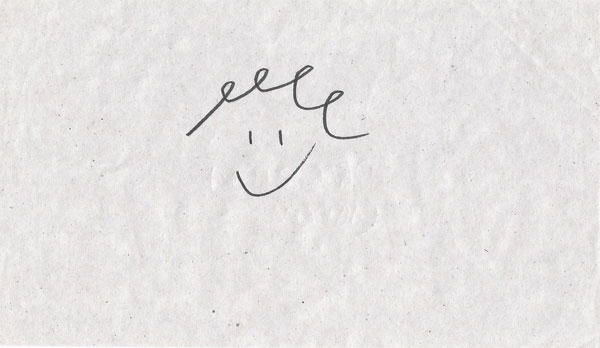 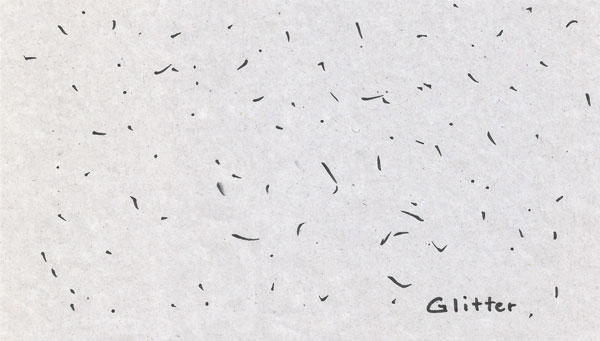 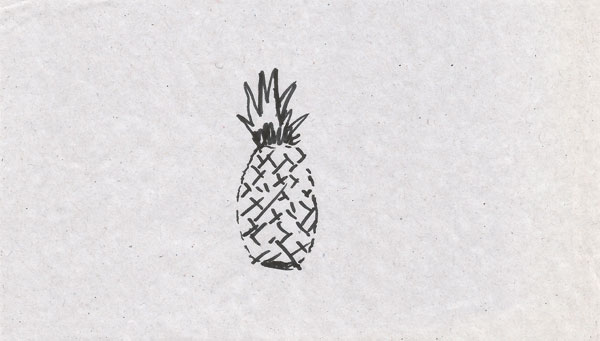 MARINA ELENSKAYA
I DRAW YOURSELF 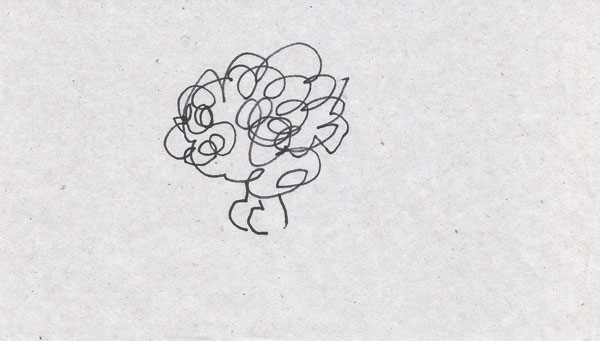 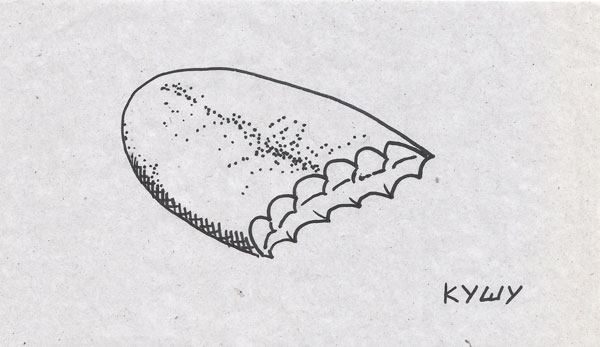 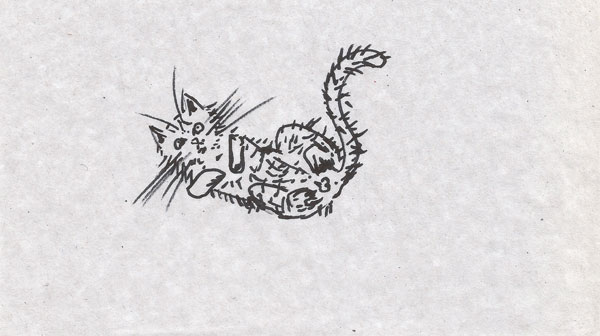