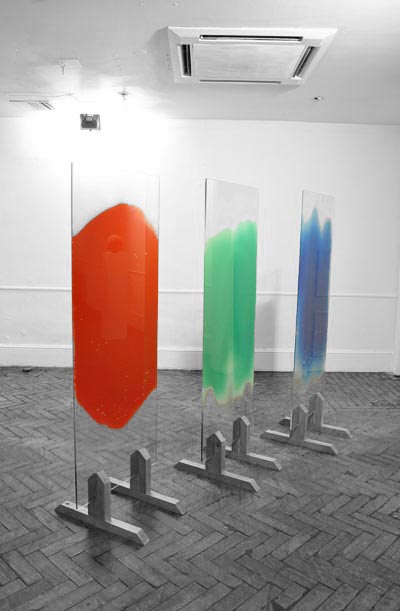 In the recent days the invites for the London Design Festival are flying in, which made me think of the exhibitions that I saw in recent years. ‘Image for a Title’ by Workshop for potential design is one I recall from last year’s festival. The show dealt with “placebo effects in the cultural landscape”, as the organisers say themselves. You can get a personal insight into their mindset by watching this video we produced with Depot Basel. Fact is that these images stayed a draft for almost one year. And now it’s already time for the next show titled ‘Blanks in Between’, I imagine it will be a reference to the space that is subconsciously designed. We will see. For now I allowed myself the laziness of copy and pasting the text of each project of ‘Image for a Title’ from the press release. Memory fades but the appreciation remains. 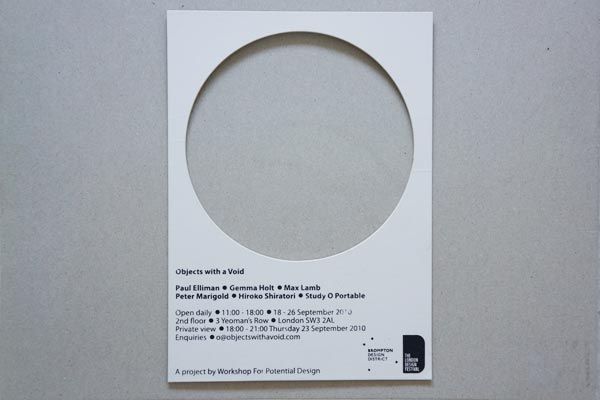 The invite of the first show Objects with a Void by Workshop for potential design from 2010 – probably one of my favorites so far. From the first show I published Peter Marigold’s Dug vessels. Bernadette told me yesterday that she send me one for the upcoming show. Once it arrived I might add it to the post. 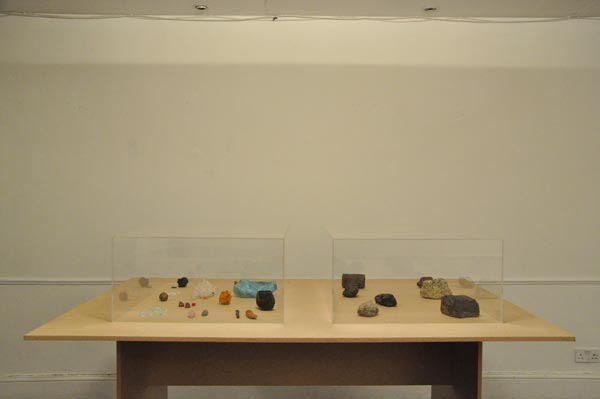 Baby You Could Have Whatever You Like by Paul Elliman

Paul Elliman pairs his display of man-made and found rock and mineral groups with a collection of bricks and rocks picked up on Mare Street in Hackney on Monday afternoon, August 8, 2011, probably coming from St Thomas’s Square or the car park of the Greek Orthodox Church of St John the Theologian 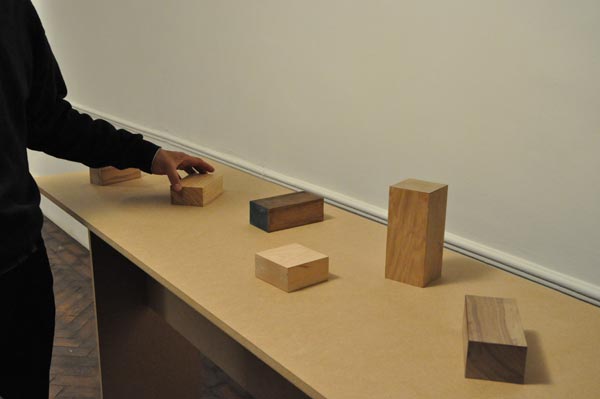 The hand touches a void but the eye, seduced, sees a solid.
Veneers (by definition a decorative facing, a deception, a superficial show) are used to replicate typical blocks of wood; discarded off-cuts now capable of disguising other objects within. 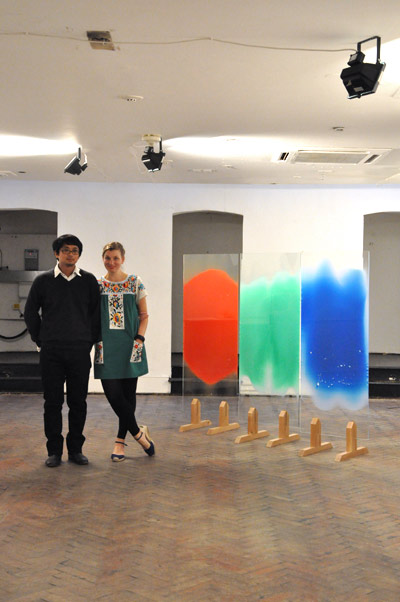 A triptych of glass room dividers made with natural pigments, cinnabar, malachite and azurite which depicts RGB colour mode. A modern triptych we see and use everyday. 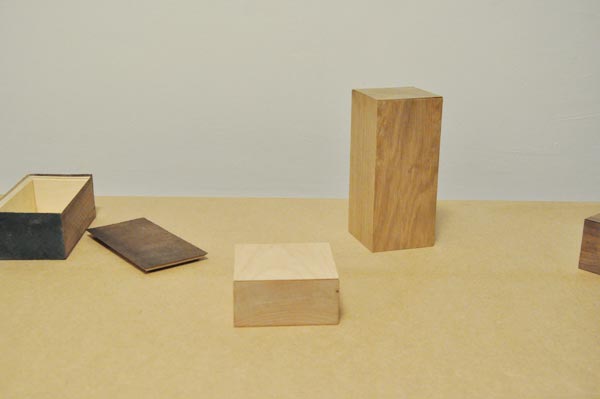 Another view on Gemma Holt‘s Semblance 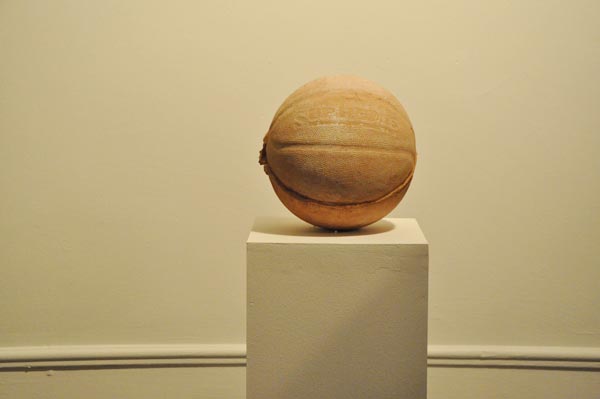 Clay cast of a basketball. “Turned in on itself and tasked to trace its own effects, maybe design can help reveal the contours of the synthetic environment we call home. Perhaps the only way to understand the world we have designed is to design things that can explore it.” 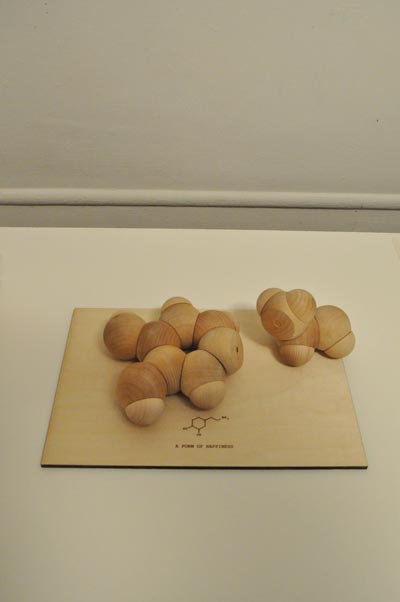 A Form of Happiness by Tim Parsons & Jessica Charlesworth

A Form of Happiness is a molecular space-filling model of the neurotransmitter dopamine. The model comes in the form of a series of individual components representing atoms which are assembled using their embedded neodymium magnets. The kit comes with a pamphlet of stories that explore potential narratives as to how the object could play a variety of roles in an individual’s life. 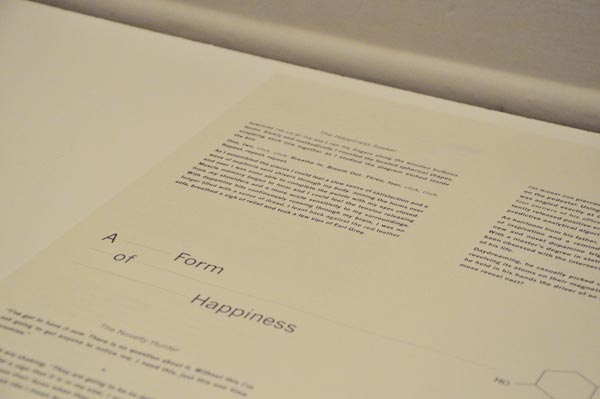 Leaflet for A Form of Happiness 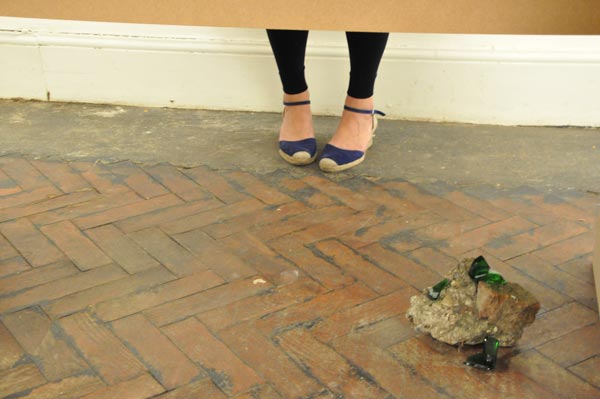 Bernadette Deddens’s feet next to one of Paul Elliman’s findings. A solo show opnes this week at New York’s Wallspace Gallery. If you want to be updated on the work of Workshop for Potential Design simply like their Facebook page.