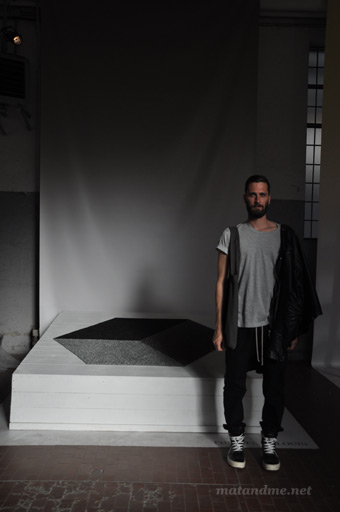 Who cares that people say that Canadian-born designer Philippe Malouin exploited his interns in order to make this rug. People just love rumors. I was at the studio when the girls worked on the rug and they didn’t look unhappy. Philippe even dedicated the rug to one of the girls because she worked on it from the beginning. That’s why it is called Yachiyo. 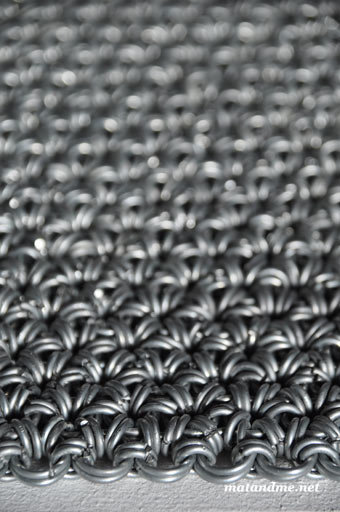 Last week Philippe presented his unique Yachiyo metal rug which was commissioned by the new Carwan Gallery in Milan during the Design Week. The Beirut-based gallery says that they are the ‘first pop-up gallery promoting limited-edition design in the Middle East.’ 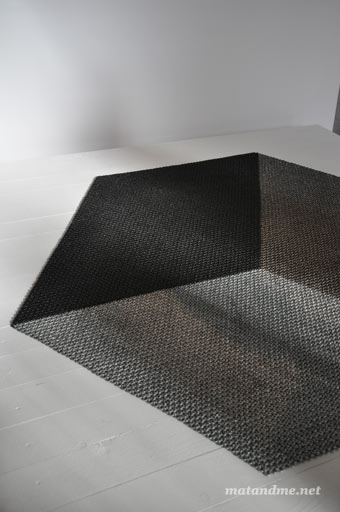 The rug was Philippe’s most complex and time-consuming work. About 12 people, including himself, were working on it. It consists of galvanised steel wire and is completely handmade with the Japanese ’12-in-2′ chain mail method. 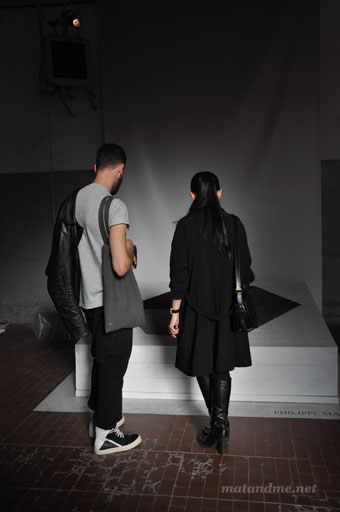 One thought on “philippe malouin: 3 months and endless hours”