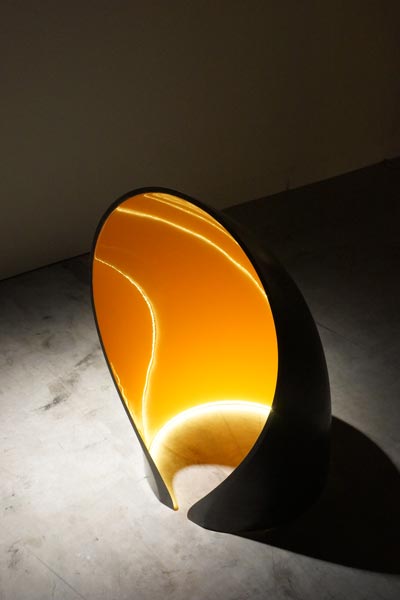 Your own expectations can be your own enemy. I decided to try not to have any. That doesn’t mean it always works. In fact, at design events you sometimes have to make an effort to understand what you are expecting, what they will provide for you and what they are assuming you will take home from it. I go to Design Miami Basel because I consider it as obligatory, even if I play my own games in a less commercial context. I enjoy it to to enter a contrasting scenario. 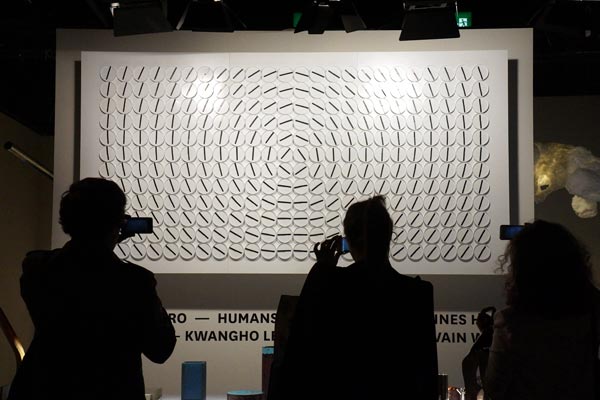 There I was standing in front of the Victor Hunt‘s booth, observing the people that stopped to take a picture of the ‘a million times’ piece by Humans Since 1982, who will eventually upload their images to an overrated tumblr or Instagram account with no thought or reference, being afraid that someone thinks they missed what is cool. Julien Carretero was standing next to me, being amused by my excitement that Kayne West passed by. 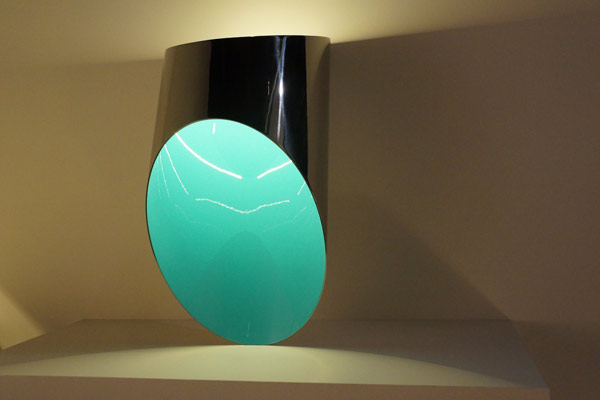 At some point I entered the booth and couldn’t find a name tag to the ‘never seen before’ work in front of me. That was irritating, but good because it allowed me to look first at what I saw before I put it in context to some designer I know. Julien mentions in passing that is’s his newest work for Victor Hunt. Really? 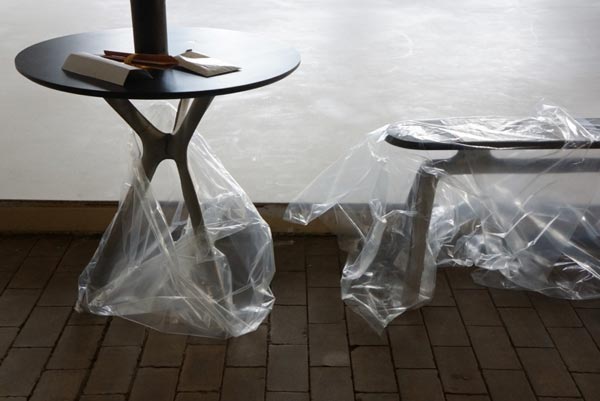 I was excited, simply because I know Julien since 2008 (drawn interview) and followed his work since than. One of his previous projects that I reported on, the Stencil Project, that I took a picture of wrapped in foil in his studio couple months ago, became almost a tiering project that was attached to unfulfilled expectations to the process. His goals were always high. 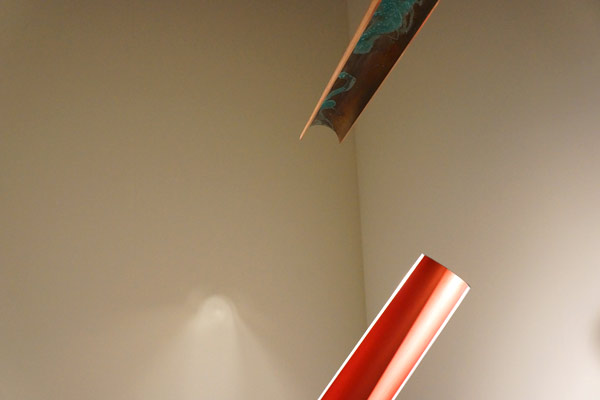 We talked about the feeling of being satisfied in what you do and the pleasure of making. He smiled in the most honest way. It must have been pleasurable for him to work on what was in front of me. I told him that one aspect of my unexpected positive reaction is also related to the fact that it felt like the work was done by a female designer, not by a beared French designer. He laughed. And I liked the work more. 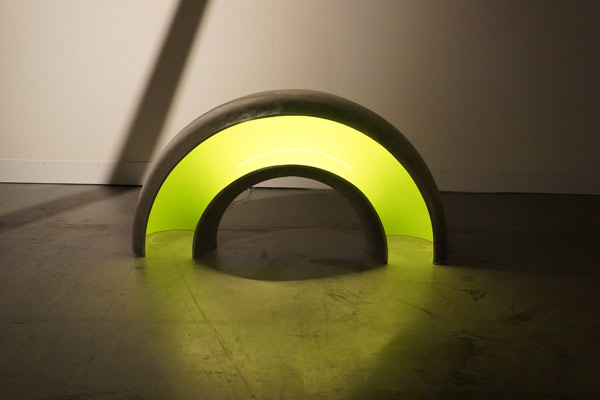 The ‘Contrast’ lamps are made of aluminium, brass, steel, stainless steel, copper and bronze. It stands for the differences of inside and outside or heavy and light, for example. The shapes of each light emerge from the tubular steel and shaped sheets of metal. I thought I couldn’t see any project made in oxidized metal since Lex Pott, who had done also an excellent job in that field, but it turns out I was wrong. 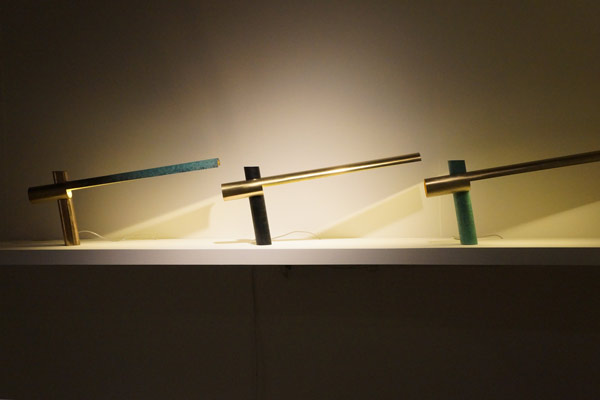 There is also mirror polishing, lacquering, various types of brushing, anodizing, chemical darkening, some traditional patinas involved. Oxydyzing is one among others. He says that “Technically, the most challenging part of the project is not on the finishes but on the way the metal profiles are machined to obtain the shapes.” Most lamps feel like a planned experiment. All feel light and playful. Some of them remind me of Memphis, possibly because of the colourways. Especially the green one on the ground. 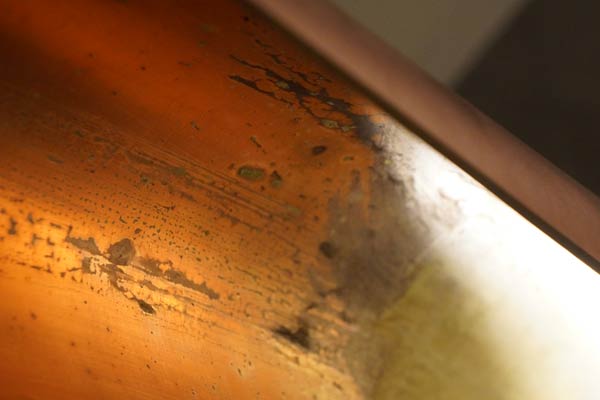 I didn’t expect anything and came across the personal development of Julien Carretero. What I took home is a memorable and sincere moment with him that took me by surprise and the fact that my excitement stopped me from taking a picture with Kayne – there is a win, there is a loss! 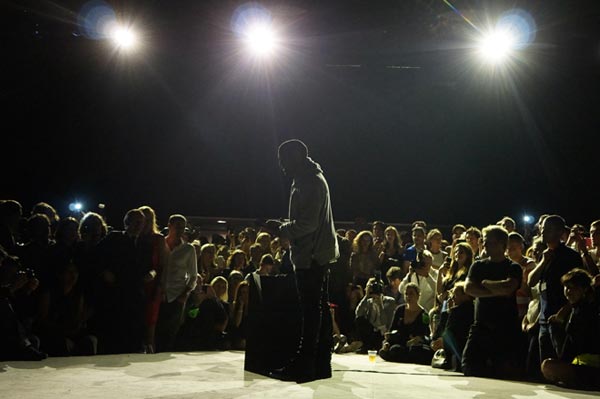 I snapped him later on stage when he premiered his upcoming album via his laptop at Design Miami/Basel. It was a disappointing performance when you saw him really performing live in the O2 arena London before. Well, weren’t I talking about expectations before? 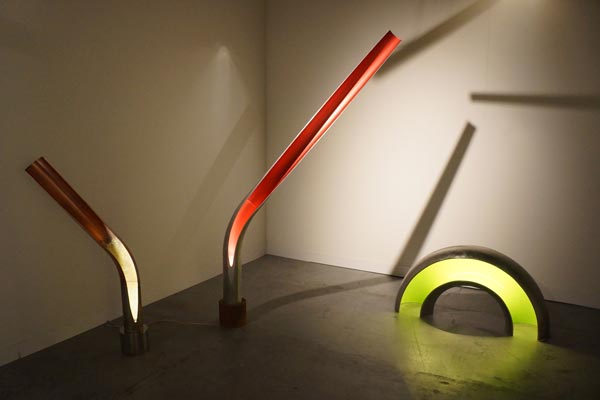