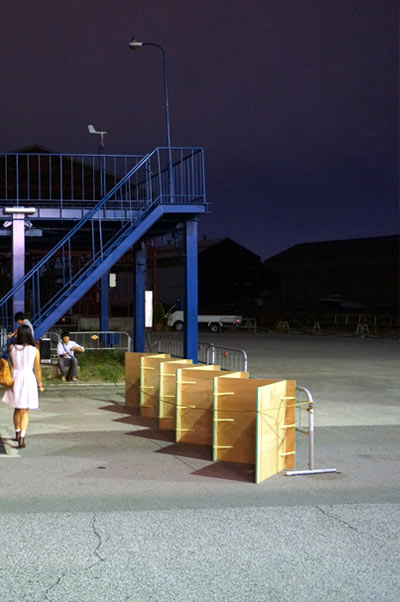 At night the sky appears to be mostly a dark void, but on the first night of Designeast the sky was tinted with dark blue and purple – a rare and perfectly wonderful sight that concluded the day for me. Earlier I was surrounded by new circumstances: the breeze brought by the coming Typhoon, the foreign language, the obvious history of the location and the people that came with it. Temperature and humidity hung in the air and alien smells of food that filled the first and second floor of the location. It happens to be that this year’s edition of the Symposium was themed ‘Topophilia’, which is generally a study of environmental perception related to human beings or it is the feeling of affection which individuals have for particular places. This is a term introduced by philosopher Yi-Fu Tuan. But some argue it was conceived by the French philosopher, Gaston Bachelard in his seminal work, The Poetics of Space. There are certainly many more. I made the right choice to come to Osaka and attend the Symposium. I felt the affection. 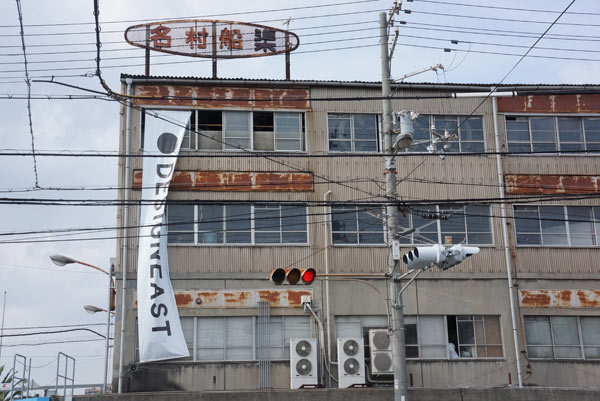 The location for the the yearly symposium that is in his 4th year is a former ship factory in an industrial area outside of Osaka, which serves as Creative Center Osaka 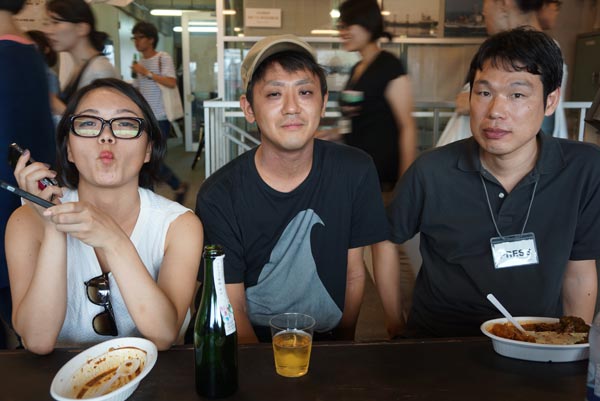 Mamie Nishida who guided me and connected me with all sorts of people (Arigato, Mamie San!), Yoshinao Yamada from Pen Magazine and journalist Tatsuhiro Tsuchida who already met in Basel 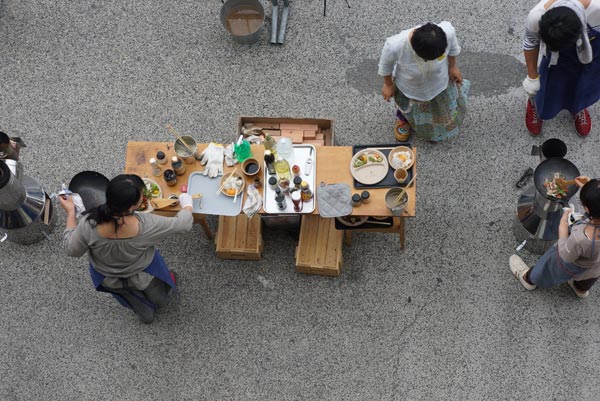 Various delicious dishes like pork on rice and plum or amazingly flavoured curry with boar or spinach were available during the event. In my opinion good food should be always provided on an event where people gather. 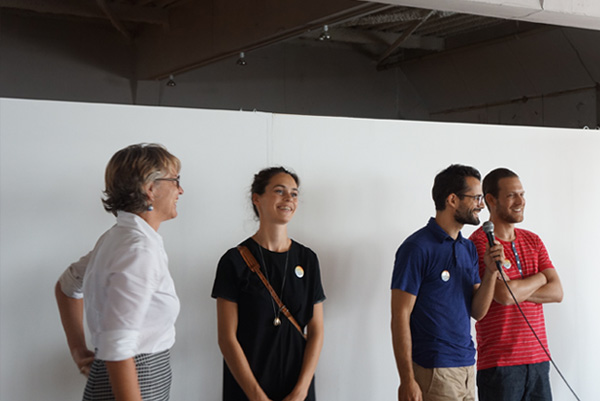 The actual day was filled with talks of various Japanese guest which I couldn’t follow because they were just in Japanese. Later that night I attended the talks of the Dutch guests. Anne Mieke Eggenkamp, Kirstie van Noort, Thomas Vailly and Itay Ohaly . Thomas and Itay presented their recent project C-fabriek, unfortunately presenting their success without referring to the supporters, the real experience or their failures. Kirstie showed us beautiful images and results of their porcelain project. Too bad it all stayed superficial. How do they make money with it? Where is the budget from? What is the next step? should be the topic or at least a link to the theme of the Symposium? It was all a little bling bling. At last Anne Mieke gave a presentation about Design Academy projects that were successful and defined new roles of designers, as she says. Also not underlining any difficulties. However, I enjoyed that she used to ask the students these questions: ‘Who are you? What do you want to do? And what are you good at? Questions that should be asked once a student enter a design school, because they mostly don’t know. In fact we should tell them how reality looks like. 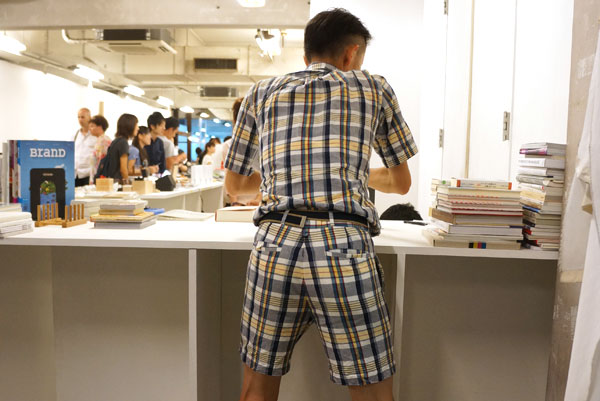 Almost every design event goes for the tradition to have a bookshop – or presenting a selection of books. These ones were mostly Japanese of course. Apart from that there were a selection of objects and designs that you could buy. A small stall with pieces selected by Designeast. 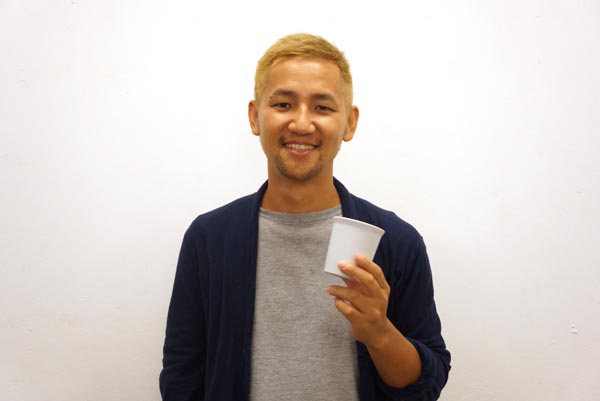 Teruhiro Yanagihara, Designeast Executive Committee and also designer of a porcelain series TY for 1616 Arita Japan. Three of these cups are coming home with me. 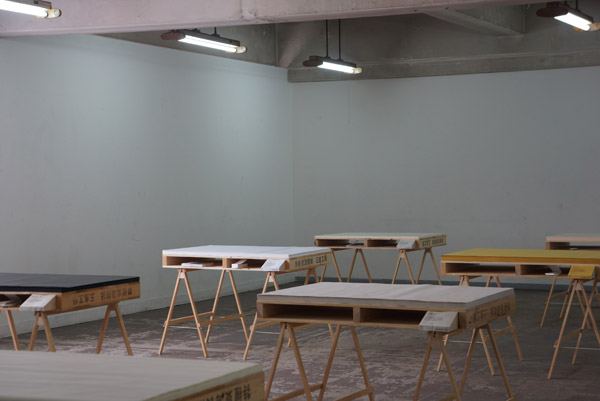 A small part of the exhibition of Japanese graphic designer Tamotsu Yagi. What you can’t see here is the many examples of his work that was displayed next to it. 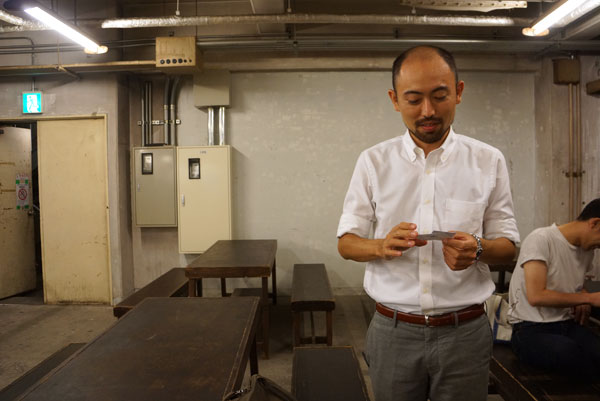 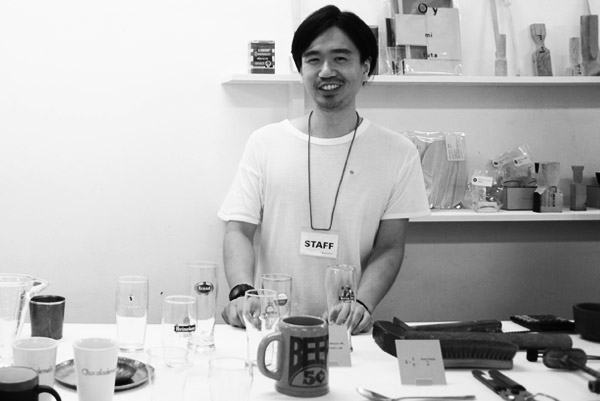 Designer Ryohei Yoshiyuki from Oy, a brand he runs with his girlfriend Oue Akiko 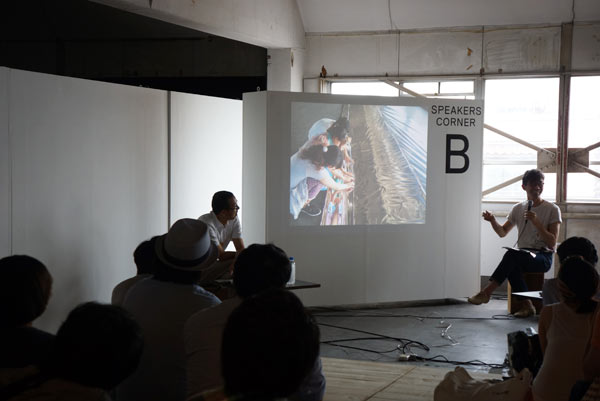 Speakers corner (as it already says) 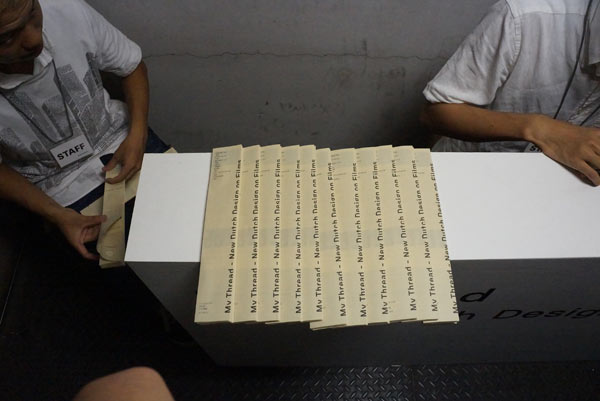 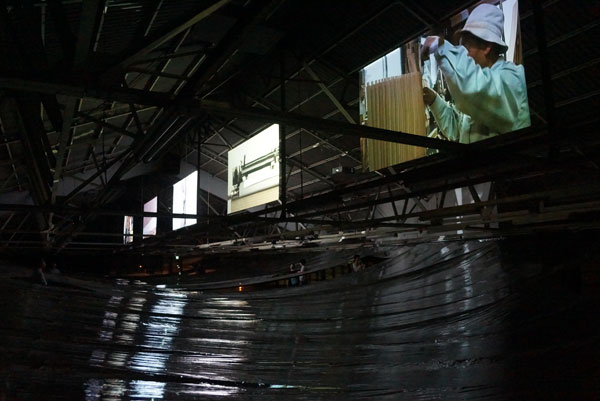 Installation with movies from Paul Heijnen, Borre Akkersdijk and many more Dutch designers. 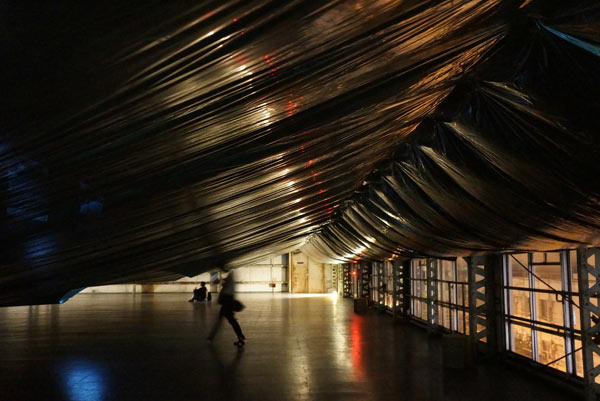 Another view of the installation 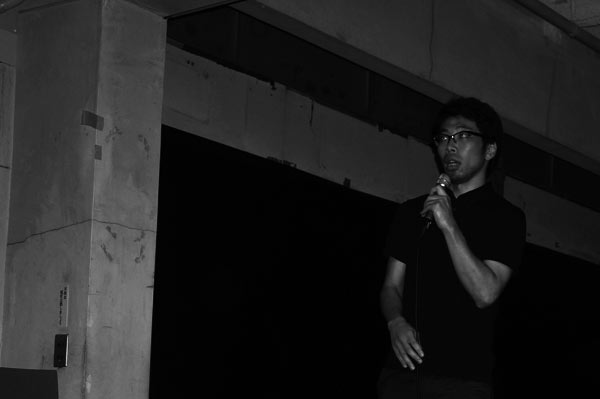 Daijiro Mizuno, hosting the talk series at Designeast 04. He attended the Royal College of Art in the UK and got a doctorate and master’s degree in fashion. 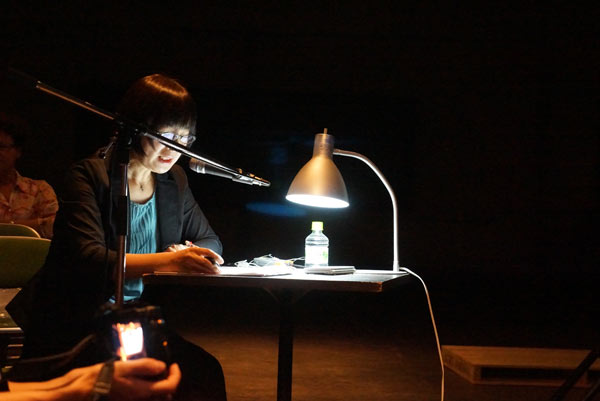 Japanese Translator – English, a fantastic lady, who unfortunately doesn’t know what molding, rapid prototyping etc is, as I was/ told. She was amazing but struggling with some of the design related keywords. 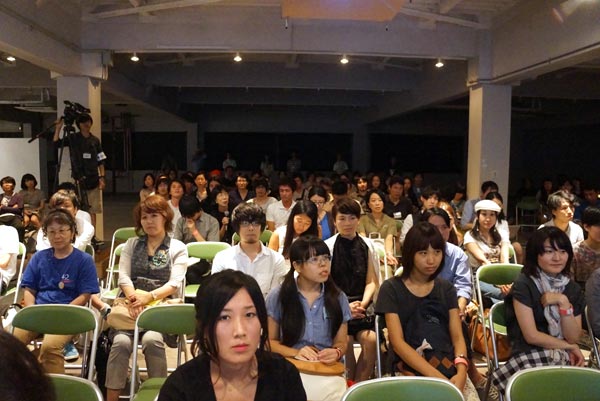 As you can see the audience was Japanese, probably around 400 people on that day. It felt like the right amount of interested people. 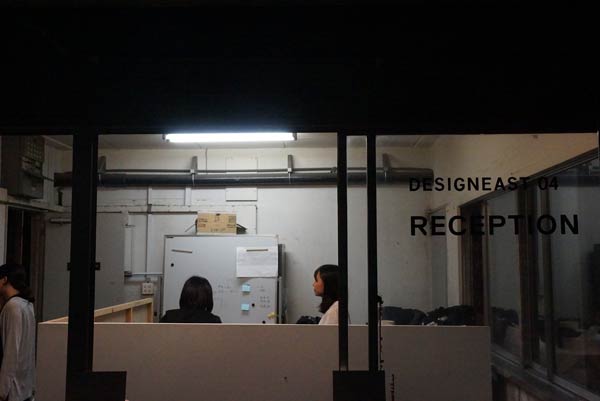 Last peicture when we left the location at 10 pm 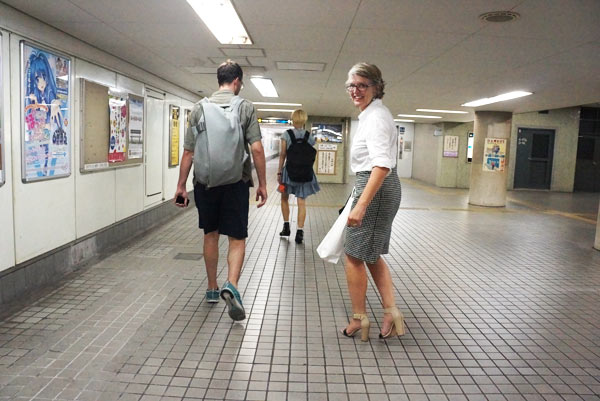 Swiss designer David Glaettli and Anne Mieke Eggenkamp in the Metro, on the way to the joint dinner that finally brought everyone on a table, with big amounts of food that everyone was struggling with. And with beer and sake, that everyone enjoyed a lot.