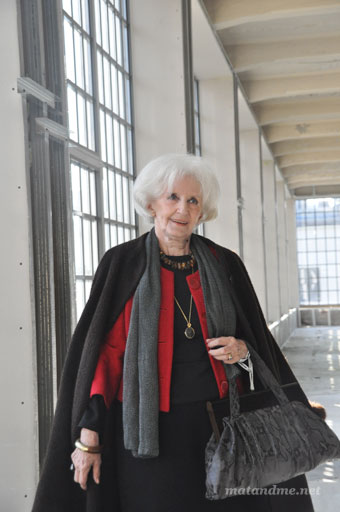 Once I arrived in Łódź for the Design Festival last month, people told me about an armchair of an Polish design pioneer, that was introduced to the world in the exhibition ‘Chcemy Byc Nowoczesni’ (We want to be modern’) at the National Museum in Warsaw this Summer. I haven’t seen the mid-century Polish design exhibition myself but it is described as ‘featuring the most important examples of polish design, rarely seen in the west’ and ‘exemplifying the richness of Poland’s design history’. I was curious, even hungry to get to know more. That’s when suddenly an old lady asked Małgorzata Żmijska (Programme Director of the Festival) and me, if she can sit next to us at the table in the coffee bar. Here she was, the woman that lost her husband in 1997, eating cheesecake and telling me about her beloved Roman, who in her eyes, was the most talented man in the entire world. Not just because he designed a revolutionary armchair. 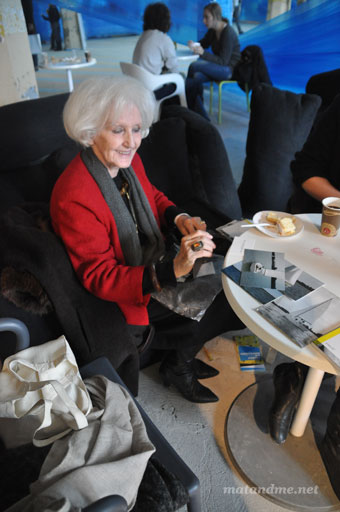 She pointed at her ring with the big amber stone and said:’This precious piece is also made by Roman. He was able to do anything!’

The armchair was displayed before, for example at the Cold War Modern: Design 1945-70 exhibition at the V&A, but attracted even more attention since announcing that there will be a retrospective of the late designer in 2012 who was also sculptor, artist, teacher, jewelery designer – and boat builder. He was also one of the first artists in Poland experimenting with plastic. Revolutionary in the 50s! Modzelewski presented the first two prototypes in 1957. I was amazed, when Lady Wera told me that Le Corbusier was interested in buying her husband’s patent of a plastic armchair. Le Corbusier’s idea was to to implement the design into mass production. Wow!! ‘Unfortunately back in the days a cooperation between Poland and France was practically impossible’ Wera tells. ‘They tried many years until they had to give up their plans’. That’s when Roman Modzelewski put his chair design aside. 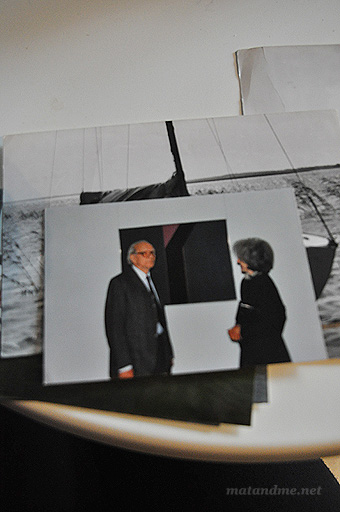 Roman and Wera Modzelewski together at an opening of an Art exhibition. Lady Wera had a little photo album in her handbag. She showed me many private snaps together with her late husband. There were also some images of unpublished work that will be on show next year in Warsaw. Some of them were surprising, not all of them were my taste. I guess, if the situation in Poland in the 50s would have been different, people all other the world would sit or eat on furniture pieces by Modzelewski now. But back than the boundaries didn’t allow it to be spread. 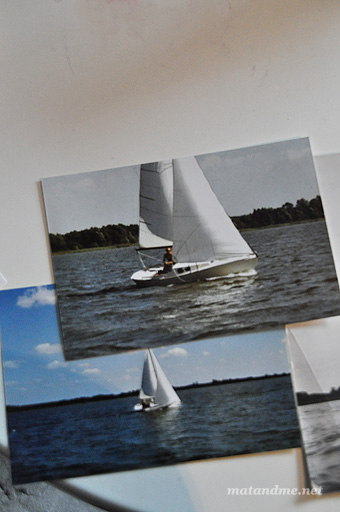 In the mid-1970s Modzelewski designed and built a yacht to be made completely out of plastic named ‘Amulet’. It was a great success and became a legend in the Masurian lakes. He worked on another boat called ‘Talizman’ in the 1980s. I guess after the disappointment with the Le Corbusier collaboration Modzelewski was looking for a greater challenge, which he obviously put into practice. Now Lady Wera Modzelewska takes care that the artistic heritage her husband left will be unforgotten. I am delighted and I fell honoured to have met this gracious woman. 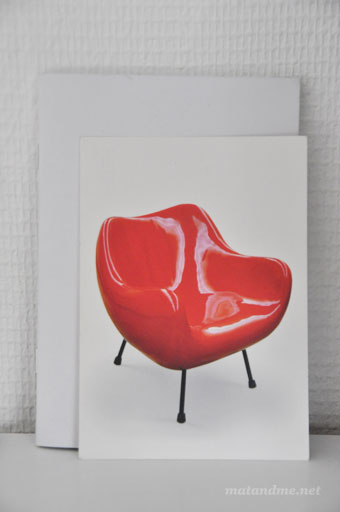 Armchair fully made of plastic by Roman Modzelewski, 1956, on a postcard from the National Museum Warsaw for the exhibition ‘Chcemy Byc Nowoczesni’ (We want to be modern) June 2011 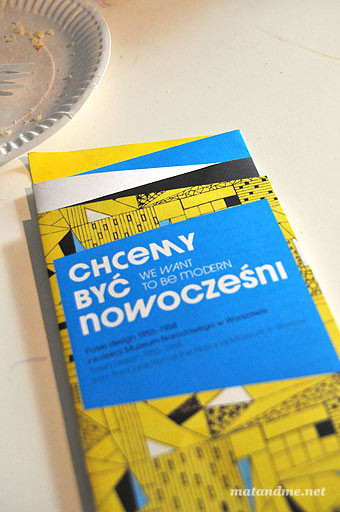