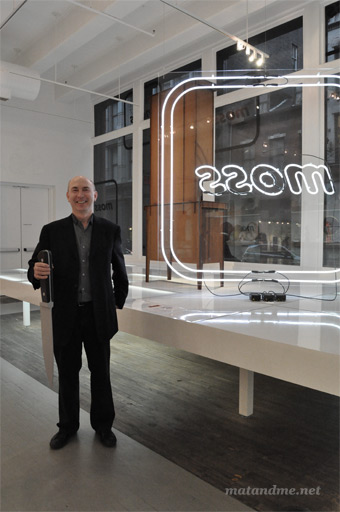 Probably everyone within the design circuit knows Moss, design store and gallery in Soho, New York. I wanted to see the location and also meet the person behind the business empire. Murray Moss invited me to visit him on a late afternoon in late September. The current exhibition at the gallery was called ‘Make Me’, a show about the present hype of handcrafted design. Murray keeps up with the times, but mostly he is ahead of it. 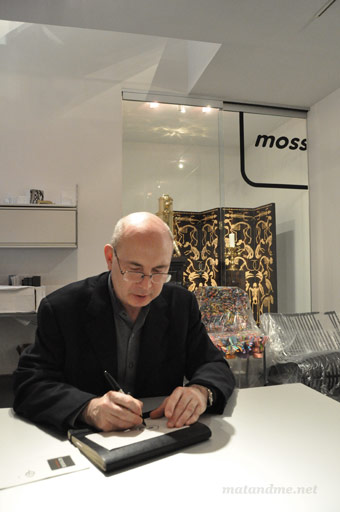 Murray draws the drawn interview in his office which is one level below the showroom. In the background is a room divider by Studio Job and a chair by Maarten Baas, probably some of the pieces from the ‘Dutch Masters at Moss‘ show from 2008

Murray shock my hand and smiled. I felt welcome. I actually felt very welcome because of the way he looked at me. A warm glance combined with a certain curiosity in his eyes, was what I recieved. We sat down, with a tea and a coffee and talked to each other in a way that made me feel we understand each other.

Murray told me about his initiation and some of his friends. I guess, he knows all within design. He named Hella Jongerius for her whole attitude, praised Patrick Jouin for his inventions with Mgx by Materialise and described the 90ties as a time where design became more sober. He wanted to know more about me. About the idea of my drawn interview collection. It is nice to do an interview, but it is even nicer to have a conversation. 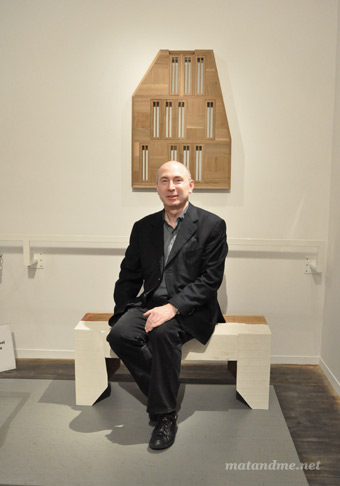 The entrepreneur started with acting forty years ago, afterwards he run a fashion company, which somehow made him become interested in industrial design. He combined his passion to industrial design and studio production and since almost 20 years the gentleman has the title ‘art dealer’ but is actually involved in design. He made a lot of things happened. I guess, everything he did, he was just himself. 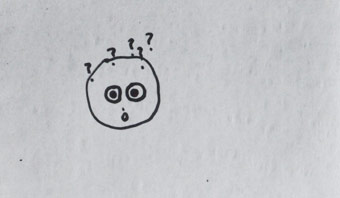 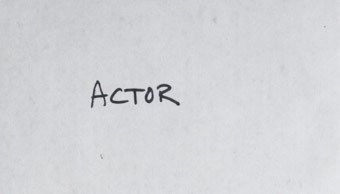 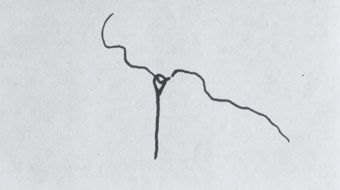