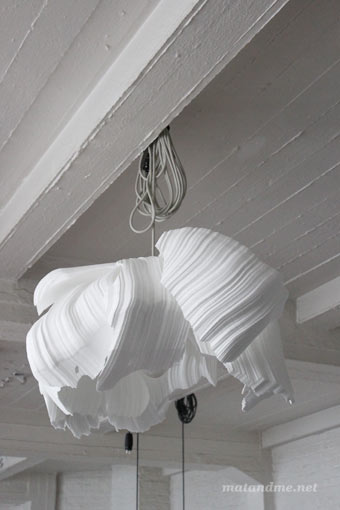 One week after I met Korean designer Kwanghoo Lee and his designart dealer in Rotterdam, I visited Victor Hunt in his Brussels-based gallery. Next to many other designers pieces and lots of Kwanghoo’s knitted electric cable objects were also a series of styrofoam suspended lamps made. 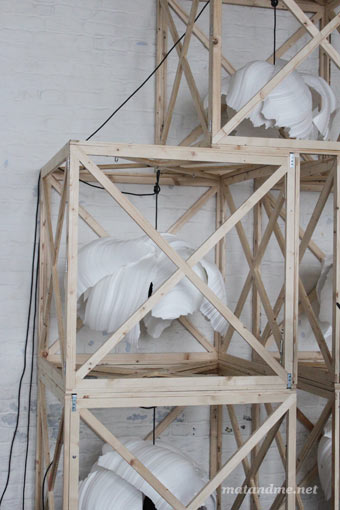 The lamps were presented last year at Design September at Hunting and Collecting store. It seems as if Kwangho, after a trip to the north pole, cut pieces of an iceberg and assembled them into individual lamps. I think he applied a magic trick and stopped them from melting. 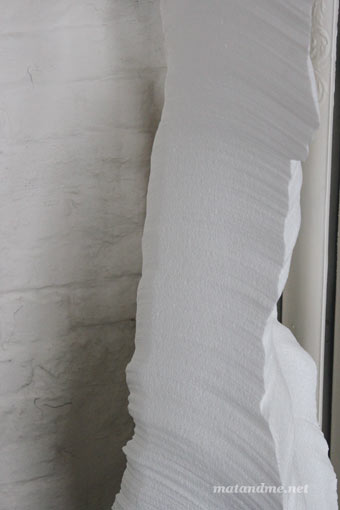 One thought on “kwangho lee: ps. he is also good with styrofoam”