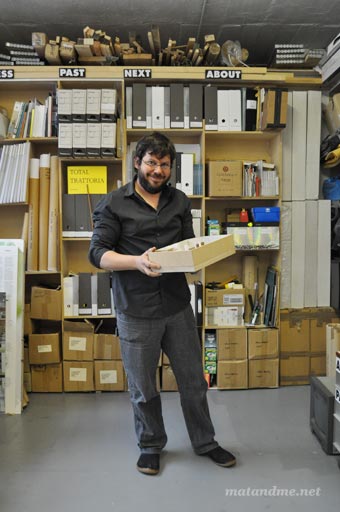 Daniel Charny at the storage room of the Aram Gallery. The curator and senior tutor on the RCA‘s Design products course holds a model of Martino Gamper‘s Total Trattoria in his hands. 2 year’s ago he commissioned Martino to create a dinner including the whole necessary set-up of table, kitchen and dishes.

This is just one example of the over thirty exhibitions he and his assistant curator Ellie Parke presented on the 3rd floor of the Aram store. The gallery focuses on contemporary design and is keen on presenting experimental and early career works of designers. The combination of being a tutor and a curator must be perfect in his case.

Daniel and I talked about the upcoming London Design Festival. The next show at the gallery will be dedicated to Dutch designer Ineke Hans, which opens during the festival. The multitasker is also involved into the Anti Design festival, which aims to be a direct response to the pretty commerciality of the London Design Festival. Neville Brody, Daniel and some other people had an idea for the need of change. Daniel is also consultant curator of the Design Museum and runs his own, independent projects under the name From now on… I would recommend to have a look on his website because I definitely want to stop with the name dropping now. Needless to say, Daniel Charny does his job right and has some good people around. 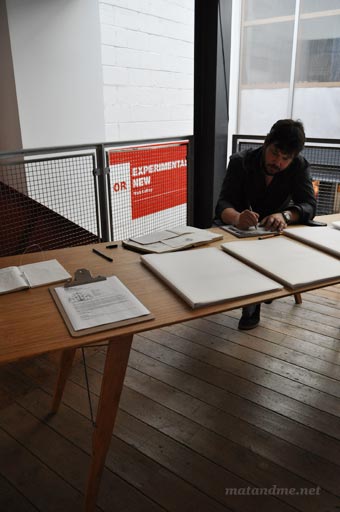 ‘Experimental or new’ is Aram Gallery’s theme – Daniel does the ‘drawn interview’ on Jair Straschnow‘s table, one of the pieces of the bamboo furniture designer, which were exhibited at the gallery 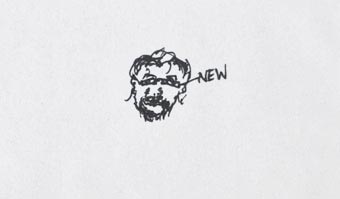 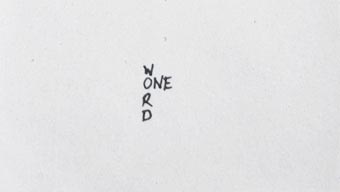