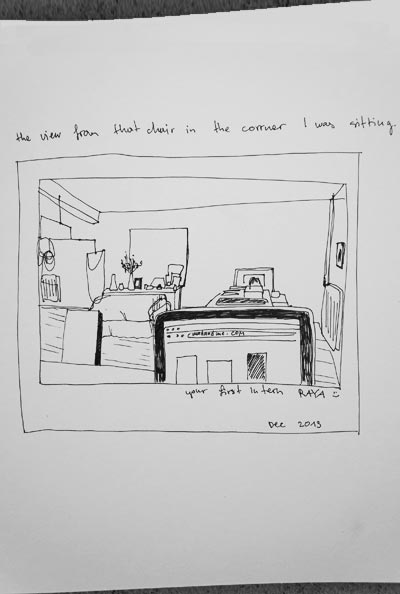 ‘The view from that chair in the corner I was sitting ‘ – A surprise post by Raya Stefanova – the first intern at Bureau Matylda Krzykowski. Aug – Dec 2013
Â
As every designer I was looking for a surprise experience for the mandatory internship after my third year at Design Academy Eindhoven. â€¨I already had done internship at Sruli Rechtâ€™s studio in mystical Iceland, so this time I was not tempted by an exotic location rather by a different experience, which I hoped I could get at Bureau Matylda Krzykowski, just an hour away from Eindhoven. I had only one wish to go on a place where I will escape from the â€œDesign Academyâ€ routine but still not get too far from it. Matylda looked like the perfect person to work with since she is so closely related to design (also to a lot of DAE alumni), but not exactly focusing on making things. I applied very intuitively and Matylda got back to me. A few weeks later we met and the connection was made. We got along from the beginning, but both of us were not sure what to expect, especially after she proposed me to live in her house, so I can save the money for rent. On 1st of August I officially started by working and living with Matylda. So this is how the surprise was born. 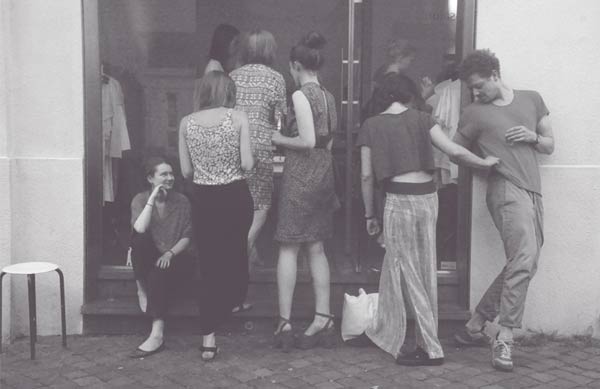 On my first day Matylda introduced my to the friendly atmosphere of Maastricht at the opening of the Studio Store of her friend Lena Berens , who makes timeless clothing 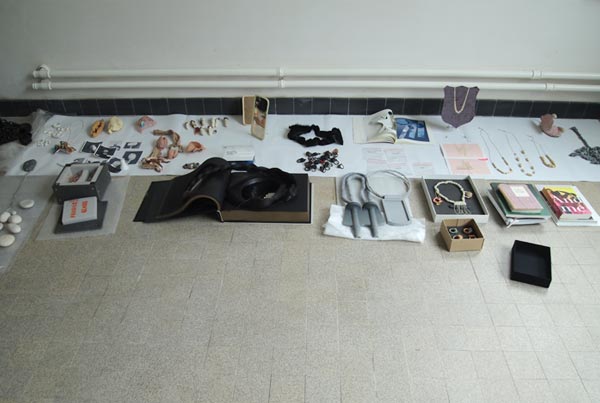 Along with the summer vibe August was trembling.Â A video shot in Gent, Belgium, for the exhibitionÂ â€˜The Wilde Things â€“ the so contemporary jewelry collection of Mrs. Wildeâ€™ at Z33, house for contemporary Art in Hasselt, Belgium … 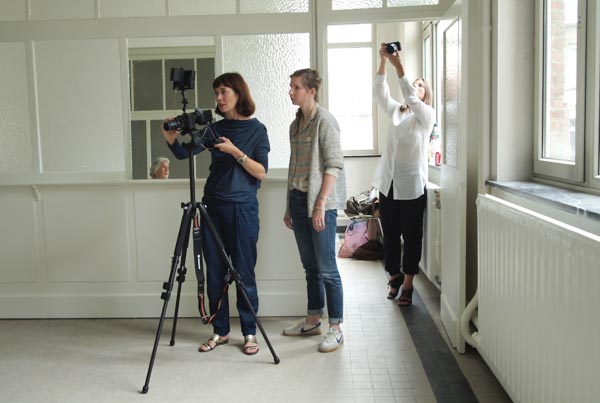 … experiments for the commissioned mobiles for GalleryÂ Helmrinderknecht inÂ Zurich, Switzerland… The beauty of the mobiles was the movements! 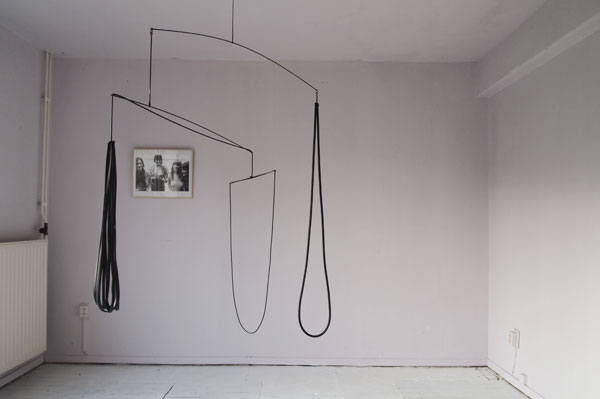 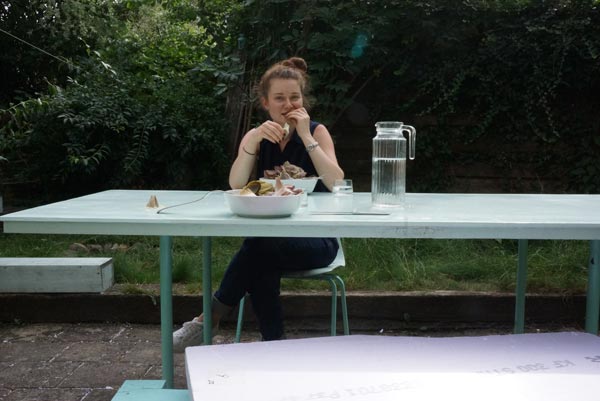 … a lot of time spend in the garden… 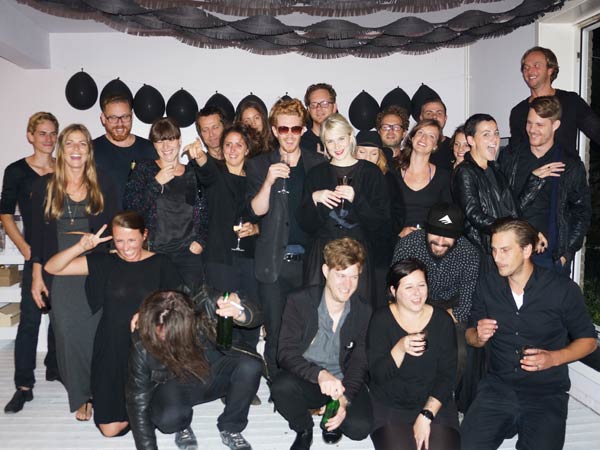 … and not to mention the MAT black Birthday party for Matylda’s birthday. 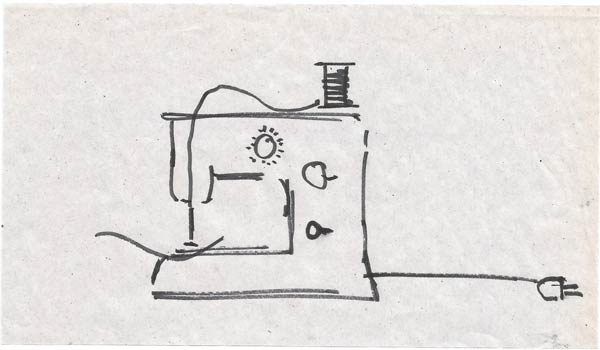 From hard work to finish the series of mobiles to a little holiday while Matylda was away in Japan. I was getting drawn into the Drawn Interviews trying to imagine all the memorable meetings Matylda had with all designers. Scanning may sound boring but I actually enjoyed it and learn a lot. Finally I set up an archive of all Drawn Interviews on a Tumblr page. 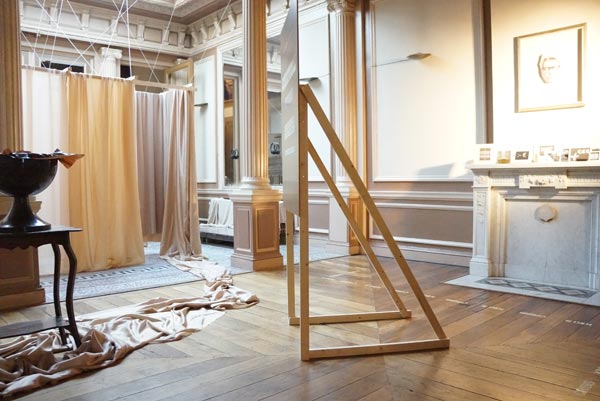 October was exiting. Matylda was one of the mentors at The Educational program part from The Great Indoors. It was a six weeks workshop together with students from UHasselt where I also took part (our blog here). 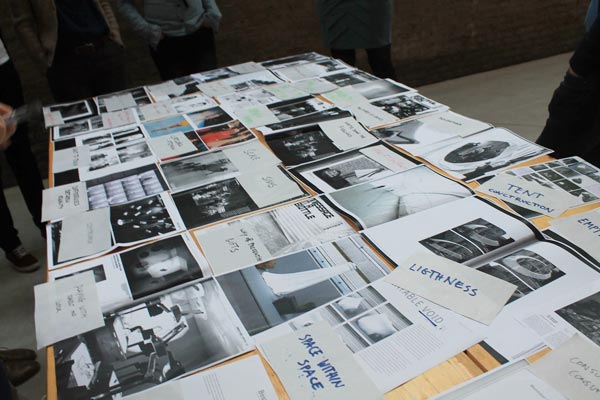 We did not win the price but we are all very proud of the results (which you can see in a previous post), it was great experience indeed!Working with Matylda is far from boring, there is a lot of physical and mental action you have to jump and run in the same time. Also Matylda is jumping from project to project and travels a lot. At the ceremony of The Great Indoors (see video here) Agata Jaworska asked me how is to work with such an active person like Matylda, and I confessed that often I feel too slow around her, maybe because I do not like running. But as it was getting colder in November and December I was getting more and more grounded to the Bureau work. I thank to Matylda for all the freedom and trust she gave me, the shared experience, the openness, and the advises how to deal with designers; it is truly exceptional for an internship. I hope I manage to surprise YOU (Matylda), as you always requested when I asked you how things should be done. Although we are from generation Y, which tends to be never surprised.