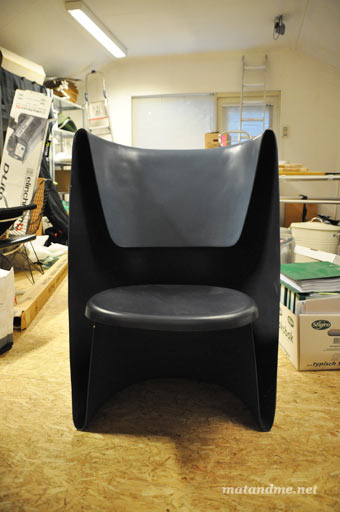 I got an invite to the Designer BBQ of the B2B Graphic Design studio and went there on Friday. It was great to catch up with some of the creatives in Maastricht. Next to food and fun, I found out that the owner of B2B, Bernhard Bulang, is also a design collector. He showed me and two of my friends around his storage and presented some of his pieces. I got really excited when I saw this one. It is the ‘None and Nino Rota’ chair by Ron Arad that was launched in 2002 for Cappellini, named after the renowned film composer. It also plays on the Italian diminutive and augmentative suffixes. 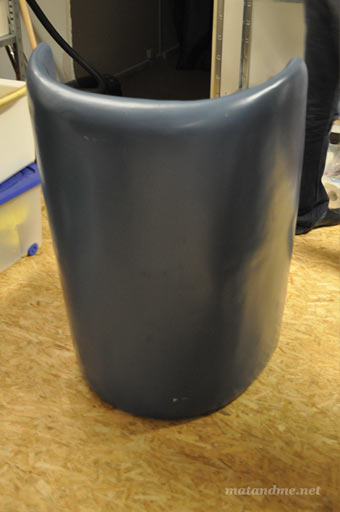 The chair on the picture is made in one color and is obviously a prototype, because later the chair was realised in Rotation-moulded polyethylene and in two different colours for the outside and the inside, which is not the case here. Otherwise it would be orange/red, white/butter, blue navy/dark blue or green lawn/dark green. Too bad they did that. Plus this one is not very stable and even possible to sit on. The final chair is also signed with ‘Nino Rota Designed by Ron Arad for Cappellini’, which is also missing here. Before we left, Bernhard told us that Ron himself approved that it is one of the prototypes. Ron was sitting by chance next to his friend Maurice Mentjes who he send an image for confirmation. In Dutch you say: Wat een bofkont! (What a lucky beggar!) 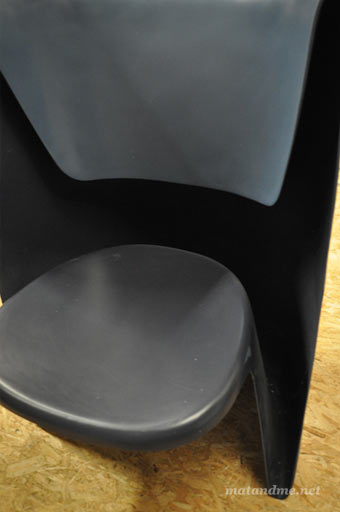