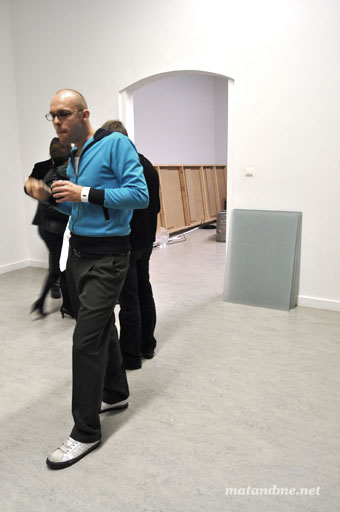 Rocco at the opening of Toegepast 15

Rocco Verdult is one of the 5 participants of Toegepast 15, the 15th edition of Belgian support for recent design graduates. A concept by the Design Platform Limburg and the Z33, centre for art and design. This concept is already very popular in Belgium and in the Netherlands but should be known (and copied!) in other countries as well. It’s a good opportunity for young designers to start off in the industry. Obvioulsy that’s what Rocco thought as well. He graduated from the Design Academy in the direction of Man & Living and was looking for a chance to communicate his idea of design. Toegepast gave him the possibility to exhibit his 4 last projects, which are focused on the gathering of people and the experiences they make. For Rocco design is not necessarily an object, he finds creating a moment within a context as important as what design usually means. During the last year, while he was working on Toegepast 15, he experienced that exhibiting is not his strong side. He rather likes doing projects for people in order to communicate his ideas by experiencing situations, and not by telling them how they are. Even if Rocco thinks that his exhibited projects does not have the same value like the actual happenings, it is worth to go and see the Toegepast 15 show at Z33. The show runs till 12th December. It’s plenty of time to have a look at the work of 5 emerging designers with 5 different visions. 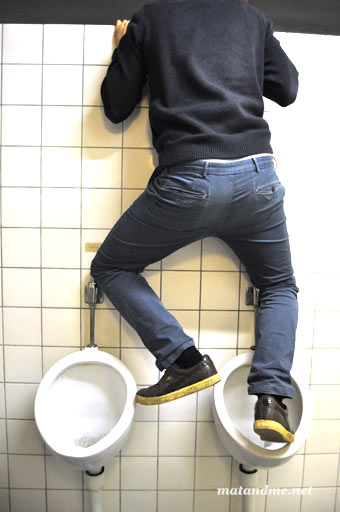 Rocco (picture above) one day before the opening of Toegepast 15 – he does design experiences or just experiences design? Or is he just fooling around? He does all of it and is about to become a main character for social design. The Eindhoven-based designer is also nominated for the Rado Young Designer Award, which will be held during the Dutch Design Week this month. A prize that would make more projects possible.

‘proosttafels’, a design by Rocco where the users are forced to prost and get to know each other through the table. People sometimes can’t get over their shyness and have problems to get to know other people. This table makes you get to know the people around you in a playful way. 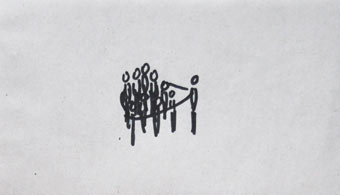 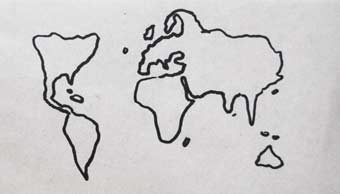 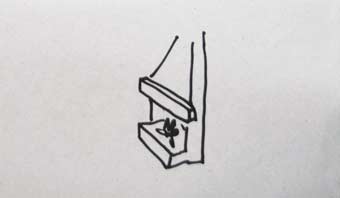