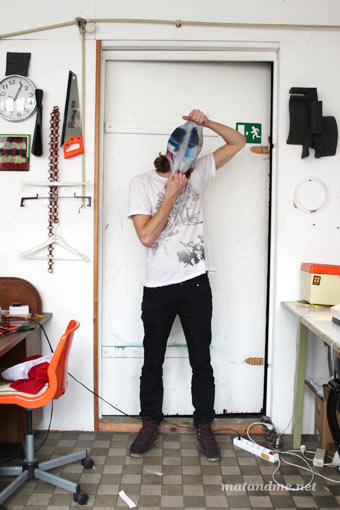 Niek does the ‘patch up and roll’

Niek Pulles sees himself as experimental and visual inspirator. The Eindhoven-based Design Academy graduate stayed in the city and dedicated his life to a long list of disciplines: Visual arts, Fashion, Video, Interior, Photography, Design. And that’s just some I can name from the top of my head. One of his recent projects are the ‘Architectural Acoustics’, foam panels for public spaces which improve acoustics an insulation. An idea inspired by old tapestries and translated into work that suits the aesthetics and value of our times. 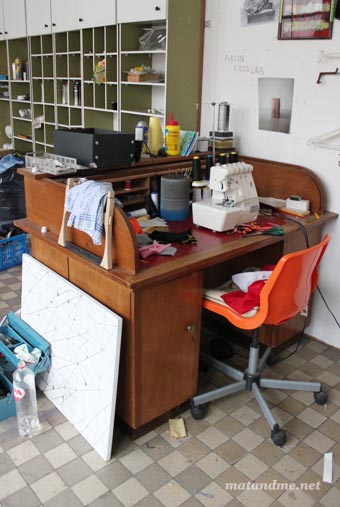 Niek says that the fashion world is fast and exchangeable. Probably the reason why he always hunts for new materials and visuals that he can feed to the world. He also wants to stimulate new ideas in fellow designers and hopes for spectacular eye candy in design. Before I left his studio Niek gave me a little orange car and a business card in plastic bag for an exhibition next month. He told me how obsessed he is with bumpers and showed me a big book in which he coloured hundreds of them. It’s a book he made for the application to the Design Academy. His current logo was printed on the book cover. Obviously 25 year old Niek knew already where he is going 5 years ago. 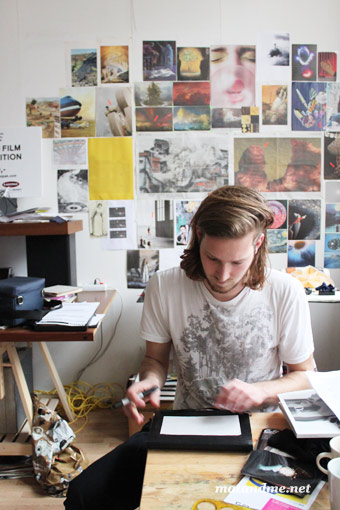 Niek’s living and working space is a huge moodboard 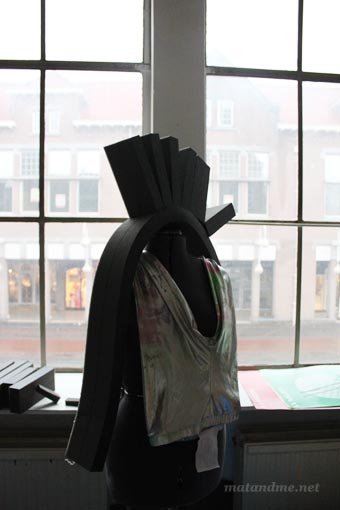 A piece of foam from his ‘Architectural Acoustics’ and one of his handmade and hypercoloured leggings, which he calls ‘Legwear’ 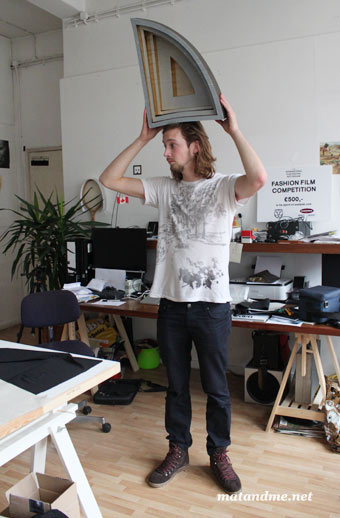 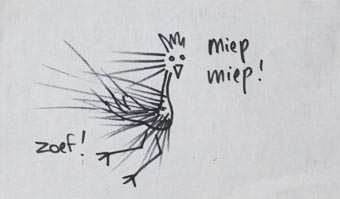 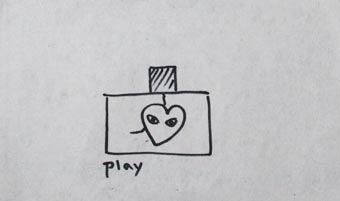