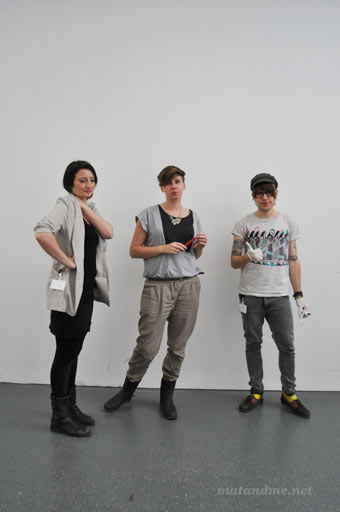 Couple weeks ago Jan Wilms, chief editor of Mazdamotion, bi-annual Mazda magazine, rang me. He asked me if I would like to be involved in a project with Japanese automotive manufacturer. Jan explained that he wants to do a project where 3 creatives apply their ideas on the surface of a Mazda 2. I am always open for project like that, and like to involve people around me. That’s why I asked artist Yvonne Klasen and product designer Theda Schoppe if they to participate. Illustrator Florian Sänger was Jan’s pick. Eventually we had a diverse team for the task. 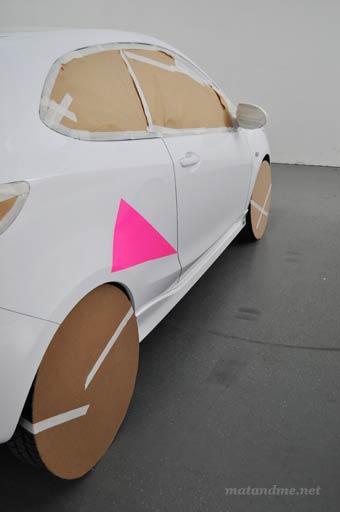 Yesterday Mazda gave all 3 creatives 9 hours time for their creations. Theda’s idea was to draw a selection of objects of her contemporary vision of Noah’s Arch, Florian interpreted elements of the car body combined with a variety of characters and mysterious mechanical objects and Yvonne’s outcome is a sequences of colourful geometrical elements, which are a central theme of her work as an artist. 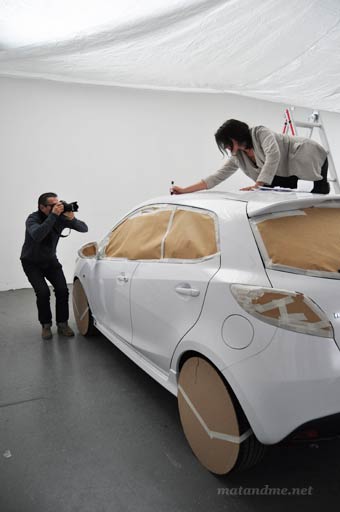 The designs, Benno’s pictures and my text about the project will be published in spring 2011 in Mazdamotion. Aside from the writing, I also assisted Theda with her detailed black and white layout. I actually envyed them all for doing this project. At the end I was more than happy that, due to the lack of time, I was able to follow my ferventness to create stuff. Even with an Edding! But much more important is, that the invited creatives had fun and that everyone, including the Art Director, was pleased with the day.

Pictures of the results will be published in spring!