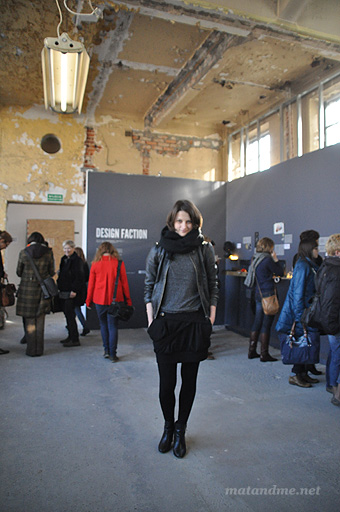 I got to know Kasia JeÅ¼owska in London this year, where she works as assistant at Fumi Gallery and studies History of Design at The Royal College of Art in London. Last week Kasia started opened their exhibition called ‘Design Faction’ at the Design Festival in ÅÃ³dÅº. The Poland-born told me that she wanted this exhibition to be a mood-board that presents not only the final stage of the concepts’ development but also the main part of visual and verbal research that designers undertook. Instead of listing all exciting 12 projects here, I send Kasia couple images of the exhibition and asked her to commented on them. Read what she said about them below: 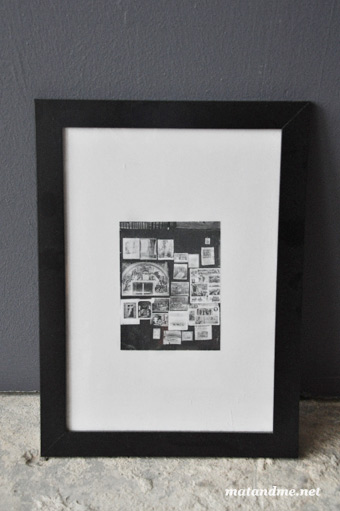 Inspired by Aby Warburgâ€™s extraordinary collection on renaissance. Here’s a photograph from his Mnemosyne Atlas from the 20s. 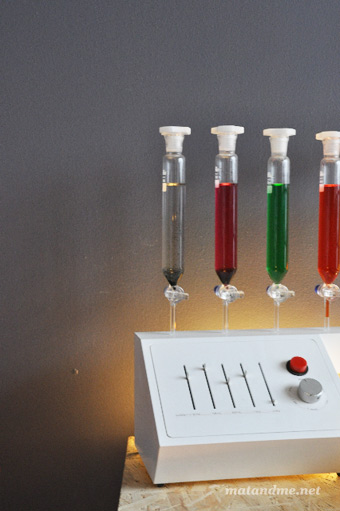 Otomixer designed by Marek Kultys would enable in the future to regulate our hearing abilities. By adjusting the density of the colorful liquid it would be possible to control the duration of the toxic intervention so that it can be everything from a daily wellness pill to a life-long vaccination against noise. 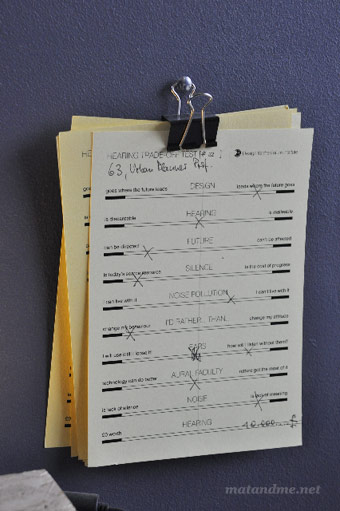 Hearing trade-off tests questionnaires were part of the first presentation on Marek’s End of the Hearing project. They revealed that 1. we believe that future can be shaped through design, 2. we can adapt to future soundscapes, 3. it is difficult to say what role noise plays in our lives. 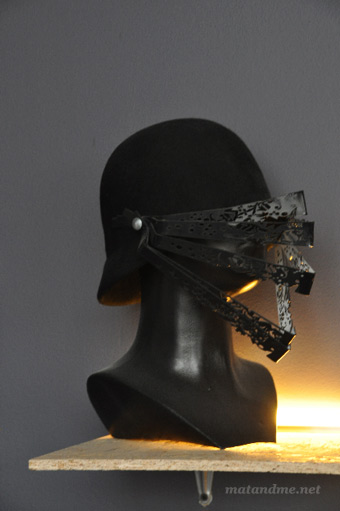 The hat designed by French duo Hina and Olivia from Studio Duho aim to provide a bit of privacy when traveling by public transport. The acrylic lace that cover wearers eyes was inspired by carved wood latticework characteristic for oriental architecture. 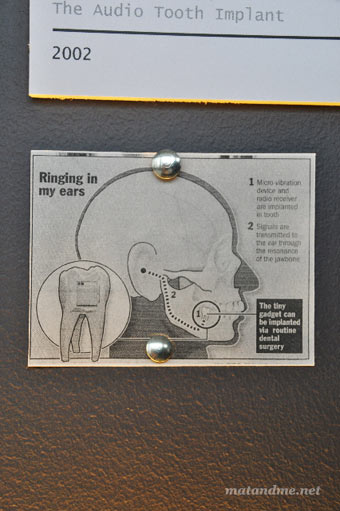 The audio tooth implant that was voted the invention of the year 2002 by the Times Magazine, is a project with a fascinating narration that seductively blurs edges of fiction and reality. 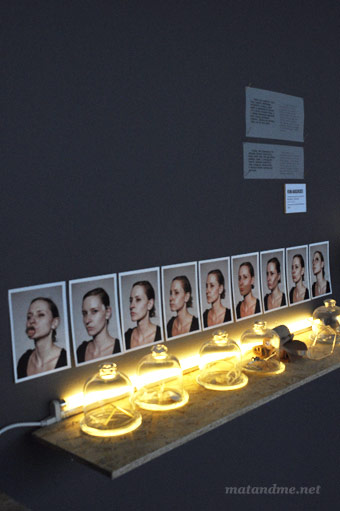 Vilmaâ€™s project is an alternative for an aesthetic surgery â€“ small prosthesis can transform face in a quick and effective way to make it closer to the ideal of contemporary beauty. I keep wondering how different they are from using triple-extra-4d-volume mascara or nail tips? 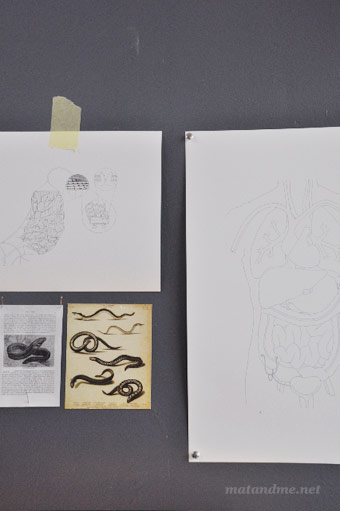 What if we could replace the vermiform appendix that actually has lost its functional significance with an electrocyte appendix that would generates electric energy? According to the forecast, in the 2050 humans would be able to design their own evolution (Homo-Evolutis) and the energy would be necessary for survival. Therefore the new organ converting blood sugar into electricity, that mimic and improve the electrocyte mechanism used by electric eels, sounds like a genuine user-centered solution. 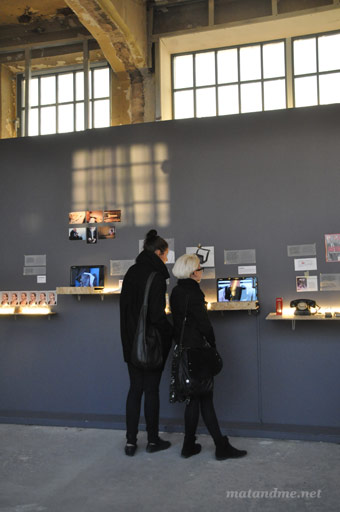 Exhibition overview of ‘Design Faction’ at the 3rd floor of the Lodz Design Festival. The other 6 projects that are not mentioned here are by Alexandra Daisy Ginsberg, Dominic Wilcox, Gerard Rallo, Gunnar Green , Ludwig Zeller, Sitraka Rakotoniaina. The show has been developed in partnership with the British Council. 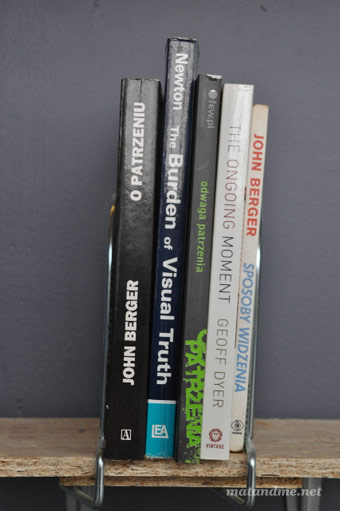