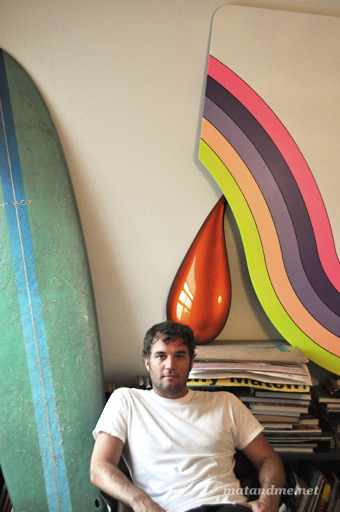 Jason Miller at his Brooklyn-based studio. His surfboard reminds him that he should sometimes take some more time off. That’s probably the reason why it stands next to his desk.

When you look at Jason Miller‘s portrait above you wouldn’t be surprised that he once worked for Jeff Koon‘s as studio assistant. Some day after he was one of Karim Rashid‘s designers. Regardless of his experience with others Jason made his own choices and developed his own style.

Jason does everything. I guess, anything that is creative and brings money in. He also designed his own interior for his apartment with a budget ‘for what most of the people spend on a couch’ he points out on his website. The list pf companies he developed products for include Areaware, Brookstone, Benza and many more. Recently he opened a new lighting company called Roll & Hill. We will see what’s coming next. 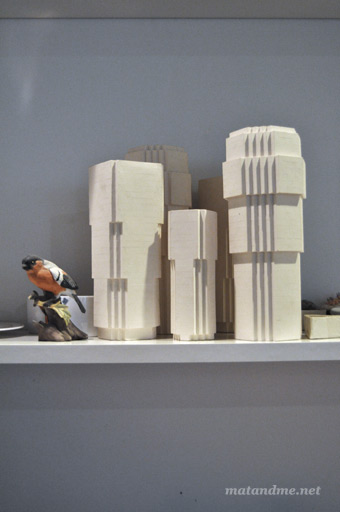 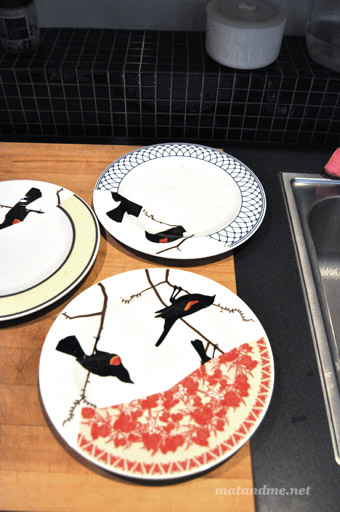 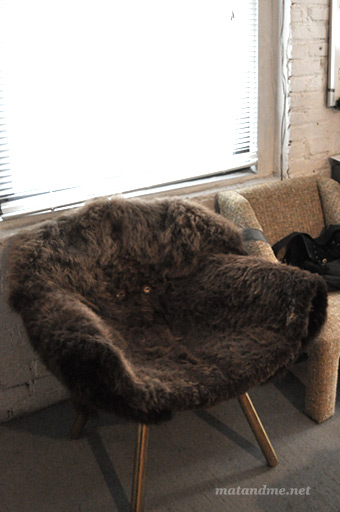 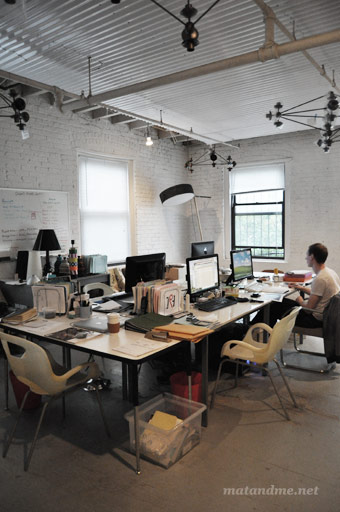 The spot for the team at the studio. 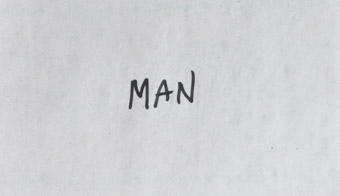 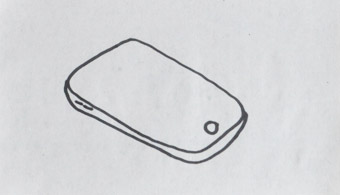