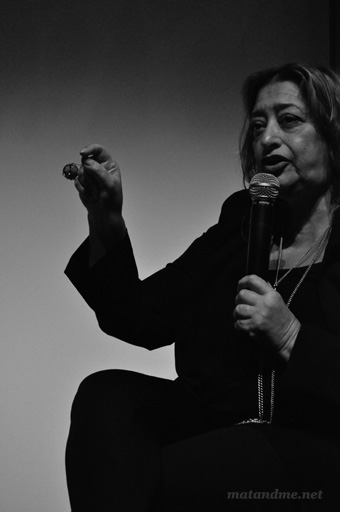 Zaha has a concise gesture …

… It is an marketing device. Stick art to it and it becomes more valuable. If it works for galleries, it’s fine.’ says architect Zaha Hadid about the the term ‘Art Design’ during yesterday’s Design Talk at the Design Miami/Basel.

Apparently Zaha scares most people just by coming into a room. This is a quote from a person in the audience. I would say she receives a lot of respect.

I am not an architect and not the biggest fan of her work but I admire her for that’s she doesn’t give a shit in so many ways. During the interview between her and Edwin Heathcote, Architecture Critic for The Financial Times, she gave the journalist a hard time and tried to get the lead in the conversation. What a tough cookie.

Zaha was the first appointed ‘Designer of the Future’ for the first Design Miami event in 2005. She created ‘Elastica’, a site-specific installation that looks like ‘stretched chewing gum’ for the Moore building in Miami. I think this project is great. No doubts.

But I don’t understand why the Design Miami website says: ‘The Designer of the Future Award recognizes young, emerging designers whose work reflects exceptional innovation and beauty in limited-edition design’, while Wikipedia says that Zaha turns 60 this year. Is 55 the new ‘young, emerging designer’ in the new world of ‘Art Design’? 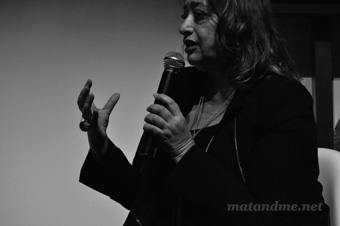 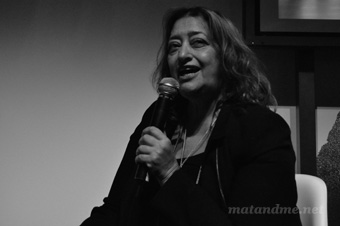 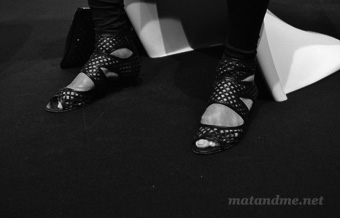 At the end of the talk the host of the show asked the audience if someone has a question. A girl asked her if she still likes to paint and another person asked something about architecture but I wanted to ask where she bought her shoes and I didn’t get the chance.

Zaha, if you read this, let me know where I can find these shoes, ok? I was sitting in the front row and I can tell they are not from Melissa/.