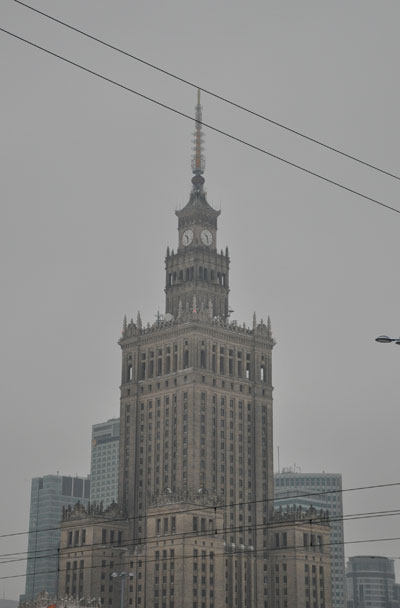 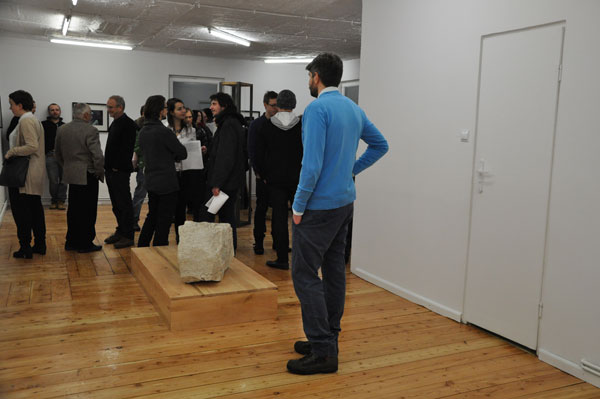 Polish designer Bashko Trybek at the opening of Galeria Pola Magnetyczne. The current exhibition deals with Wiktor Gutt’s work and was titled ‘Le Lieu des images’. The gallery is basically the livingroom of a Warsaw-based couple that plans to open their private space to the public on a regular basis 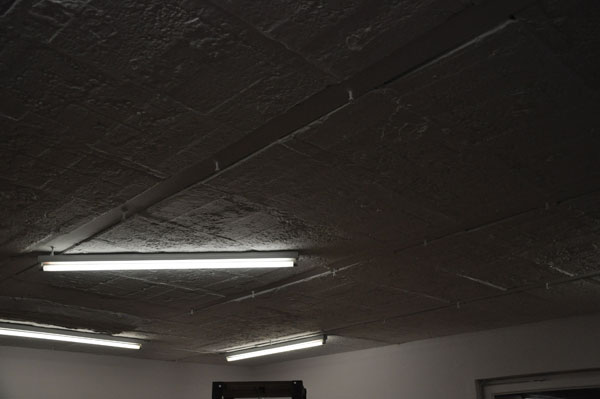 Neon lights on the ceiling of Galerie Pola Magnetyczne. “Polish neon signage was renowned for its outstanding technical and artistic qualities. These signs originally were an attempt to increase consumerism in the time of economic standstill in Poland”. 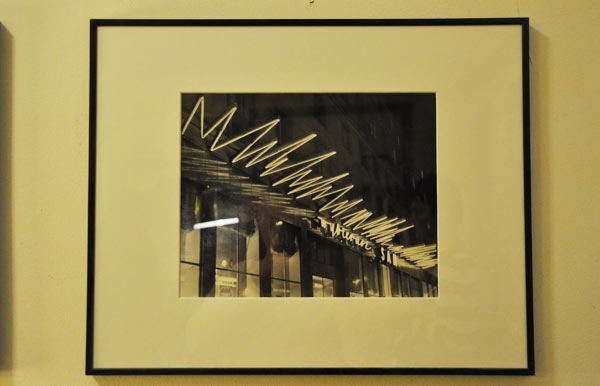 More!! Neon lights on the ceiling of Galerie Pola Magnetyczne 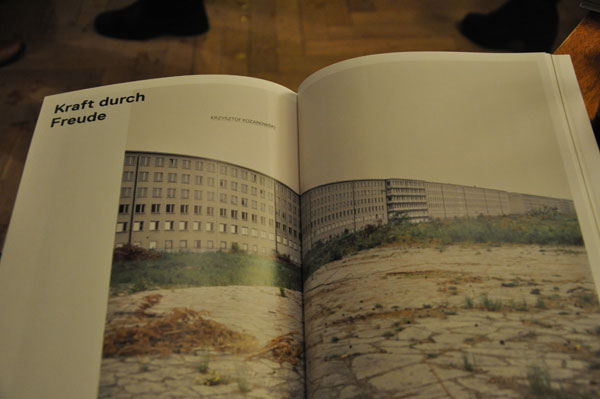 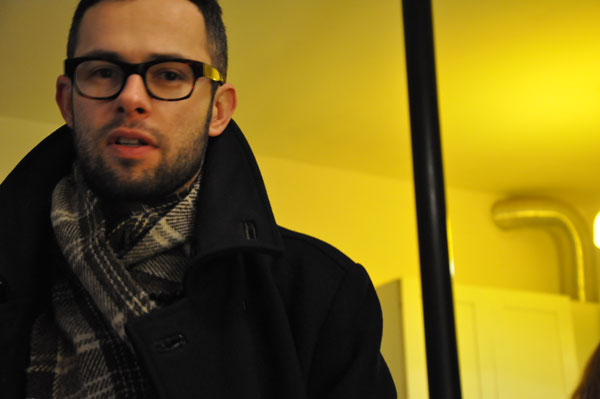 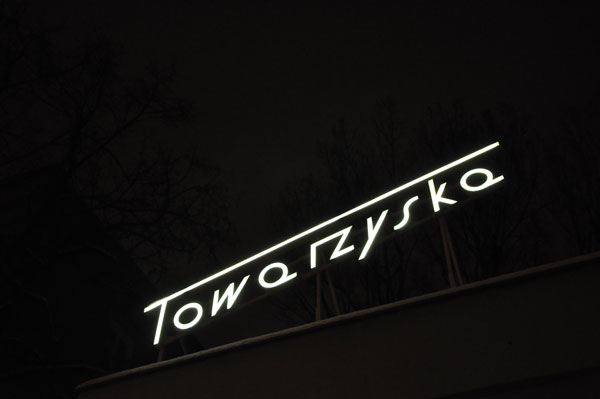 Towarzyska, a cafe and club in one. The interior is done by architect Jan Strumiłło. Also a neon light! 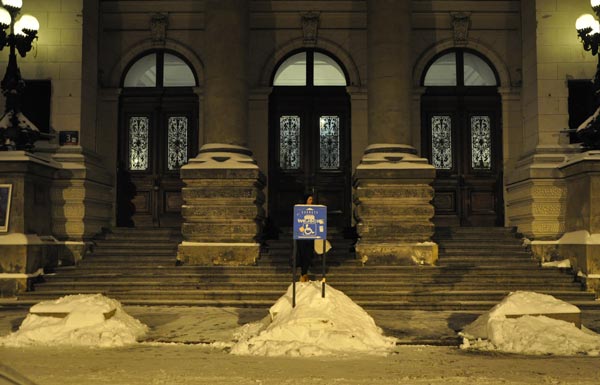 Zacheta Warsaw, national gallery of contemporary Art, the name can be translated as encouragement or motivation 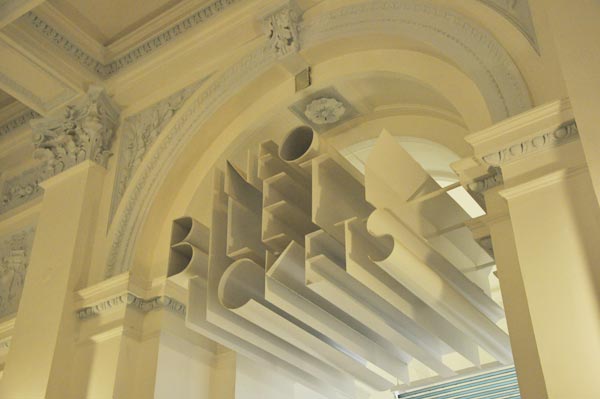 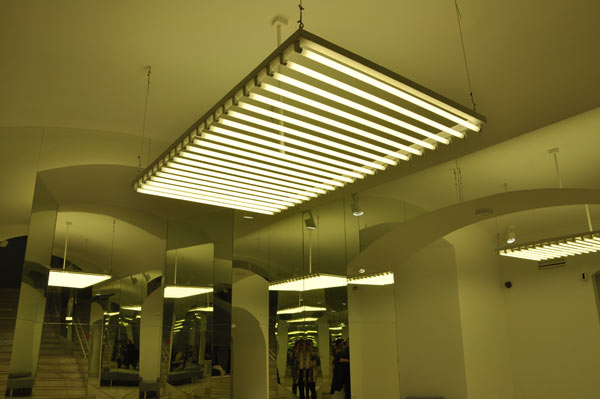 Neon light at the cloakroom of Zacheta Gallery 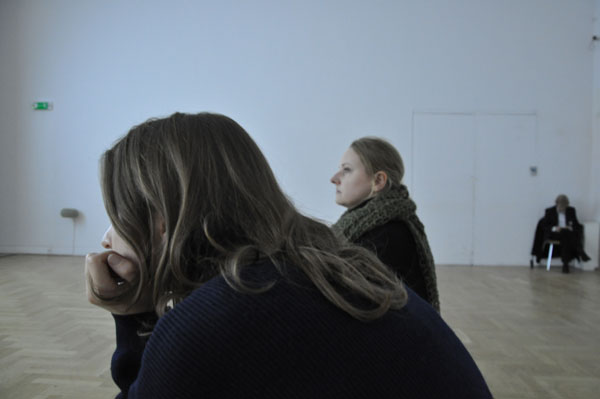 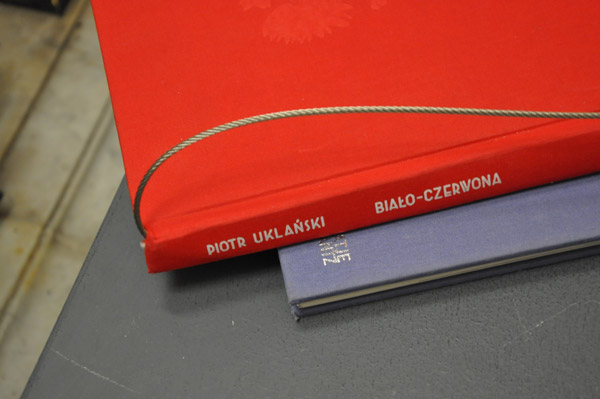 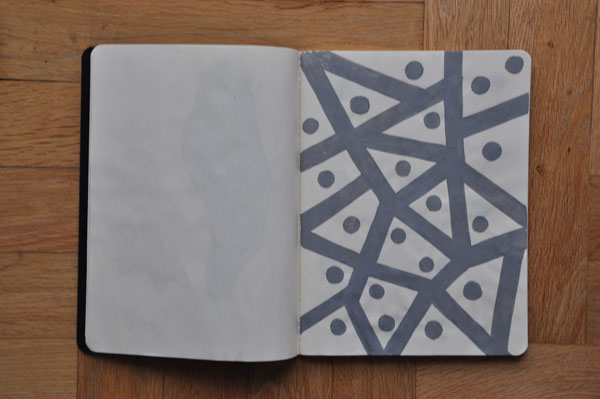 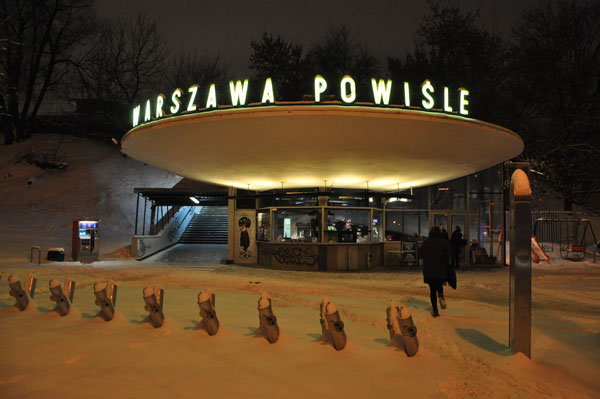 Warszawa Powisle , Polish post-war modernist architecture that was originally a ticket-selling booth of roughly 70m2 and now serves the best burgers and the best parties in town 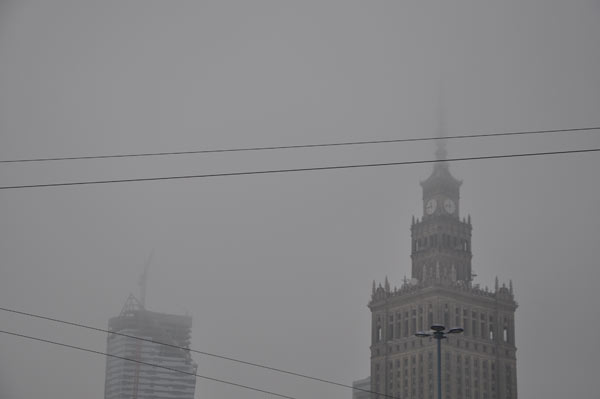 Final construction of Zlota Tower by David Liebeskind next to the palace. The Poles say that the English got a Gherkin in their city centre and that they will have a tampon soon. 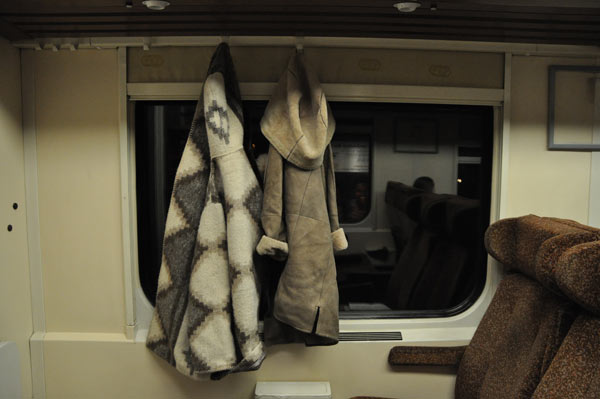 Wawa Express, daily from Berlin to Warszaw and the other way around, less than a six hour trip to the homeland. Other train’s don’t have as many coeathangers on a rail that you can easily move wherever you want them to be