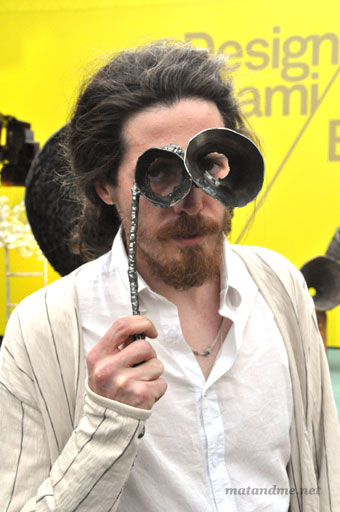 Nacho Carbonell with an additional piece he made for his installation: A personal version that actually fits into his hand luggage 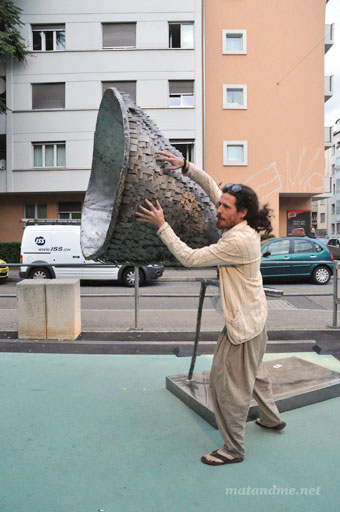 ‘Resonator’ produces sounds, while stimulating the sense of touch

The Design Miami opened its doors on Monday for the 4th time. First thing you come across on the way to the location is the large-scale installation of Eindhoven-based Nacho Carbonell that was commissioned by Galleria Rossana Orlandi. ‘Playground closes at dusk’ is an outdoor installation that explores your senses. Five large objects that can be used in five ways called ‘Auditorium’, ‘Odor’, ‘Point of view’, ‘Resonator’ and ‘Memorabilia’ give you the possibility to engage in a sensory experience before entering hall 5 of Messe Basel. 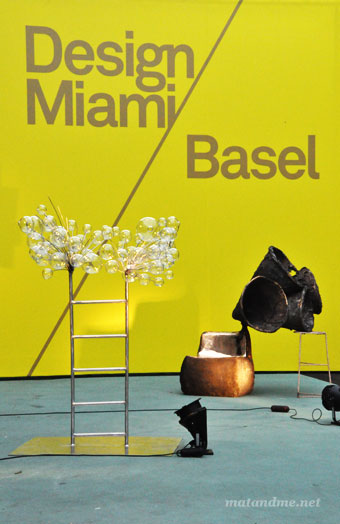 right: ‘Auditorium’ catches the sounds produced by the Resonator 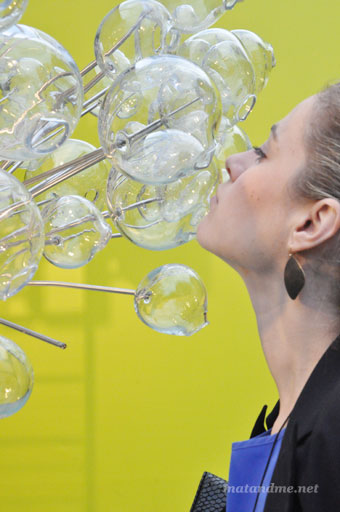 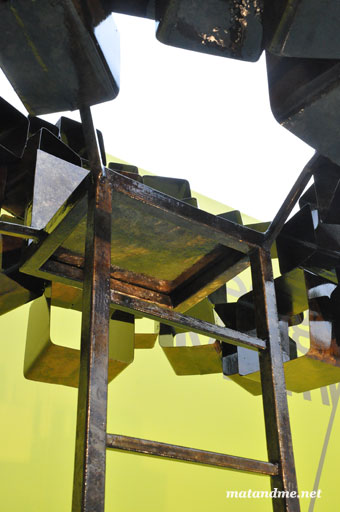 ‘Memorabilia’ brings you closer to your memories 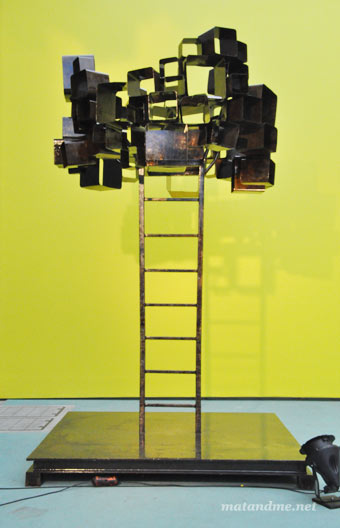