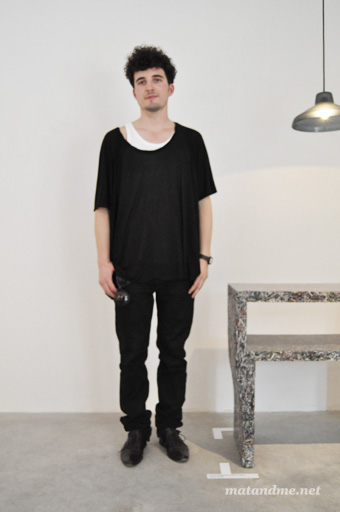 he doesn’t look that weird

Jens Praet is a Belgium born designer. He decided to settle down in Italy, where he did his first degree in Industrial Design after attending the IM master course at the Design Academy in Eindhoven. He set up his own studio straight after his graduation in 2007.

When I contacted Jens, he declared himself as a Matandme fan. His words were:’ I’ve know your blog and really love it – off course we’d be happy if you’d come over.’ Now it’s time to declare that I am a fan of his‘Shredded’ furniture collection made of shredded documents covered with semitransparent white resin. I think the way he realised his concept is an aesthetic reuse of office waste. Sometimes I even think the surfaces look like marble.

The thing with meeting people you never seen before is that you try to describe what dress you will were that day or you think about an eye-catching accessory that will make sure that this is the right person you are about to meet. Funny enough, Jens thinks he dresses weirdly and he says, he likes to drink the champagne. Very classy but I think that’s just because of the regular free booze during the Design Week. Anyway, I met Jens in his temporality showroom in the new design district Ventura Lambrate. There was no drink in his hand. I took a nice picture of him. He stands next to his ‘Paper Waste’ console and one of the lamps of the ‘Industrial collection’ made in collaboration with norwegian designer Vibeke Skar He gave me the serious look. Thus, that’s how I get to know Jens Praet, the Belgium designer in Italy. 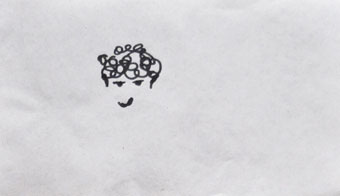 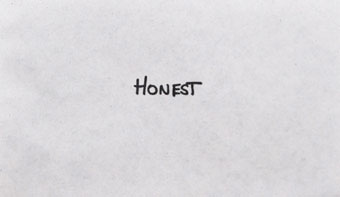 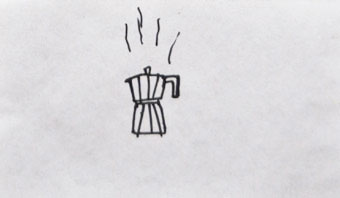