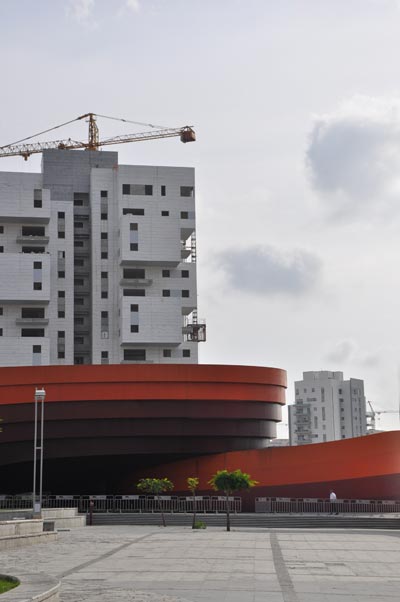 Holon Design Museum designed by the most famous Israeli designer Ron Arad. The building is made up of red, brown, and orange bands of steel. Somehow I expected the museum not to be so close to an urban planning area. It is also much smaller when I remember from the images I used to see before. Funny how your mind tricks you and how reality becomes a habit. Because once you see it and you walk through it makes sense. However last year, after encountering many inspiring Israeli designers, I decided to go to Tel Aviv and to get an insight into their culture. As it happens the show ‘Common Roots – Design Map of Central Europe’ opened in the same week. That’s why I ended up at the opening in Holon. 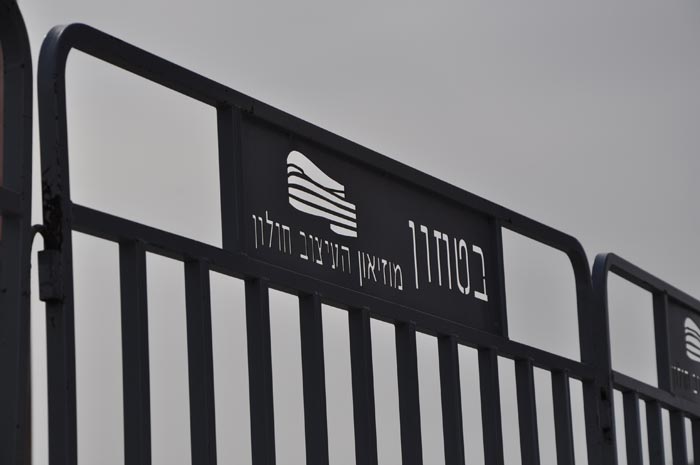 Now, four months later, I am actually late with the images of the opening, because the exhibition closed down yesterday. However it doesn’t stop me from sharing it with you. Let’s call this a retrospective of the occasion. 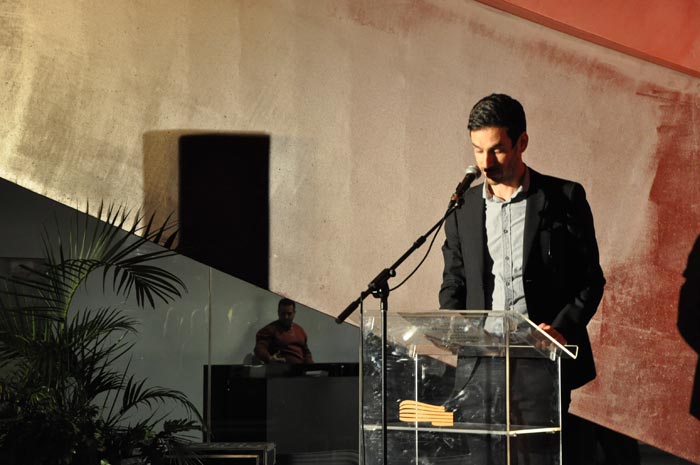 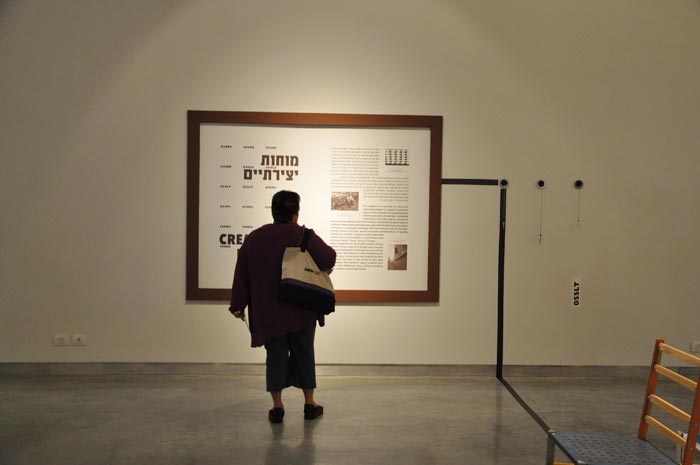 The entry area of ‘Common Roots – Design Map of Central Europe’ curated by Polish journalist and head of domestic design at School of Form, Agnieszka Jacobson-Cielecka. 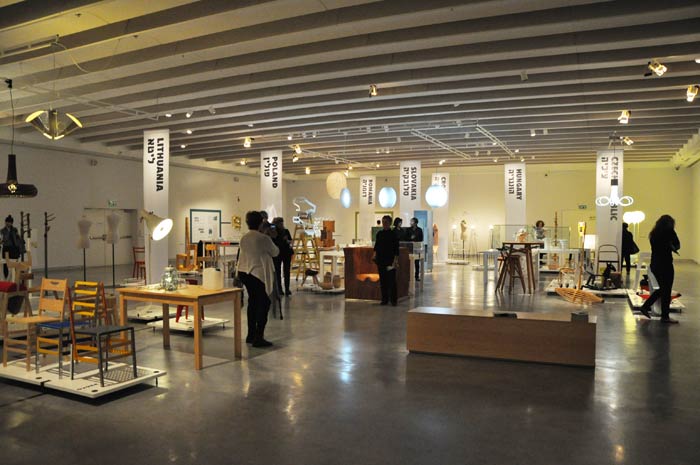 Exhibition view ‘Common Roots’ – a fair like setting with huge banners and confusing numbers that were all over the place. It wasn’t just the hebrew writing that was the reason for my confusion. It was the lack of descriptions for the displayed work. There was a folder that you got for free but unfortunately that didn’t contain any text about the actual pieces in the show either. For me text is as important as the visual impression of an exhibition. 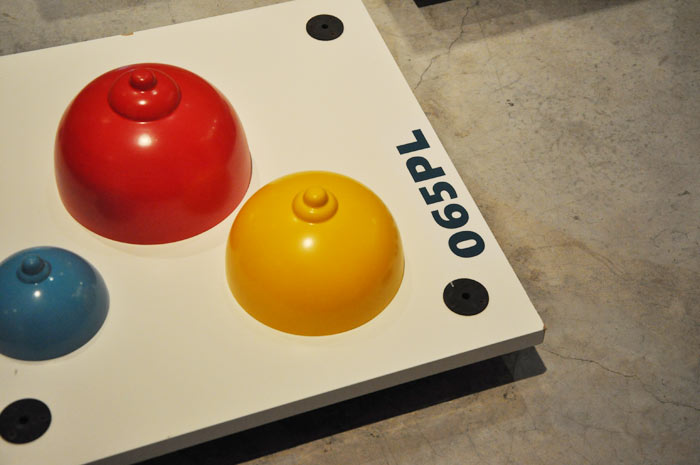 These put a smile on my face. A set of sand toys in the shape of a tit by Polish designers Babaakcja. It means ‘woman action’ or ‘female action’. Their website states that they are currently working on individual projects. No more action then. 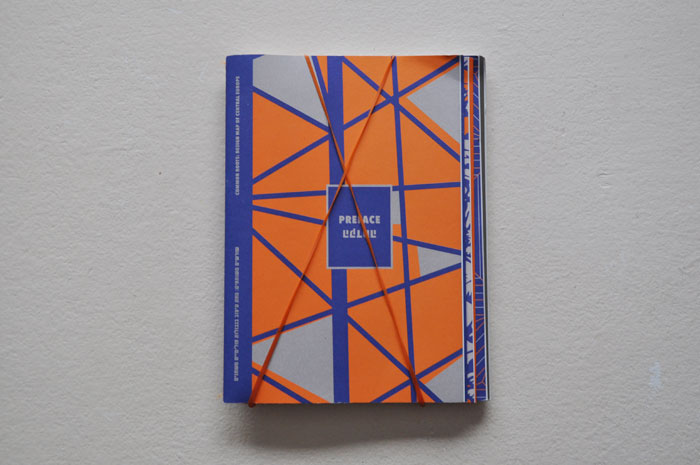 After being disappointed that there was no attempt to present the common historical and cultural experiences in the exhibition set-up, because all countries were separated in their own groups with no visual link, I was amazed by the quality of the exhibition catalogue! It consists of three booklets containing: a preface with text by the head curator Agnieszka Jacobson-Cielecka and her assistant Klara Czerniewska, various texts about ‘mapping the narrative of Romainan Design’ and ‘From Applied Arts to Industrial Design’ in Polish desigh by Anna Frackiewicz in the booklet about the past and numerous writings about Estonian, Czech and Hungarian design in the third booklet called ‘present’. On top of that it is beautifully designed by a girl that I met while I was giving a lecture in the industrial design department at The Bezalel Academy of Arts and Design in Jerusalem and her friend Guy Saggee. A lucky coincidence. Maayan Levitzky, you are one to watch! 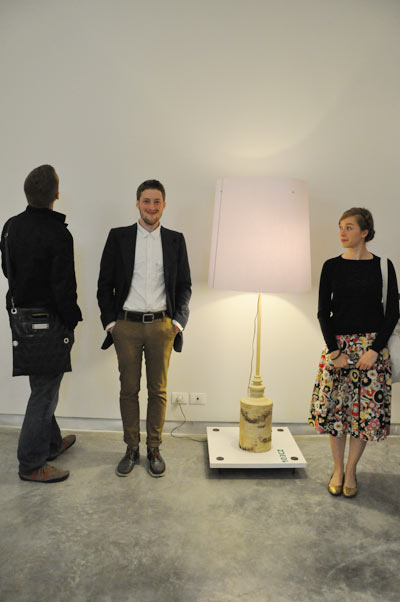 Czech product designer Martin Žampach, our journalist and friend Adam Štěch and Klara Czerniewska, three of the co-curators (I believe there were 10 in total) that helped to make the selection of the designs. Technically Czech designer Klara Sumova is also portrayed on the image. Her ‘lamp love’ stands between Adam and Klara. 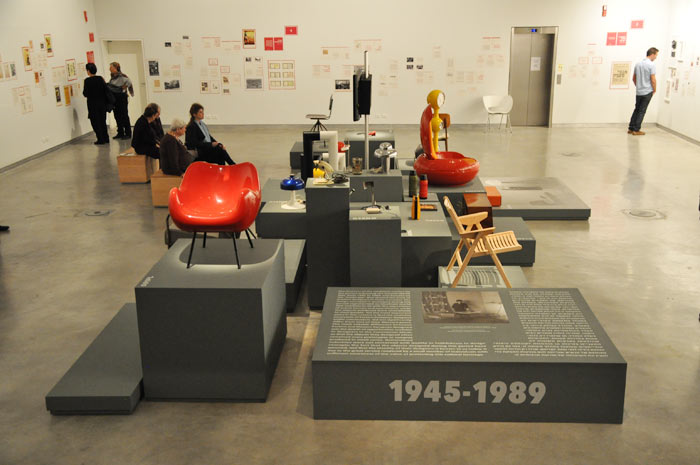 A highlight of the opening was the downstairs presentation of Eastern European post war design from 1949 – 1989. The section about the past brought together a common legacy of Eastern European countries based on everyday products like the Rubik cube or the the clock barometer by Estonian designer Helle Gans. 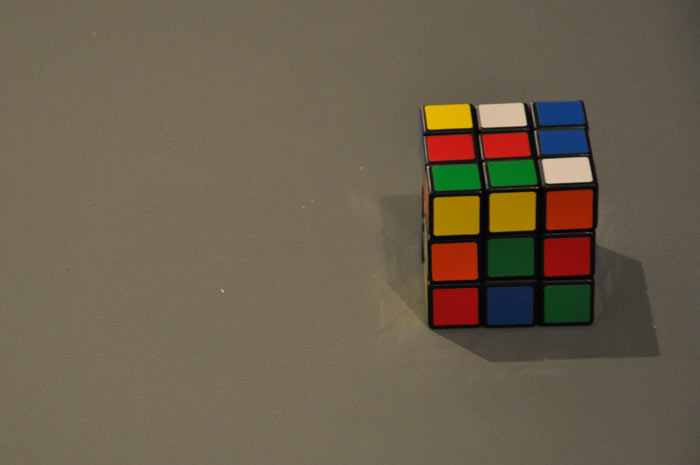 Apparently there is only 1 correct answer and 43 quintillion wrong ones for Rubik’s cube. Invented 1974 by Hungarian inventor and architect Ernő Rubik. I think everyone of us had one in his life at some point, right? 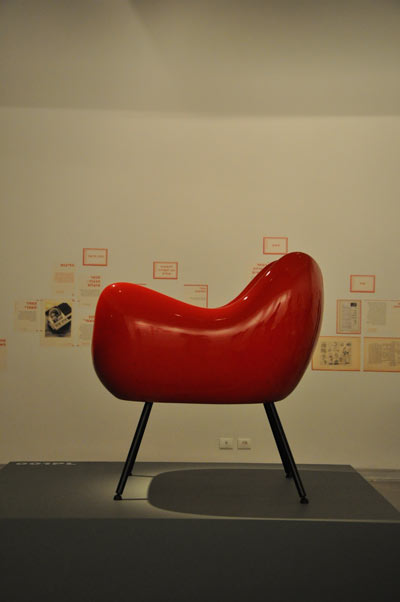 The M58 armchair, designed by Roman Modzelewski in 1959-196o. Since last year it can be purchased via the Polish company Vzor, who took it in production. Read about Modzelewski’s wife who I met in 2011 in Lodz here. 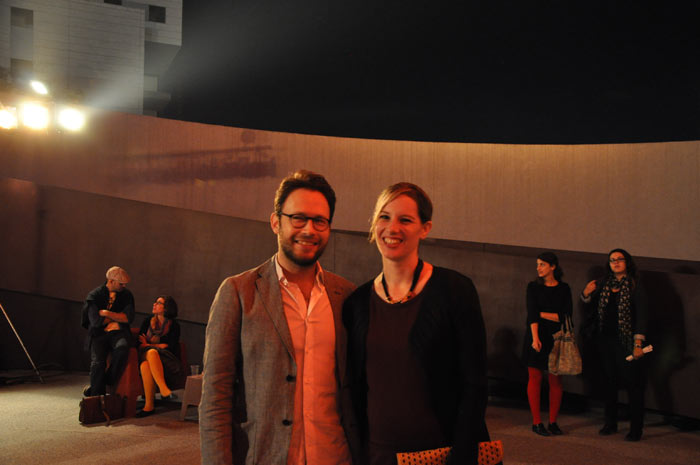 Architect Daniel Zarhy with his journalist wife Netta Ahituv. They took us to Daniel’s grandad’s house, where we met him and his artist wife Vera. Soon I will post some images of the stunning Bauhaus house. This encounter deserves a full set of images. 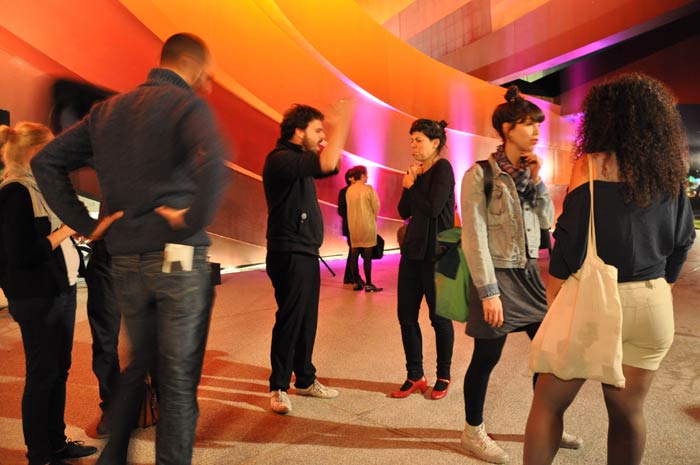 Tal Erez and Maya Ben David in the middle of the picture. I think I asked them to show me some emotions. This is what they gave me. At the end they made me laugh. That’s why the picture is out of focus. 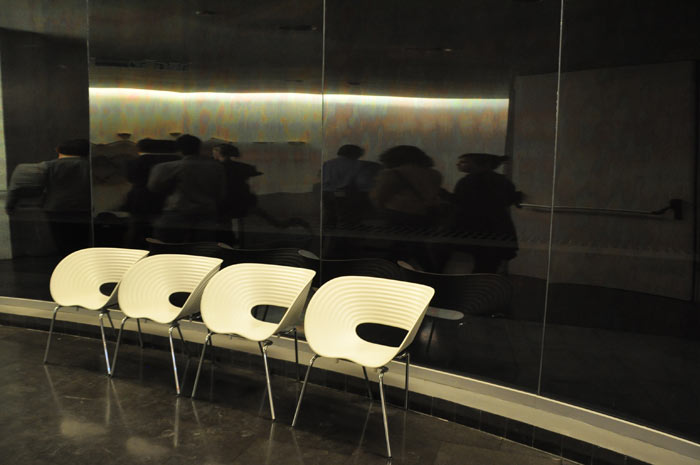 Tom Vac Chair by Ron Arad – he designed the building and brought in the furniture too. Smart. 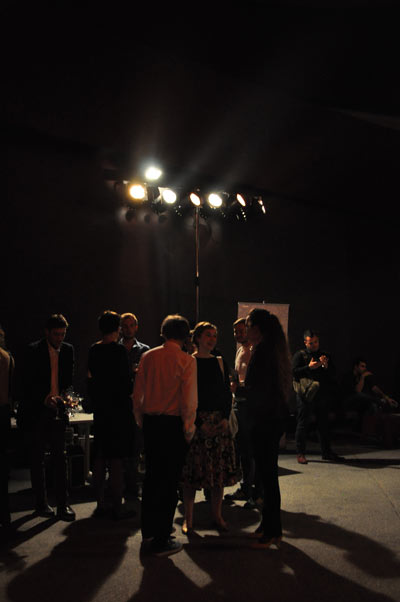