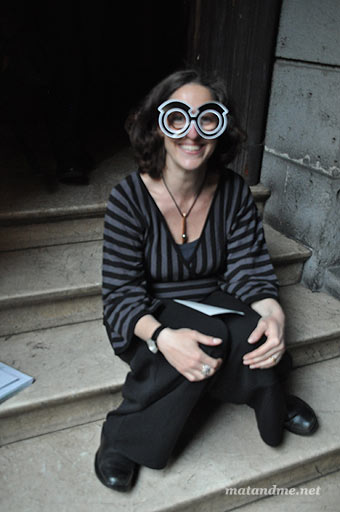 Giovanna Castiglioni on the stairs to her father’s studio

Today at 6 pm Marco Lorusso and me will close the doors to our Achille is watching us exhibition. We hope that everyone enjoyed the assortment of objects we presented here during the Milan Design Week. When we decided to do the show, we got in touch with Giovanna Castiglioni, one of the daughters of the Italian designer Achille Castiglioni, who we dedicated the show to. 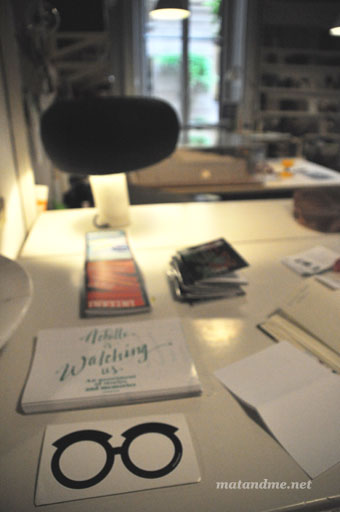 Achille is watching us stickers and leaflets in the studio

Castiglioni had what is missing in most of today`s designers nature: feelings and fun. He always gave attention to the things he was surrounded by without taking himself too serious. Visiting my 6th Salone del Mobile I always felt disappointed that there were no feelings involoved in the shows I attended. The focus on fame and money was too huge to feel connected to most of them. Marco felt the same.

This time around I was most of the time at our exhibition but we took some time to go to the studio and meet Giovanna, who is giving the tour in the studio, that is open to the public from Tuesday until Saturday. Giovanna’s and her mother’s aim is to present Achille´s exceptional nature that has led to a series of good designs. I asked almost everyone during the whole week if they ever visited the studio and mostly I recieved negative answers. I bet all of them were at Bar Basso at least two times. Giovanna told us that they don’t even know if they will be open next year. Until now the initiative was supported by the La Triennale di Milano, but the contract runs out soon and they don’t know how to finance the studio after that. Castiglioni’s family is trying to transform the Studio Museum into a Foundation Achille Castiglioni. After this step they plan to look for support by companies and donations by private people.I really hope that Giovanna will have the strength to keep it up, because unfortunalty the warmth of her personality is not enough. 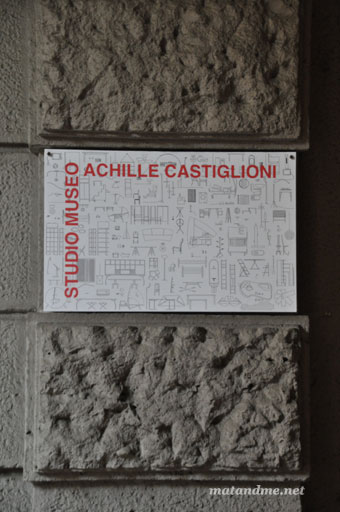