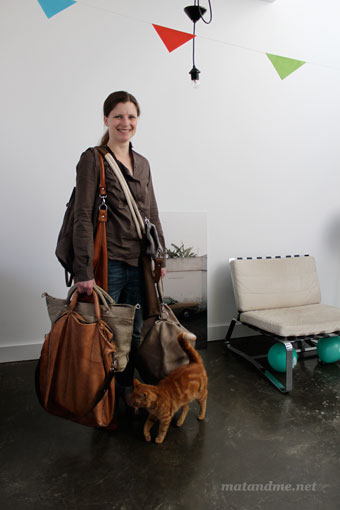 About 5 years ago suddenly people were talking about this bag designer that lives in Maastricht. Ellen Truijen: simple shapes, high quality leather (it’s a pleasure to touch all of them!) and extraordinary craftsmanship combined into a bag. Until last year I didn’t own one of her bags and now it became a part of my everyday life. That’s how it is with Ellen’s leather bags: when you get one it adapts to your daily routine and everyone around you want to know where you get it from. But next to her bags it is just adorable that Ellen is also co-owner of the Mos Store in Maastricht, a mother of two and a wife to her husband Rob. During my stay at their house, which is literally next door to the store and their studio’s, it was a pleasure to see that you can run a successful business with having your family around. 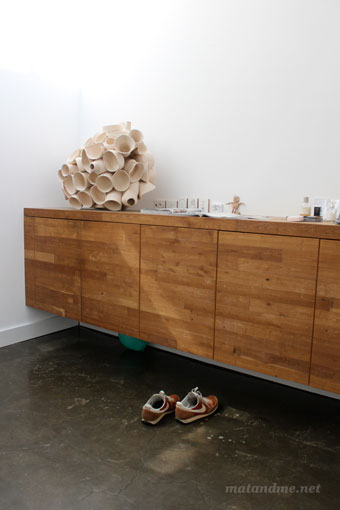 The cabinet in the livingroom is a design from her husband Rob Truijen. They found the wood during the reconstruction of Rob’s brothers kitchen and decided to use it for a piece in their own space. Ellen’s best friend Audrey van der Krogt made the vase for them. Both graduated together in 2000 at the Academy of Fine Arts in Maastricht. 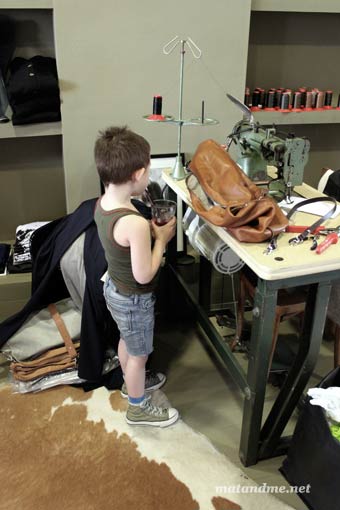 Daan, Ellen’s and Rob’s little boy, is hiding in front of his mum’s sewing machine and work desk, which stands in the Mos store – a good way to be in the store when customers arrive, while being able to work. Anyway, Daan was shy in the beginning but at the end he was happy to jump on my back and to be carried around. What a cheeky monkey. 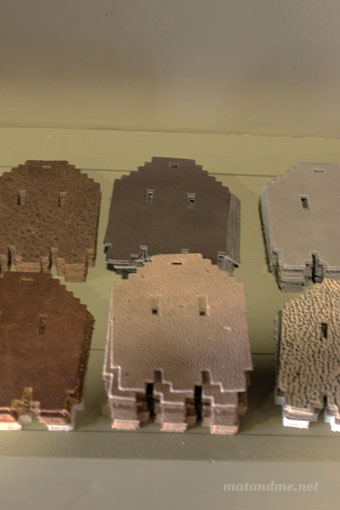 Why a using a figure of the Pacman game for her bags? Ellen says that she wanted to add something ‘light’ to her bags that makes people smile. The idea of a Pacman Blinky popped in her head and stayed there until she decided that it will be strong enough to come along. She is still happy with the choice and observes people smiling about it all the time. Also it is an icon of her generation. 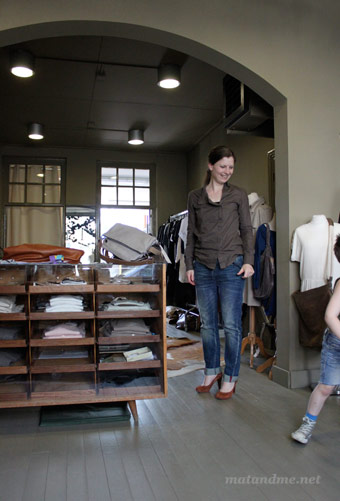 Ellen is watching her little boy while her little girl called Teun spends the day at a friend’s house. During lunch we were joking that it would be perfect of Daan would become a stylist and Teun a tax officer. It’s always good to do business with family. : ) 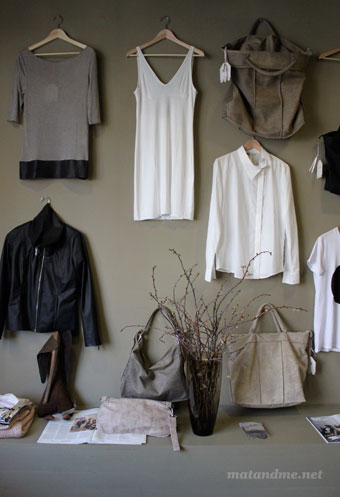 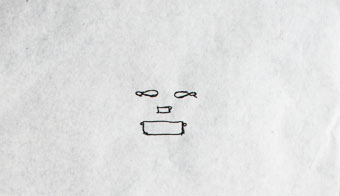 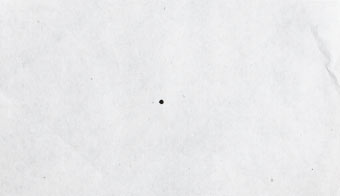 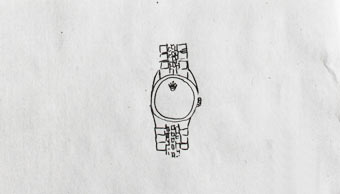