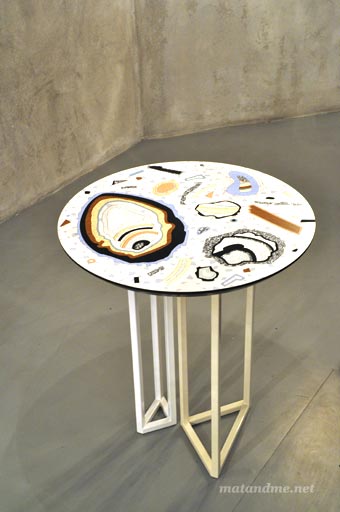 I didn’t see so much in Milan during Design Week this year. But one evening I went for a little stroll through the city. After being focused on the Achille is watching us exhibition and my wooden objects I grasped at some new impressions. First thing I admired was some hexagonal shaped rings in the Designers+Artisans show at the Mauro Grifoni flagship store. 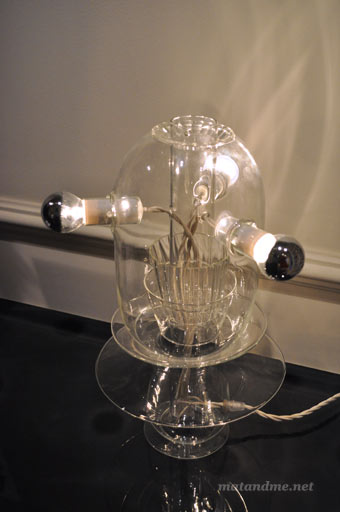 Later that night I went to the opening of gallery Nilufar, where I found a landscape of ‘Totem lamps’ and ‘Moon rock’ tables. Going back home to catch up with some sleep I realised that the things I saw were by London-based designer Bethan Laura Wood, who I actually met once during lunch at Martino Gamper‘s studio. 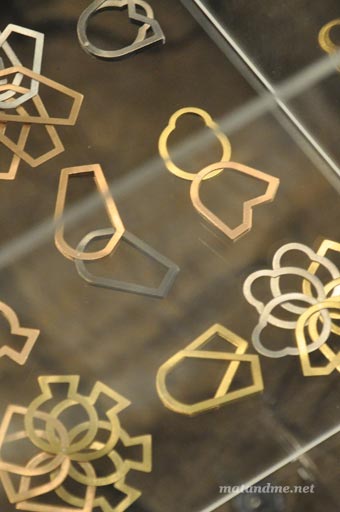 The Moon rock table’s surface is handmade by Bethan. She uses between three and six screen prints and a mixture of resin, then paper and then resin on top to achieve these patterns. The rings are laser-cut and can be worn in various ways.