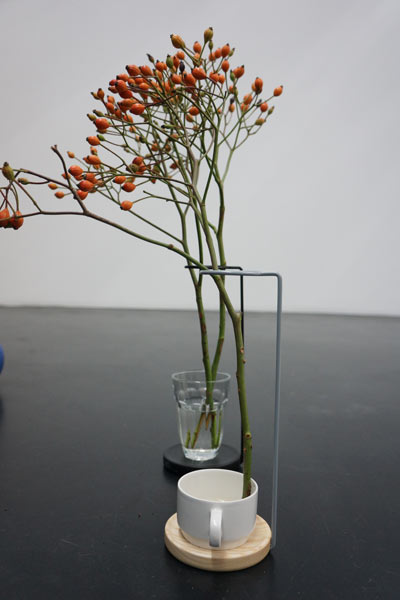 Minimal Vase by Ding 3000 for Discipline . It allows you to add your own taste to the design.

I planned to come to Cologne to go to the furniture fair. Yes, that was my initial thought. I was in the city for three days, but never made it to the IMM. Spending a day in artificial light is not what I like to do. Even though I know that you can meet a hell lot of people there. What I did there for three days? I worked in front of my computer at a friend’s apartment. Best decision ever. At the end my number of attended events this year was minimal:

I went to the presentation of fresh Italian furniture brand Discipline, who surprisingly presented their products neatly as if they tried to adapt to German values. I am just comparing the colorful and warm presentation they had last year in Milan. What I saw begin of the week is still pure quality but less Italian. Anyway, I am already curious what we can expect this year! Another exhibition was ‘Objects for the Neighbour’ that presented new work by a selection of designers like Swiss Florian Hauswirth, French Julien Renault and German Sarah Böttger. Set in a former garage in a tucked away courtyard the pieces are dedicated to an imaginary neighbour, the individual that could be the person next door. On my way to the show we passed a showroom of Cologne based funiture company Werkform. First the lamp and then the kitchen got my attention. But what I liked most in that kitchen was the exceptional exhaust hood: industry meets spaceship. I was also at the opening of ‘Isn’t it romantic?’ at Makk curated by Tulga Beyerle. I decided to come back to Cologne at some point and see it properly, without the masses of people that came to the event. Also I want to take pictures the exhibition deserves. Did I miss something from this three days? Ah, at the evenings we went twice to the Architonic Party at King George. If you think of Cologne, you usually think of friendly people. That’s not what I would say about the staff in this bar. I include the woman at the door the one at the cloakroom. Real bitch time! It was nice anyway, because of the crowd and great drinks. Also Susi form Architonic was a sweetheart. I just wonder if the place used to be a house of hookers? Too much red light. See yourself below. 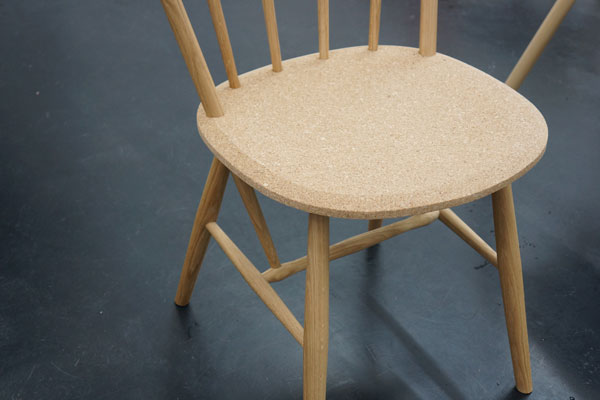 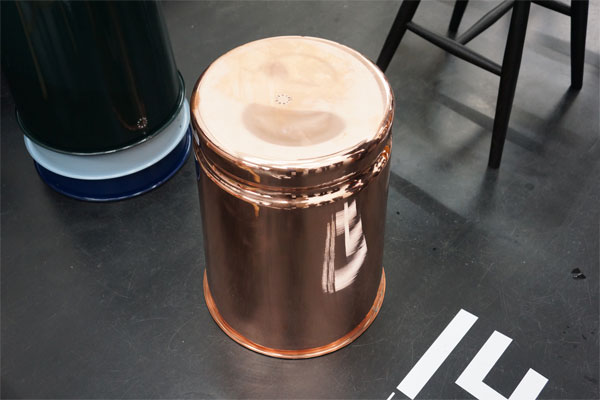 Last Stool by Max Lamb for for Discipline – available in many colours. But the shiny polished zapon treated copper stool is the winner. 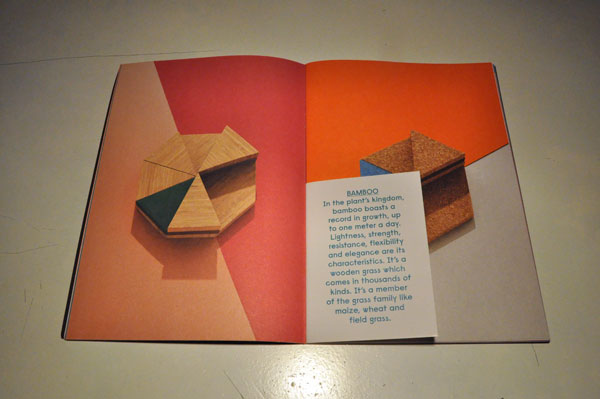 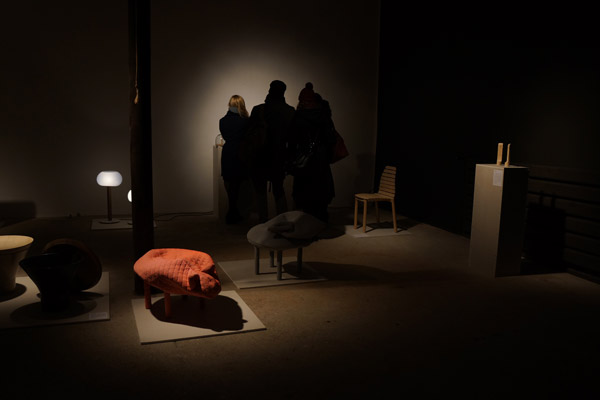 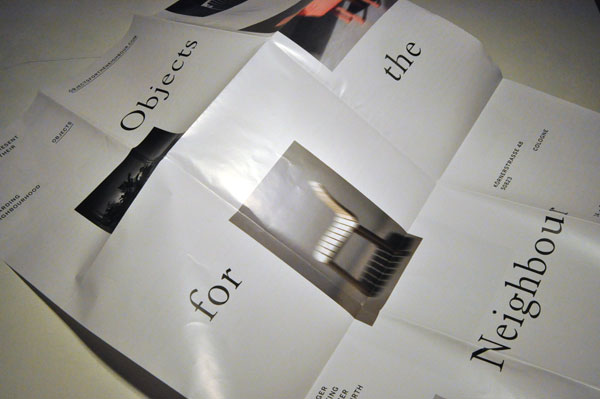 Objects for the Neighbour invite/poster 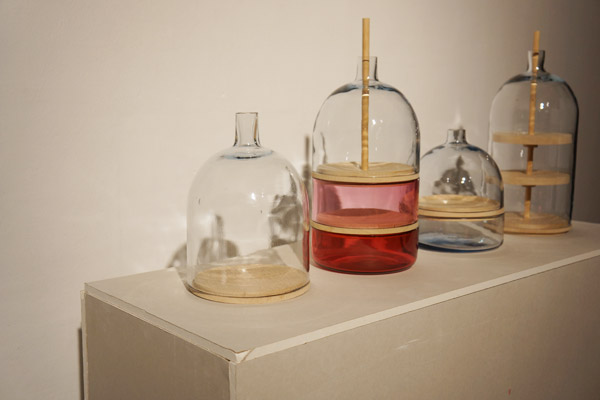 Sample Avenue by Karoline Fesser. Based on the idea of the many levels of a house or a tower block. 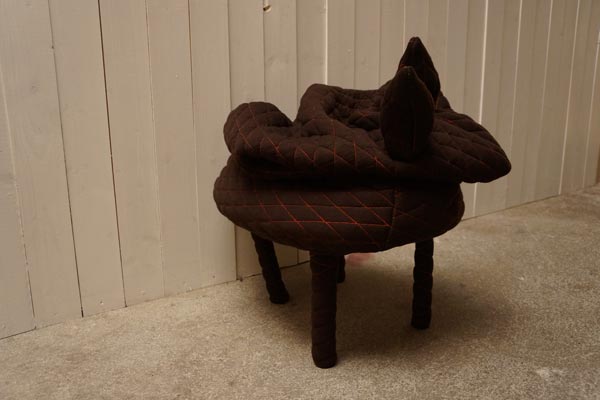 Pets by Hanna Ernstigs . There is always a neighbour with a pet, init? 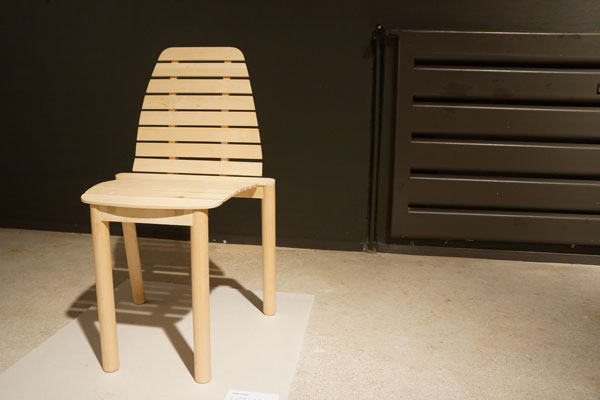 Park chair by Julien Renault – this seating possibility was not specially made for the show. I was glad to see it in real since I talked with Julien about it last year. 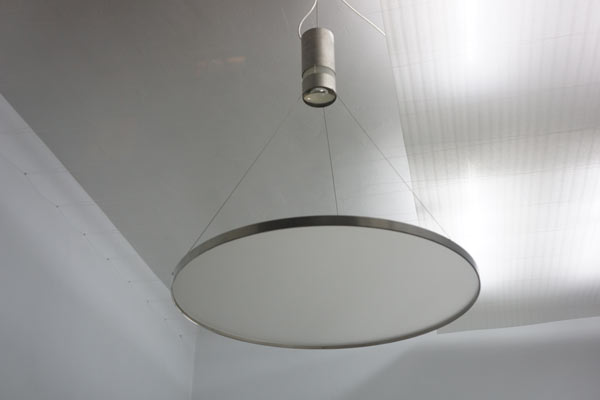 Reverso lamp by Werkform. It looks like a magnifying glass with a lightbulb socket. 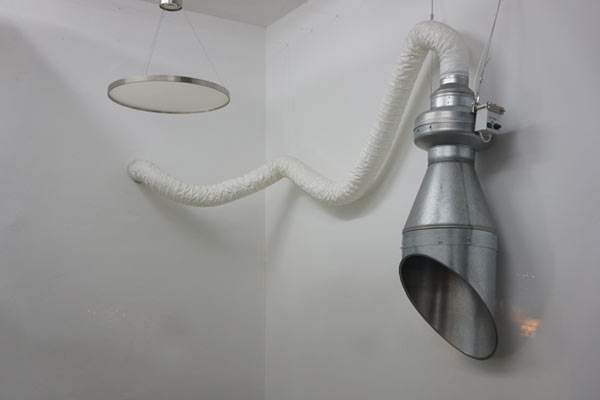 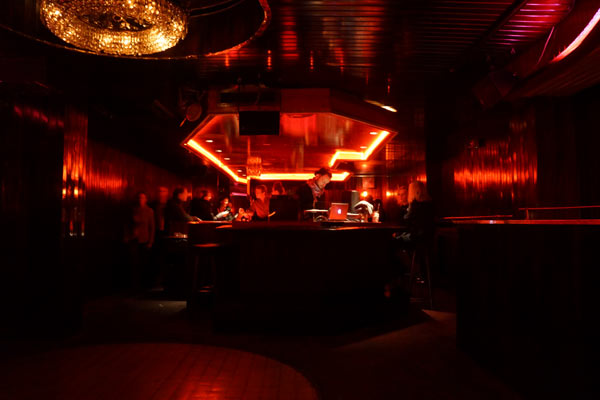 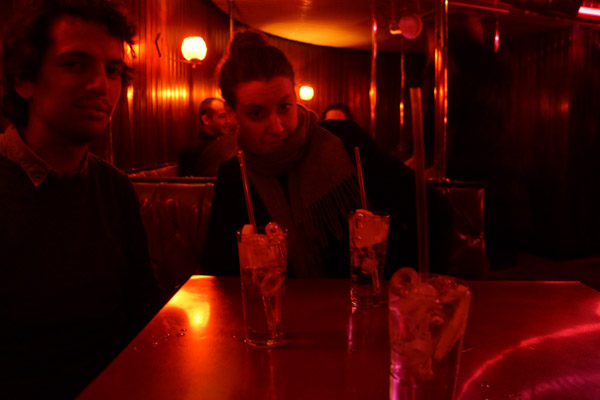 Lex Pott and Rachel Griffin with Monkey47 Gin and Tonics, because wherever Architonic is, good Gin is not far. Do you get it? It’s the ‘tonic’in Architonic and Gin Tonic!