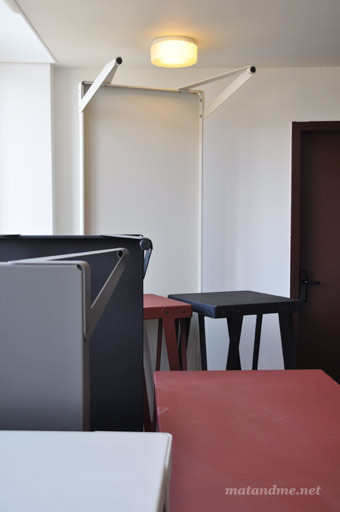 One of the early drawn interviews I did were with Christoph Seyferth. I got in touch with him because he used to live in my favourite building in Maastricht before he moved to Amsterdam couple years ago. It’s a house that looks like a wooden bunker and is completely misplaced. I wonder who is living there now and if I could move in… Have a look at it here. 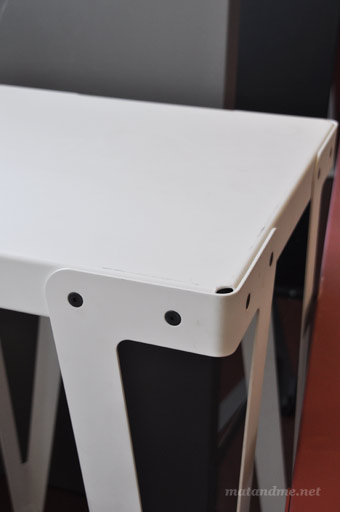 Anyway, last weekend I stayed at the Lloyd Hotel in Amsterdam, which I probably won’t recommend to anyone, because the service was really bad and the prize too. But that’s another story. I booked the 1-start room, because I knew that Christoph designed the bed’s and tables for the hotel’s 1-star rooms. The designer used the the same principle on the table and the bed construction, which allows all four steel legs to touch the floor even when the surface is uneven. 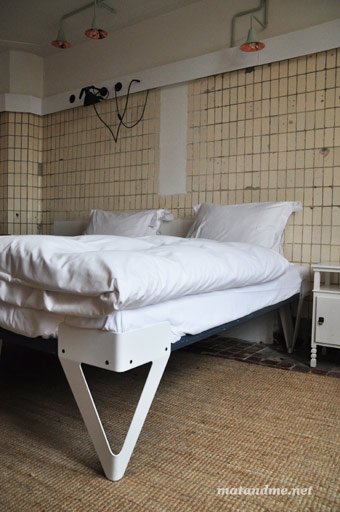 The guestrooms are rough and Christoph’s furniture is a nice contrast to of the history the space, but unfortunatly these rooms do not have a bathroom, which is the reason why I upgraded. The good news is that the funriture can be purchased at the Dutch manufacturer Functionals. 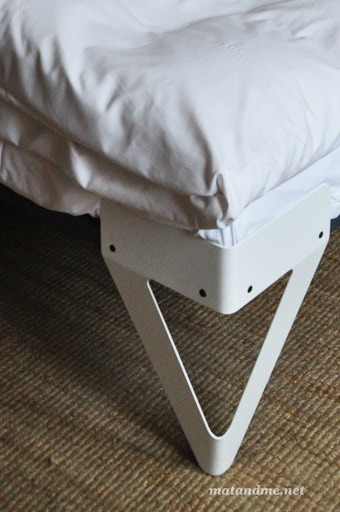