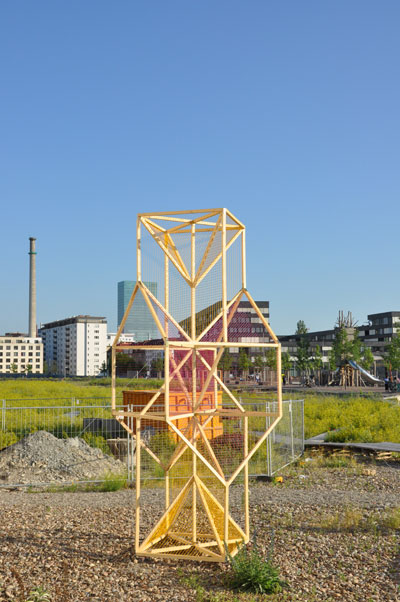 Oeuffice is a Milan-based design studio founded in 2011. Jakub Zak and Nicolas Bellavance-Lecompte combined oeuf, the French word for egg, and the word office and ended up with their name. Jakub says that he always loved the sound of the French egg and they simply didn’t wanted to be just another studio. 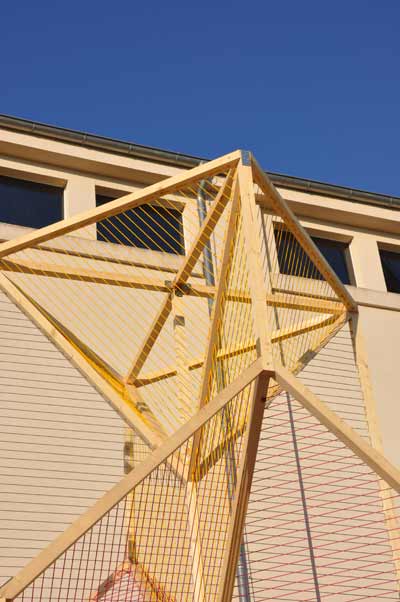 For this year’s Art Basel debut of Depot Basel called Craft & Scenography the two designers were asked to come up with an idea for an outdoor installation. 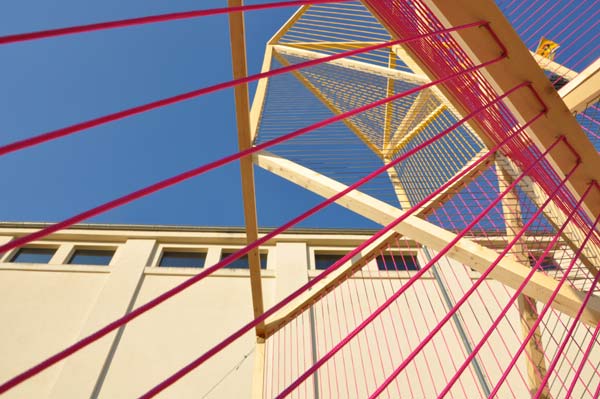 Jakub’s and Nicola’s idea is based on a folly, which is usually a building constructed primarily for decoration, but aims to suggest some other purpose. 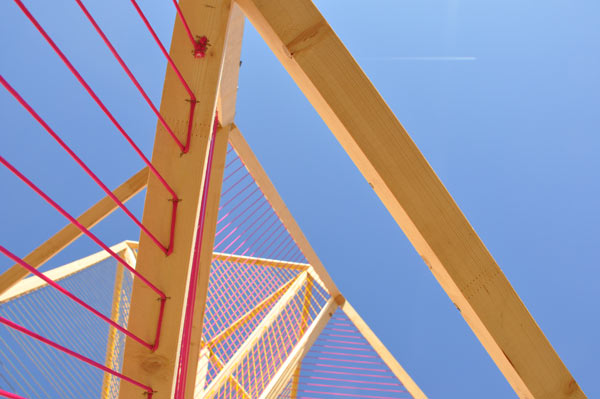 The final piece is called ‘Assembled Folly’, a self standing structure inspired by the language of wind apparatuses and proportioned by the geometries of triangulation inherent in architecture. 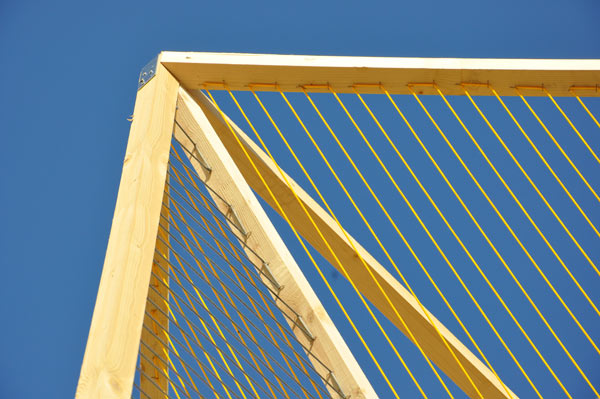 Three days and one night long both of them were assembling the piece that will serve Depot Basel as symbolic outdoor piece also after the current show ‘Craft & Scenography’ will be over on the 11th July. 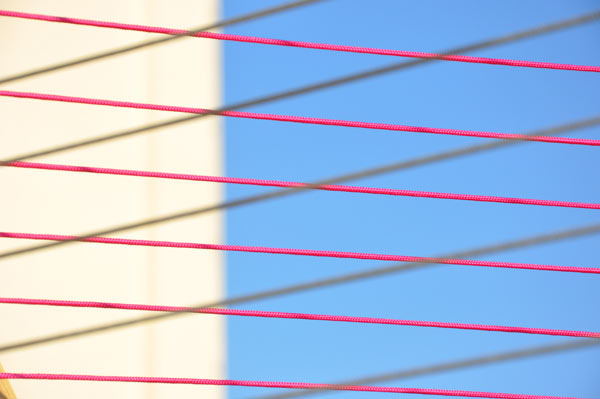 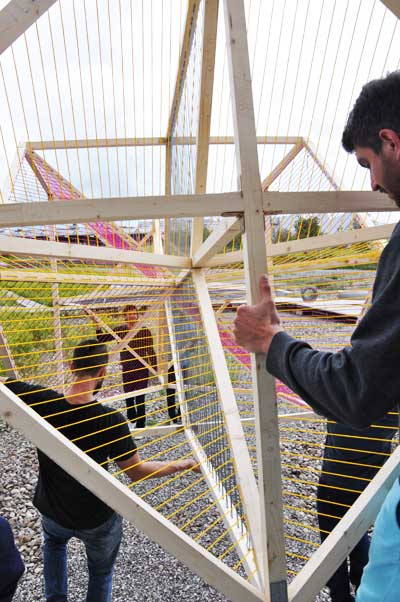 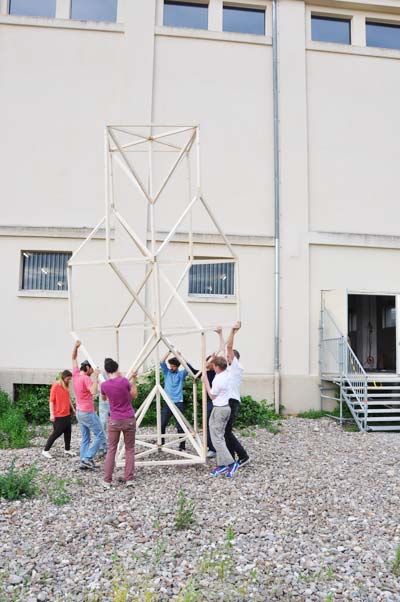 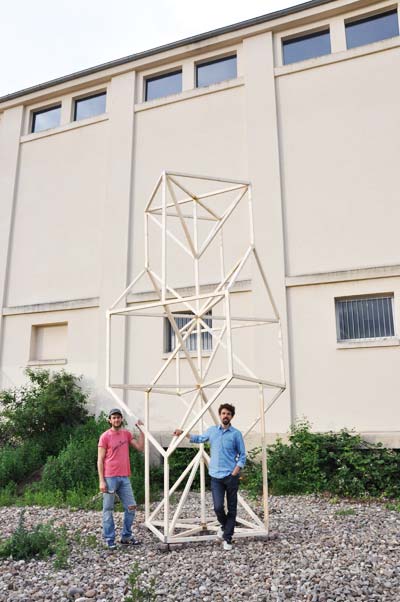