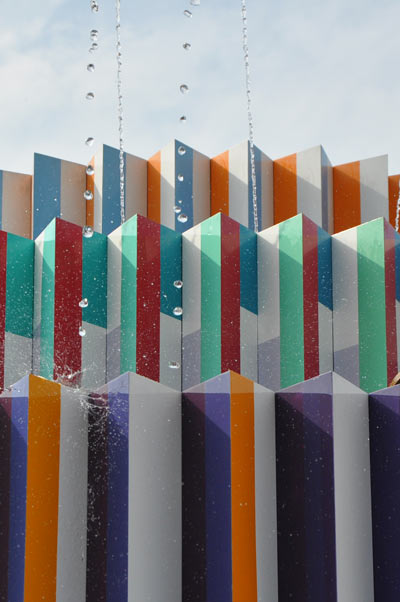 Bright, colourful and fun, that’s how we want 2013 to be, don’t we? That made me think of Yaacov Agam‘s fountain that I saw last year in Tel Aviv. My friend Ori Ben-Zvi dropped me off at the Dizengoff Square one evening, I sat down on a bench and looked at the kinetic sculpture fountain placed in the middle of the square in 1986, for a long time. Note: Willy Wonka needs this fountain in his factory. 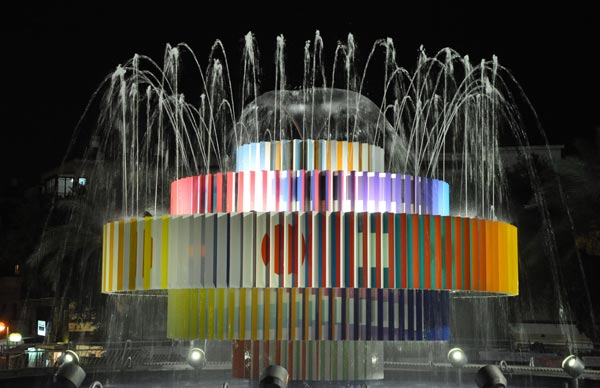 ‘Water and Fire’ is the name of the awesome landmark. More than 900 painted sheet metal triangles make up Agamâ€™s style of abstract, colorful and kinetic art. Occasionally jets of water shoot upward from the rings and music accompanies the whole display in a 20 minute show that begins to play at the beginning of each hour. Starting daily at 11 am. 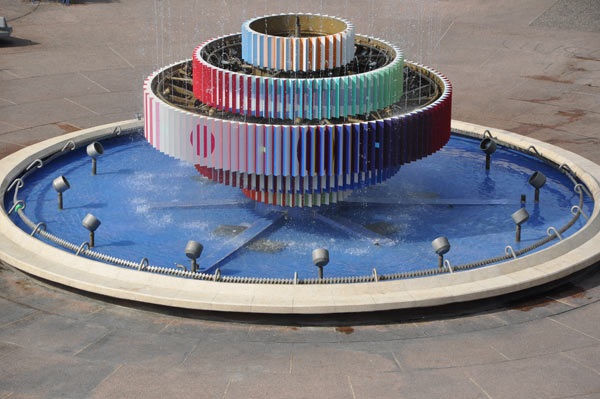 I guess I was lucky, because it took almost one year to refurbish the piece of public Art and was finally done in spring 2012. I visited Israel in autumn. Apparently Agam himself complained about the state of the fountain during a visit in his homeland. Fortunately the government had 2 million over to handle the job. 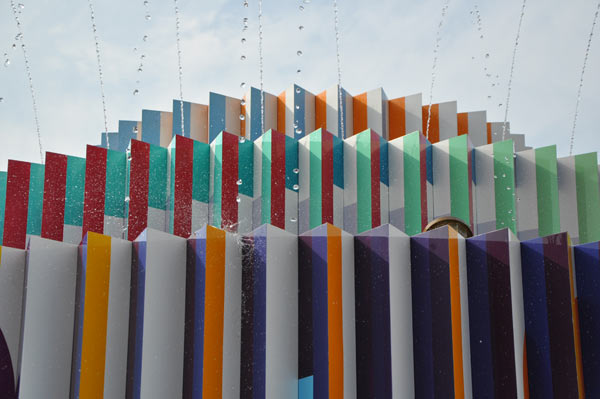 My friends’s from Okolo were also fond of the fountain. See here. 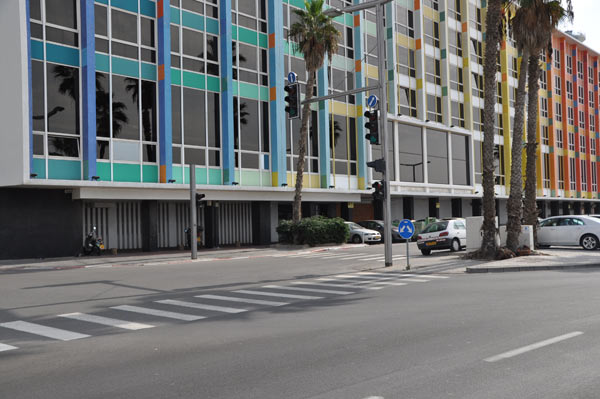 Down by the sea of Tel Aviv I found another work by Yaacov Agam. It’s the Dan Hotel with a rainbow-coloured facade. In a city with post modernist structures that is also called ‘The White City’, Agam is surely an aesthetic exception in the scene. 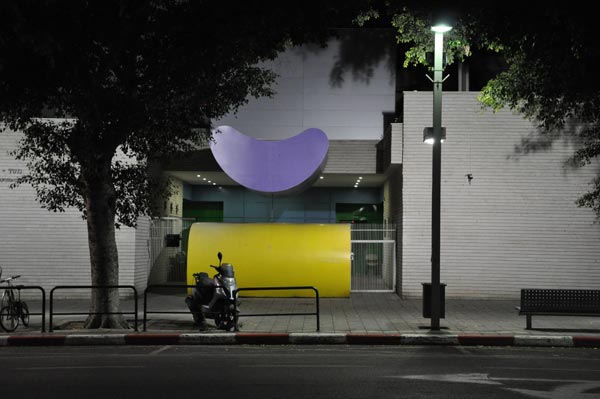 I am not familiar with this work, but I photographed it not far away from the square and I think it goes well with the theme. Let’s hope things will look more colourful for the Israeli’s in 2013 too! 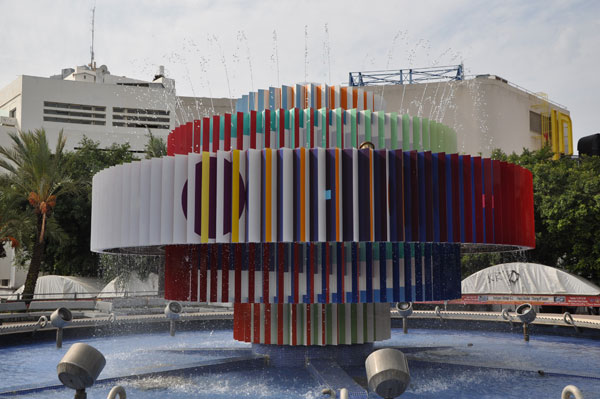