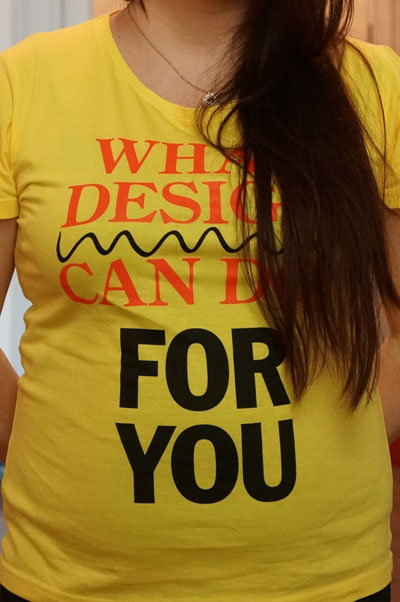 You know that feeling when you are bit hungry but you need that specific something before your appetite becomes real hunger. We thought that’s what people need during a conference break. When Robert Thiemann from Frame Magazine asked me if I want to come up with an idea for a short break-out session straight after lunch during What Design Can Do it seemed to be the obvious choice to do something that evolves around an activity. The 3rd edition of the conference took place earlier this month at Leidseplein. My game partner jewelry designer Sam Hamilton and I decided to do a scavenger hunt around that area. Together with a bunch of people from the conference we were running through the city, doing Limbo under a parking barrier, trying to find Rembrandt at The Pantry and many more. But most important was that everyone laughed despite the rain and that everyone enjoyed a real small bite of play and fun before the real meal began. Have a look at What Design Can Do and and What Design Can Do for Play. 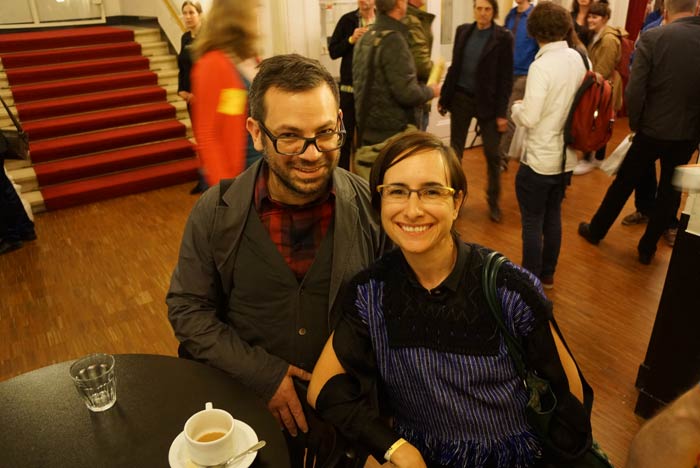 Lovely to see artist Pedro Reyes, who I have met last year in Istanbul, and his fashion designer wife Carla Fernandez. Too bad I missed their talk on Friday 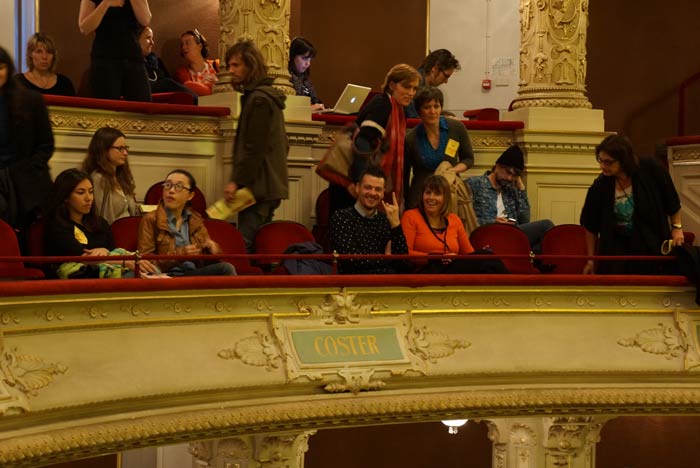 Cheeky Belgian Journalist Christophe de Schauvre together with a friend 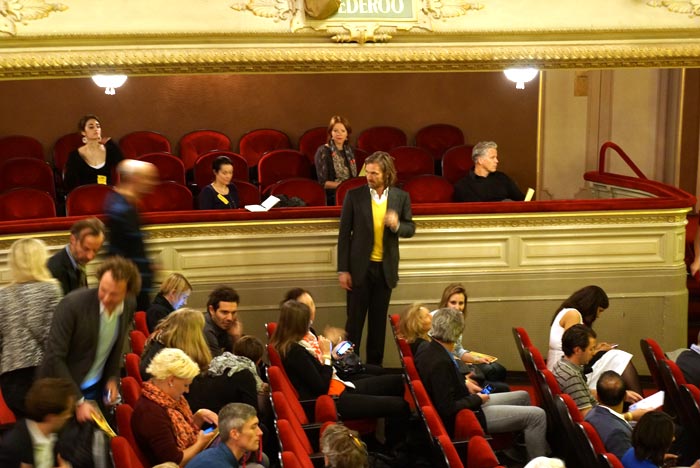 Richard van der Laken, founder of the conference, checking it all out 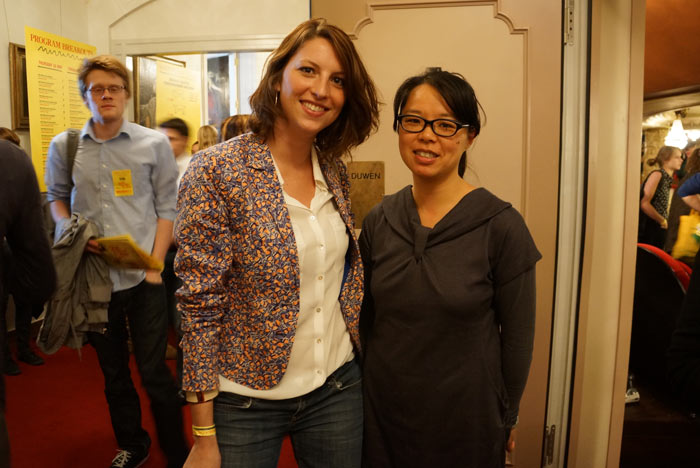 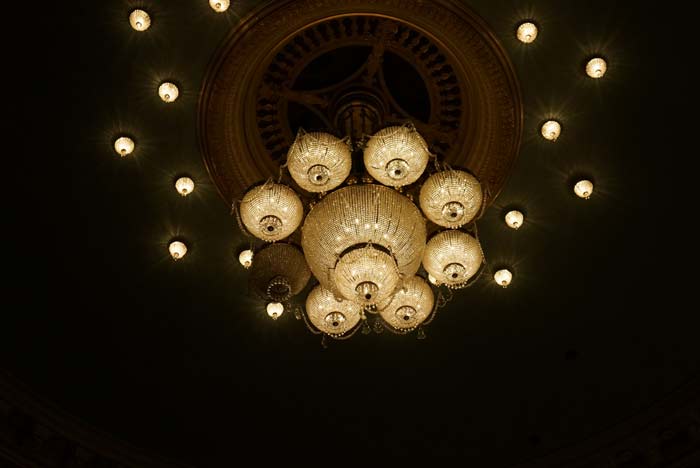 The fantastic Stadsschouwburg Amsterdam, the location for What Design Can Do 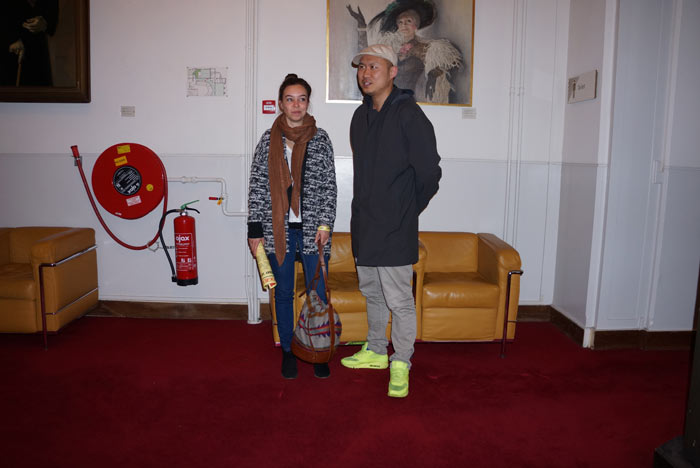 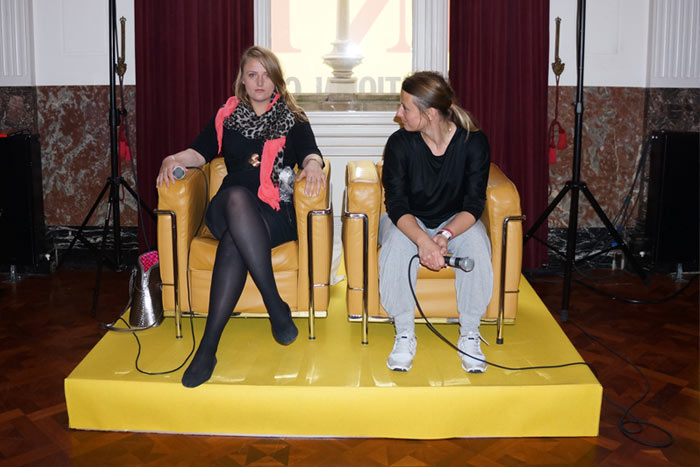 Sam Hamilton and me, being fierce and making ourselves ready for the scavanger hunt 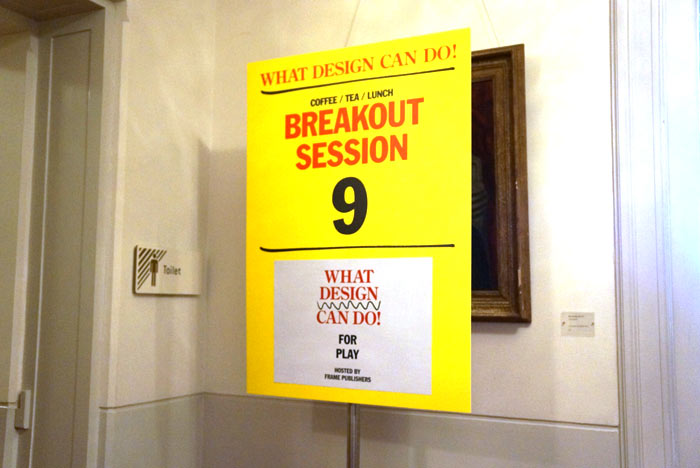 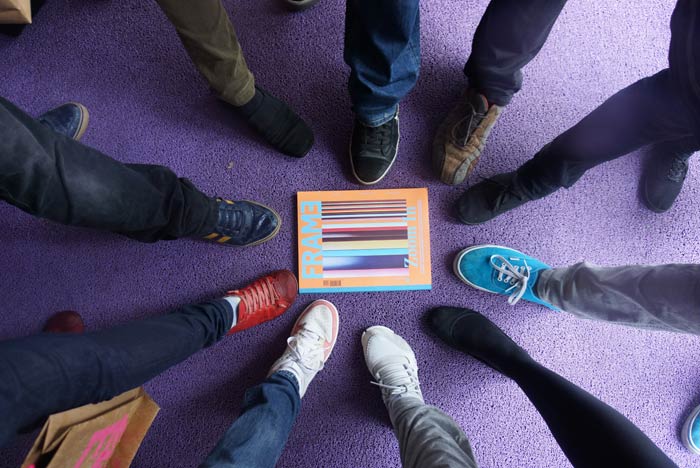 Task no. 14. ‘Take a final picture of your team with your copy of FRAME Magazine being the center point.’ We thought it will become another group shoot, but it became a colourful reference on shoes. Later that day the picture made it on stage because someone posted it on his twitter account. 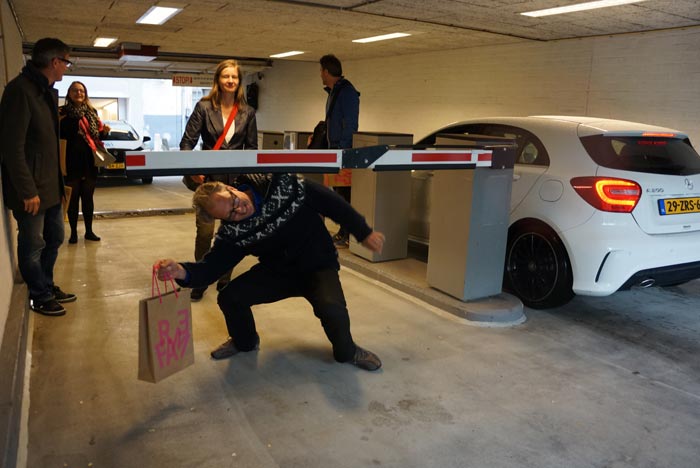 Roelant Meijer from Tegenwind cheating on the Limbo task. :-) 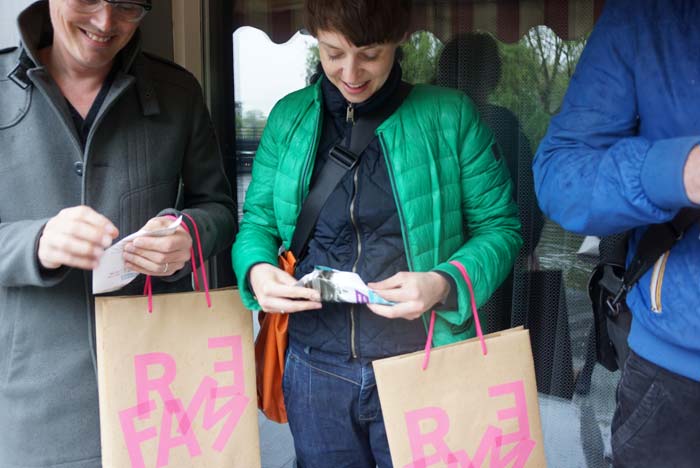 Ewa Voelkel Krokowicz from Concordia Design, Boo Hoeboer from Adbod and Marius Regtershot from CAPAZ making a fleet of boats from leaflets from De Balie, a coffeeshop from Amsterdam 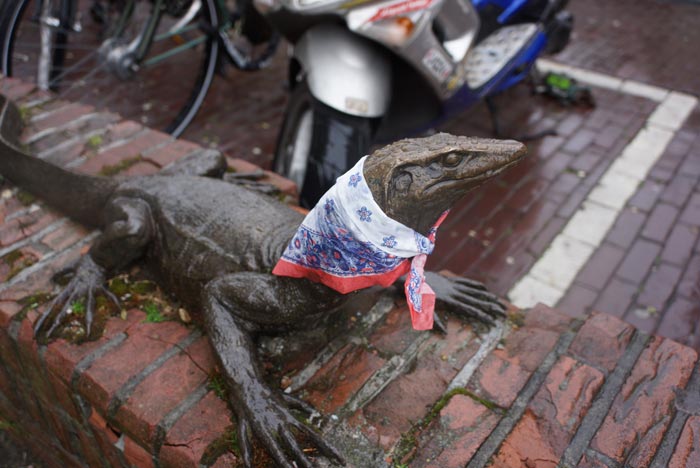 First we had to collect a napkin and then the task was ‘Dress a lizard’. At the end we dressed around 9 of the lizards that are close to the pancake corner. Note: the staff in the shop is extremely unfriendly! 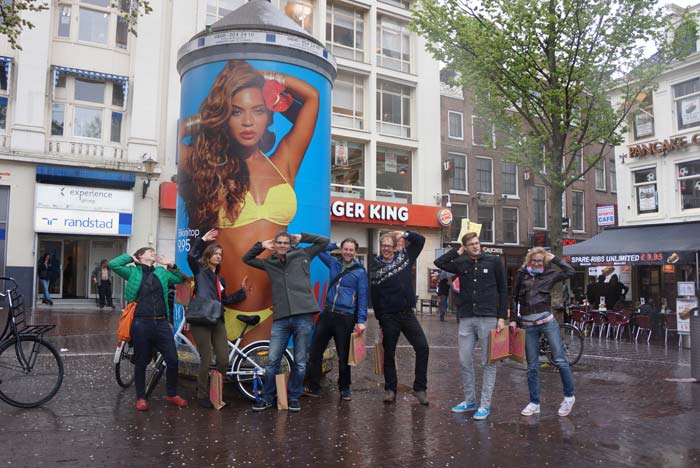 Task no. 9 ‘Team Vote: Human Pyramid or your best Beyonce pose.’ They are obviously Beyonce fans. 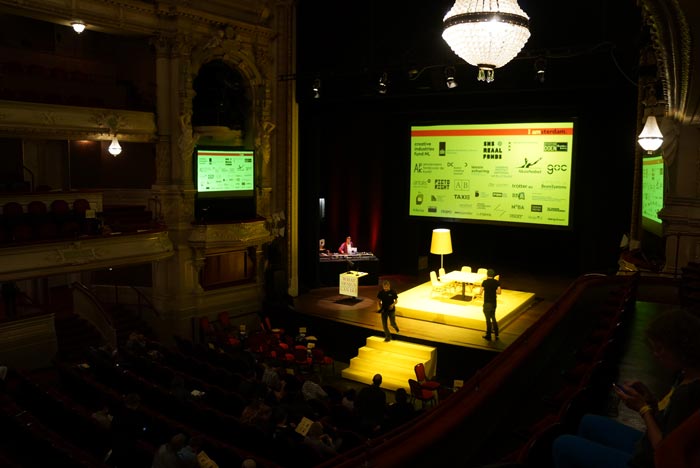 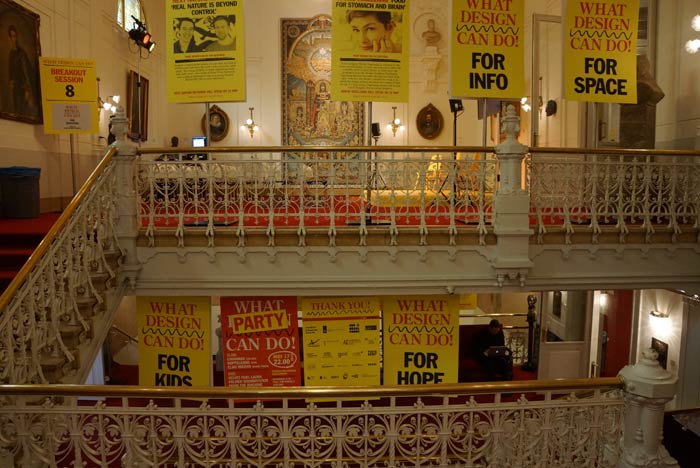