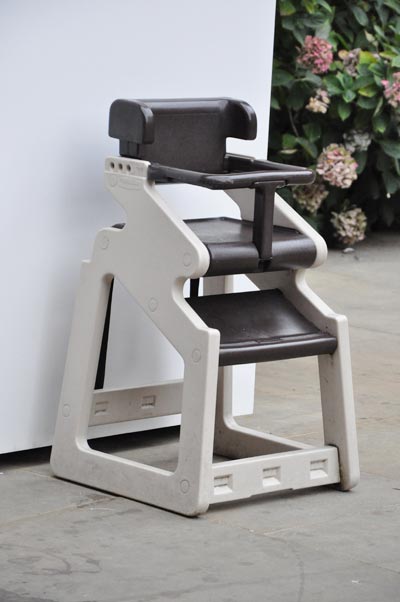 It was all about chairs and benches at the Victoria & Albert Museum during this year’s London Design Festival. A slight overkill of seating possibilities, which came in handy for the many visitors that were happy to sit and rest. The ten benches in the courtyard were designed by British designers commissioned by Established & Sons and LDF. Inside the museum you found Nendoâ€™s Mimicry Chairs that were sculptures rather than support of human activities. The surprise of my visit was Out of the Woods: Adventure of 12 hardwood chairs initiated by RCA tutors Sebastian Wrong and Harry Richardson who invited their students, as well as twelve well-known writers to create a work of art to tell the story of each chair made by the students. The pictures I took don’t give justice to the project but you can find more at Core77. When I left I stumbled upon my number one, which you see above. Unfortunately I won’t ever be able to sit in it myself. 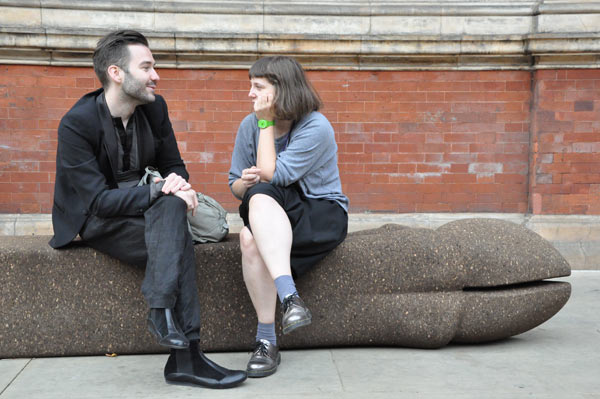 PÃ© de porco (pig foot) by Fernando Brizio. I know what you are thinking. You think this looks like a di**. It actually does, but it’s a pork foot made from cork. 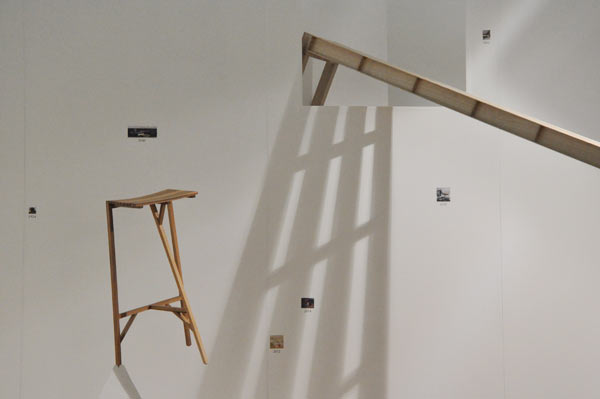 Out of the Woods: Adventure of 12 hardwood chairs, a show that is the result of work by students of the RCA in London in collaboration with the American Hardwood Export Council (AHEC). Stool above: Designed Legacy by Michael Warren 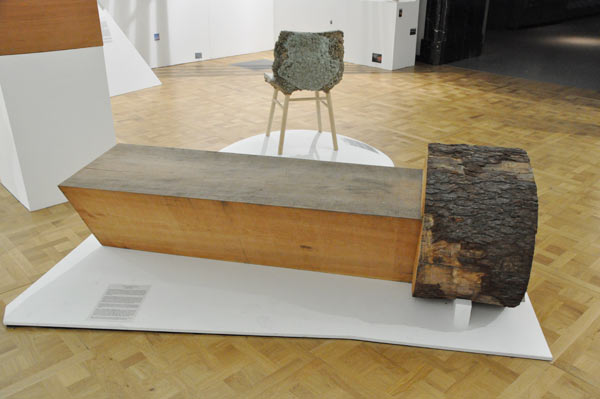 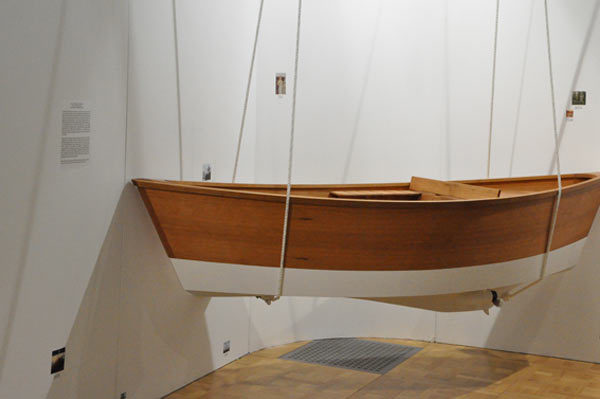 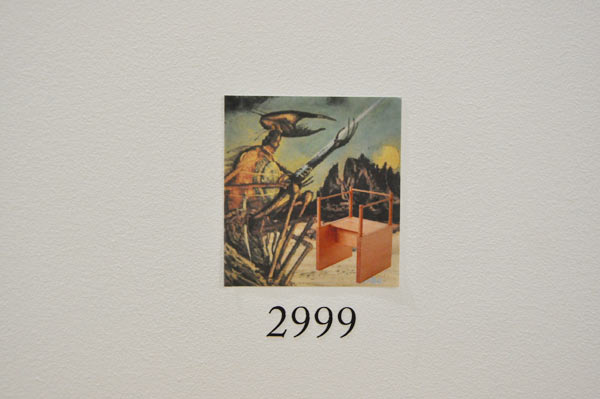 One of the adventures of the Solitude Chair by Mary Argyrou, fighting in a world full of extra large insects that try to conquer the world 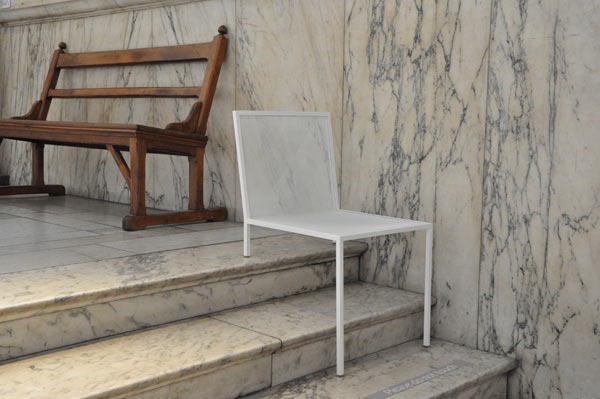 One of the Mimicry chairs by Nendo . Various versions of the white pressed-metal chair were positioned in the galleries, down corridors and on stairs. 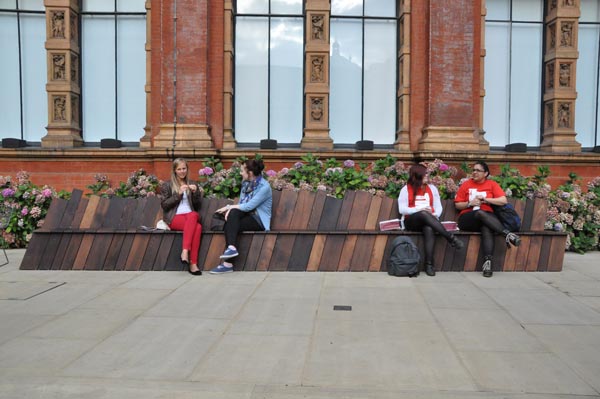 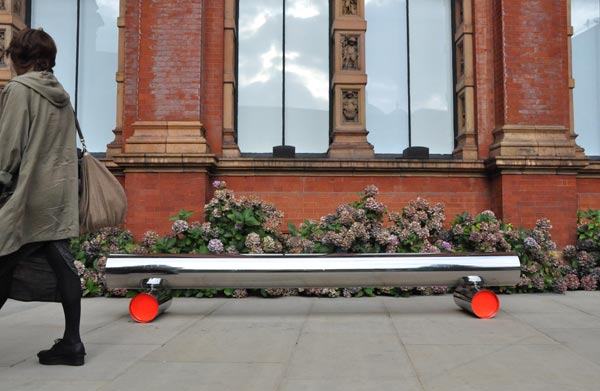 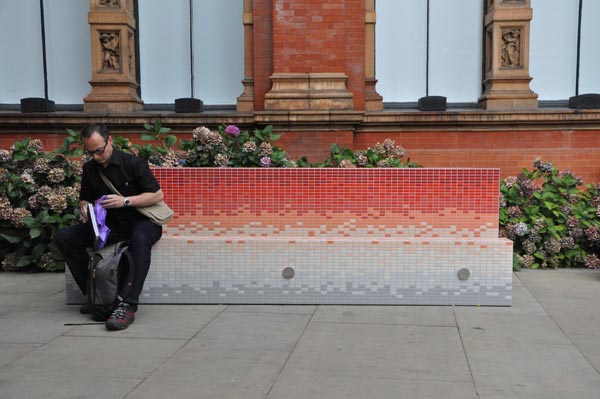 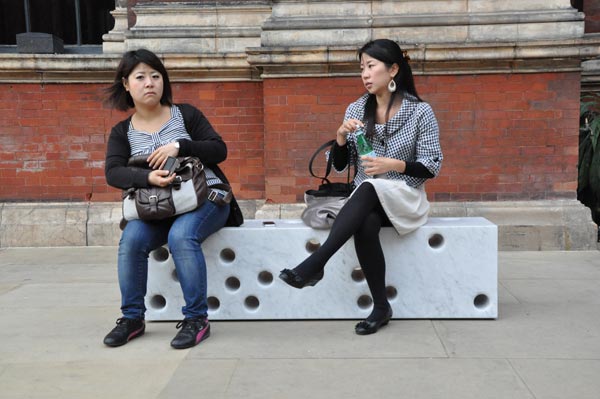 Western FaÃ§ade by Edward Barber and Jay Osgerby. These two Chinese on the ‘Western FaÃ§ade’ are my favourite image of all benches with visitors 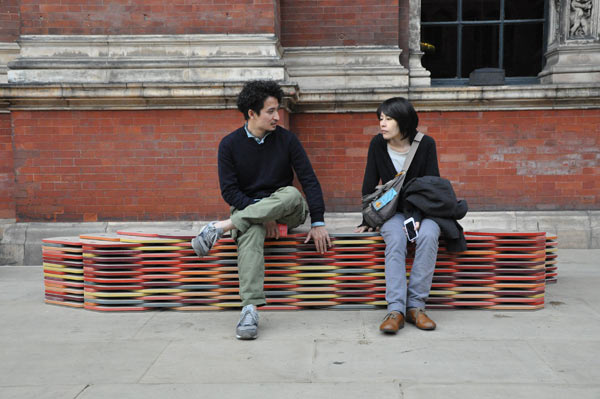 Bench of plates by AL_A 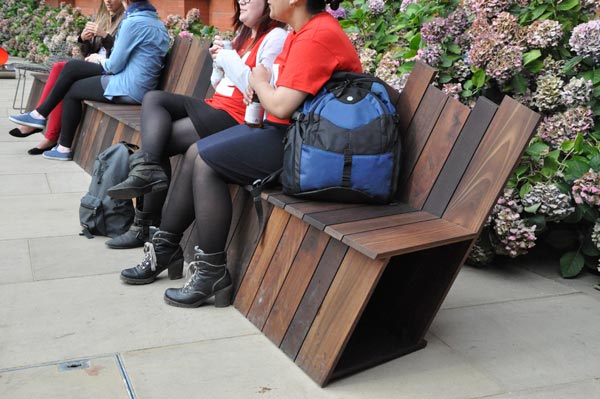