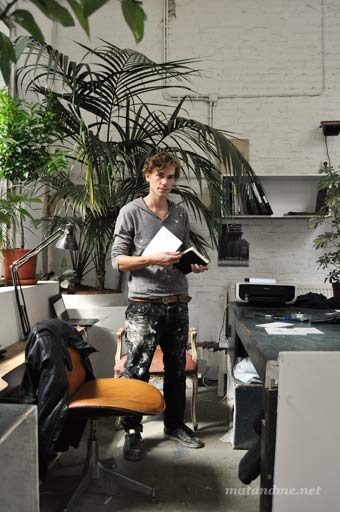 Valentin in his studio, which could be mistaken with a garden centre.
He even bought a 50 year old lemon tree 2 weeks ago.

I know so many things about Valentin LÃ¶llmann that I don’t know where to start. First of all Valentin is a friend. The kind of person you do not call for a while, but will still be one of the people you can easily hang around with, no matter how much time has passed.

For years, during our product design studies, he was my neighbour. Steping in his apartment was always a different scenario. He regularly redecorated his surrounding. Sometimes he would build a new shelf, a new bed or a new table out of material that was lying around. Other times he would make his living room into a lounge, which was full of plants. 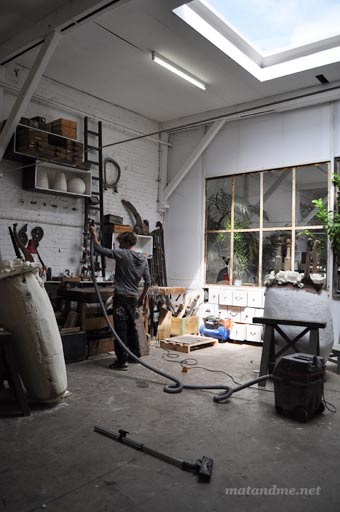 He hasn’t changed since then. When you enter the studio he established with some friends last year, you find the same aesthetics. The only difference is that he has grown with confidence about what he does. Valentin started off with the passion of making things. His creative family didn’t leave him too much choice but furniture. Anything else was already covered by the rest of the LÃ¶llmann’s. His father Uwe and his mother Cordula are artists, his brother Jonas is a Photographer and his sister Marei is about to work in fashion. Valentin became a product designer. He wants people to bond with the pieces and he wants to evoke emotions. Ideally they are pieces you look at with dreamy eyes and you feel comfortable with. And eventually you will think about your memories. 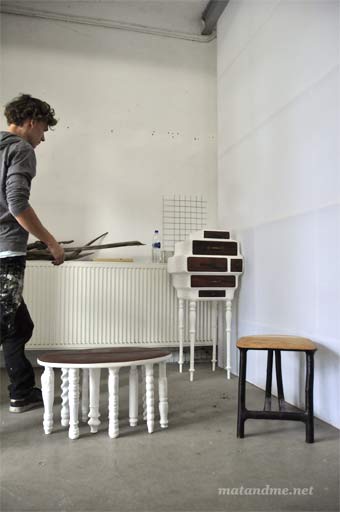 Valentin’s graduation project from 2009 is called ‘Past Memories‘ (white pieces) a furniture series made of discarded furniture pieces which he collected in abandoned buildings in France, Belgium and The Netherlands.

Right now he is working on some similar pieces for the Dutch Design Week (work in progress on 2nd picture) and a series of stools (front right) made of burned branches and wood. 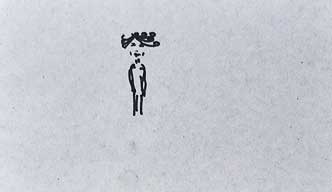 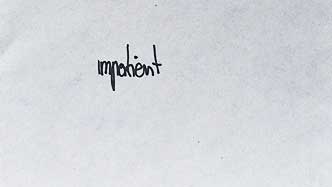 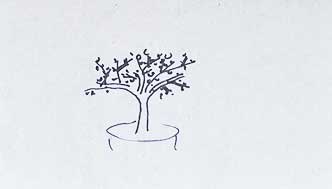