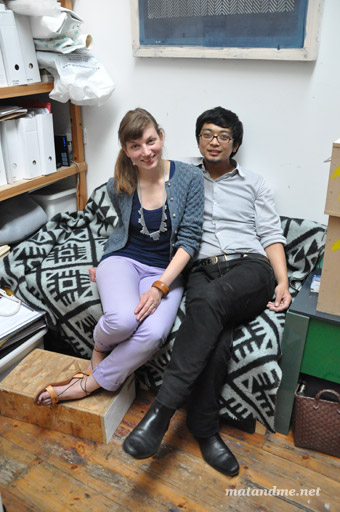 Bernadette Deddens and Tetsuo Mukai met during their studies at ArtEz in Arnhem, the Netherlands. Dutch Bernadette and Japanese Tetsuo formed Study o Portable about two years ago, where they investigate materials in order to produce uncommon accessories. The small series of carefully designed objects are always linked to a different technique that they explore and fabricate by themselves in their tiny studio in North London. When I visited both the other day, I entered a cozy 20 square meter space that is packed with personal objects and memories. The married couple made the place very homely but also a very effective workshop. I guess this is a good example of Japanese organisation combined with Dutch spontaneity that makes this household work. While we snacked a carrot cake and played Mastermind we talked about the second show they will curate during this year’s London Design Festival with the title Methods of Imitation. I wish it would be already September. 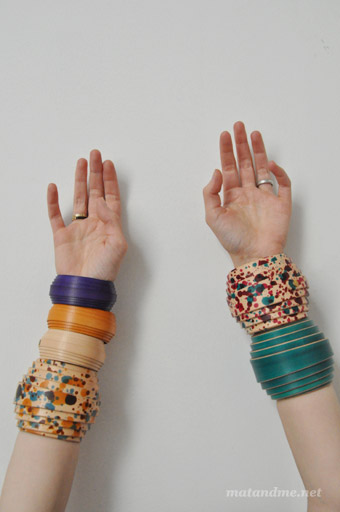 Some of the leather bangles, modeled by Bernadette 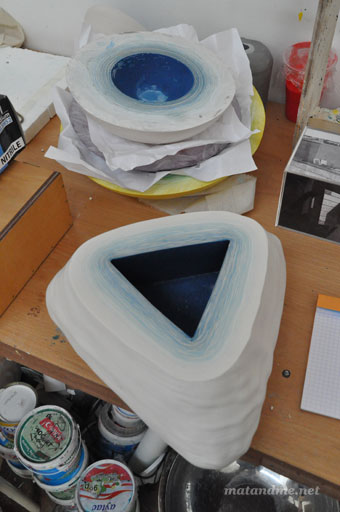 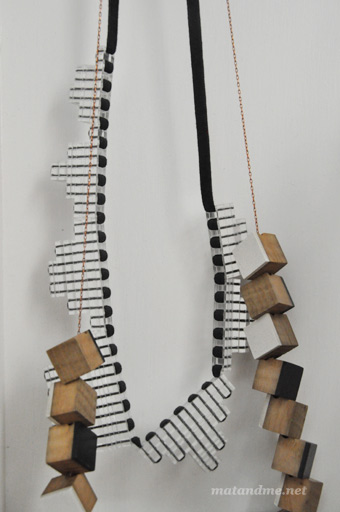 Two necklaces: one consists of modular acrylic beads and the other one wooden blocks with black-and-white linoleum 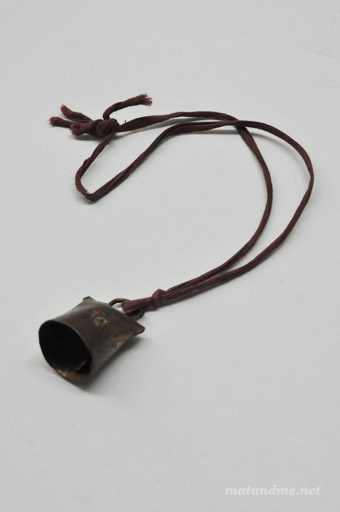 As a child Bernadette’s parents put a bell around her neck. She was able to play outside and her mum could tell where she was by the sound of the little cowbell. An ancient and honest GPS signal. These days kids would probably get an iphone. 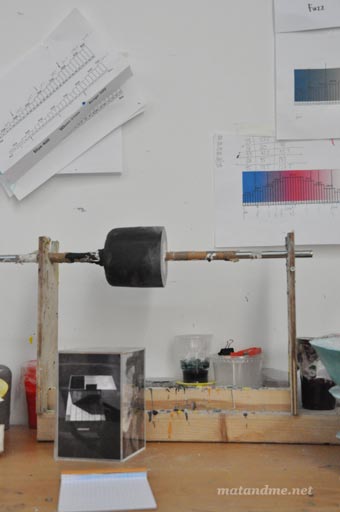 Self-invented and hand-operated rotating spindle that is used to make the Fuzz collection and the Baum bangles, that are inspired by the process of producing ‘Baumkuchen’ cake 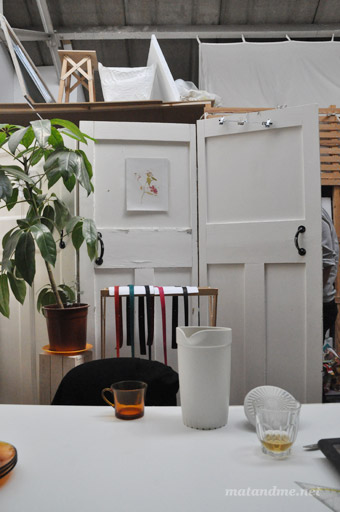 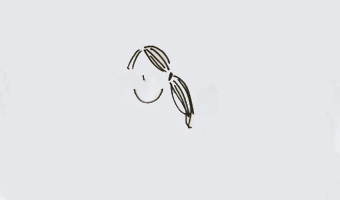 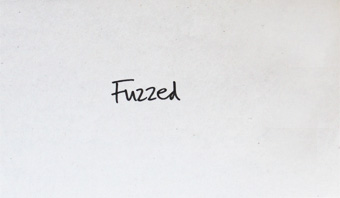 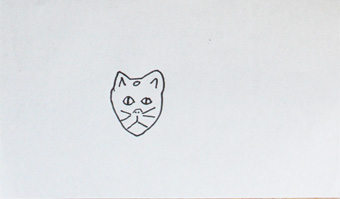 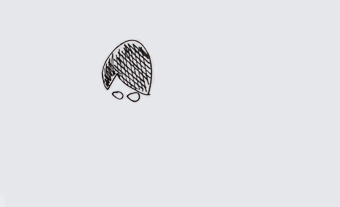 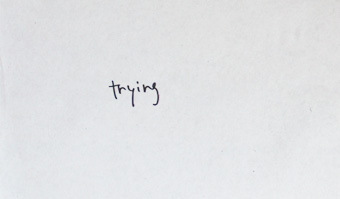 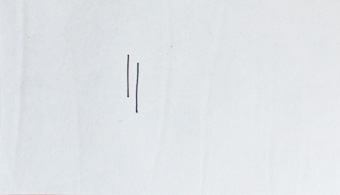