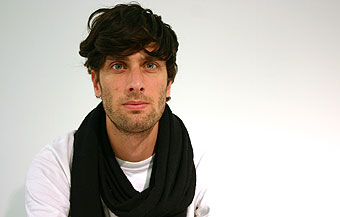 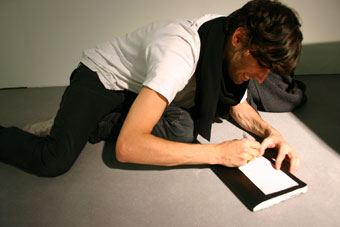 philippe malouin is 26 and traveled the world of design. he is canadian and did the Industrial design program at the university of montreal, visited the ecole nationale de création Industrielle in paris for 6 months and graduated at the design academy eindhoven in the man and living department. on top of this comes the fact that he was a lucky intern at amsterdam-based designer frank tjepkema‘s studio and at the tom dixon studio in london. tom dixon offered him a job at his studio. but instead of working full time for him he decided to do part time and to work also on his own projects.

philippe received the second prize at the [d3] design talents awards in cologne for his inflatable table called ‘grace’. he admires the capacity of inflatable furniture. so talking to phillippe was fun. he is open and talkative and always on the run. pretty hard to get him for an interview. we were once appointed in london and than we talked about meeting in eindhoven. but we finally made it in cologne. just by accident! so he thinks that he can’t draw. at least that’s what people tell him. but he as enough experience to compensated that by his other skills. philippe and I have the same favourite pub in london, the george and dragon in shoreditch. a place of eccentric décor and a wired audience. the right place to celebrate an award! (I celebrated my last birthday there) 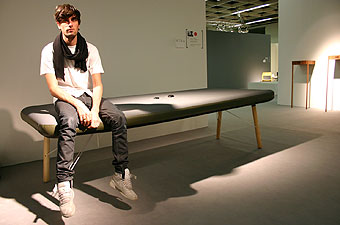 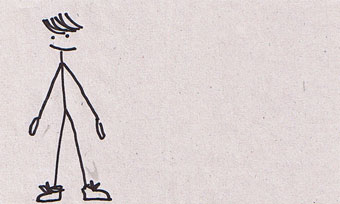 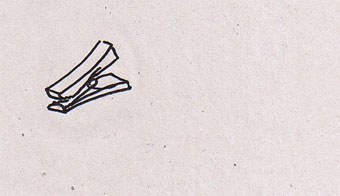 One thought on “philippe malouin: hi!”