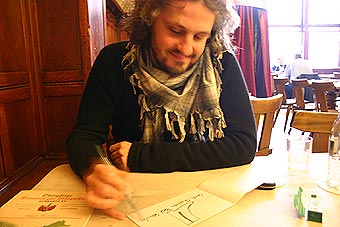 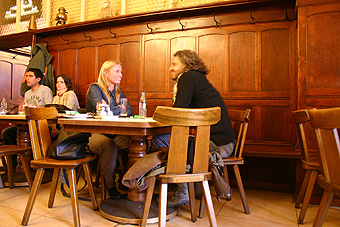 how would you react if you recieve an email of one of the established advertisers in germany? that actually happend to me. I’ve been cool. we’ve got together in cologne. right now he is enyoing his holidays at his parents who live close-by cologne – what makes him likeable. (how many people do you know love to spend their leisure time with the ones who gave birth to them)

oliver voss is board (one of several) at jung von matt . they work on international clients like mini cooper, ebay and tui. they created the current campagine ‘du bist deutschland‘. (try to convince the germans to become more children. so melancholic that you could cry) the founders of the agency have been once described by news magazine der spiegel as the “pop stars of german advertising”.

oliver started his career as a law school student, but he quit his studies to become copywriter. he worked in new york and in amsterdam for different agencies and attested that he is the creative character who the inscrutable and maniac world of advertising needs. he is one of the archetypes who reached their goals without a study. and after this long way he and his collegue niklas frings-rupp found the miami ad school hamburg in 2003. an advertising school where you learn everything you need within 2 years, professional tutors included. oliver is an average creative. he likes to talk, to explore, to watch people and is curious. he even used a beer mat to note an idea he had. and he even thinks that he is slow, what you would never assume after you had an insight in his work. 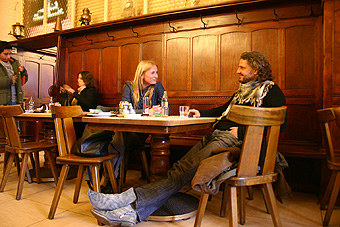 he was just trying to be in a ‘cool’ position – hehe 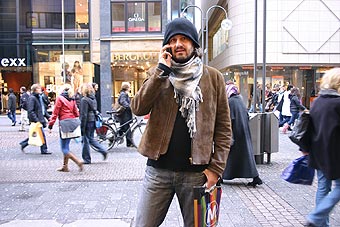 in the city of cologne, after buying a book 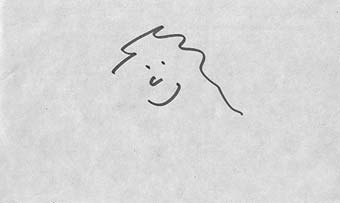 he draws himself smiling like he did the hole time 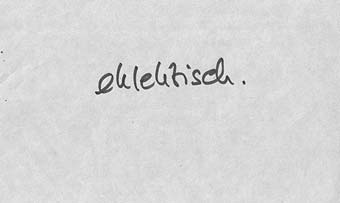 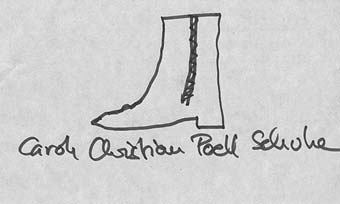