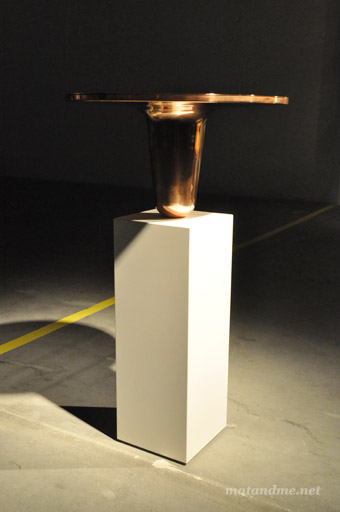 I know what you think. You think ‘Great, Matylda. That’s just some furniture and vases on a white stand.’ I thought the same when I arrived at the stand of Gallery Helmrinderknecht at Design Miami Basel. Petra Helm from the gallery introduced me to the pieces and told me that the block actually belongs to the design. She tipped the table above and the white block below moved as well. 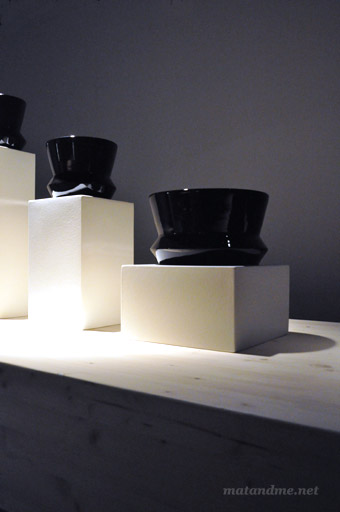 Nicolas le Moigne is a Swiss designer from ECAL/University of art and design Lausanne. I have to admit that I never heard about him before, but I like that he used various materials for the entire ‘Podium collection’, rather than focusing on the shape. 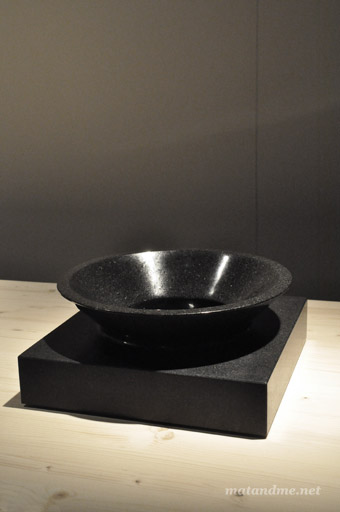 The bowl is made in stone, the shelf is wooden and the ‘occasional table’ (top image) is a metal one. All three vases are made in ceramic. The white block where the vase seem to be standing on, is actually a real part of the vase. When you put a long flower in the vase, it will magically disappear and people would wonder where the rest of the flower went. 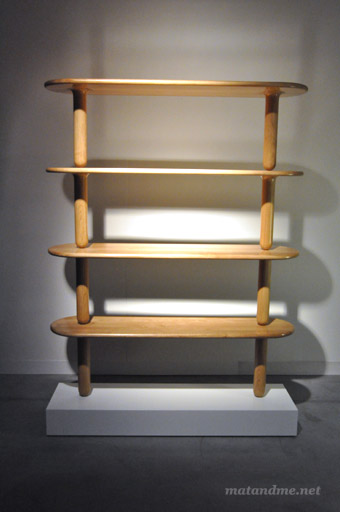