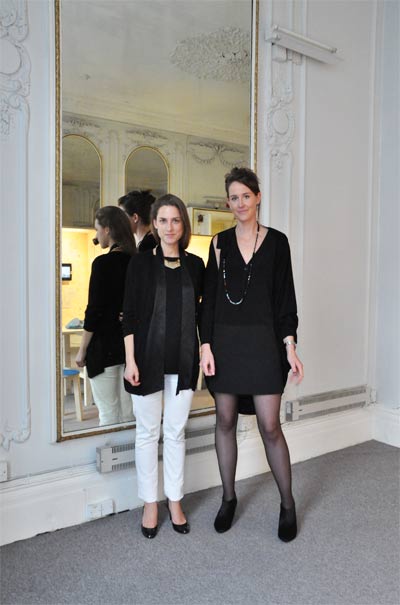 Polish Maria Jeglinska and Swiss Livia Lauber met in Lausanne, Switzerland. Maria moved there in 2005 to start a Master at Ã©cal. Livia had just graduated and somehow they bumped into each other pretty quickly. After 6 months of endless “corridor parties” a friendship and a common creative understanding began. 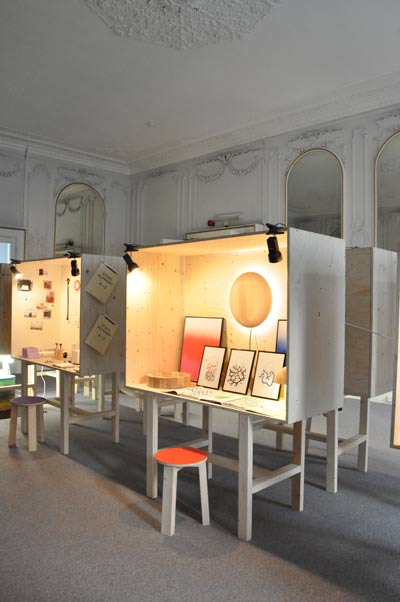 This year they had their debut with a show called ‘Wonder Cabinets of Europe’ during London Design Festival. In a poetic space with huge mirrors in the second floor of a Victorian building were eight wooden boxes filled with curiosities of designers. The format they choose allowed them to link the content together and to create a narrative, which lead to the scenography. 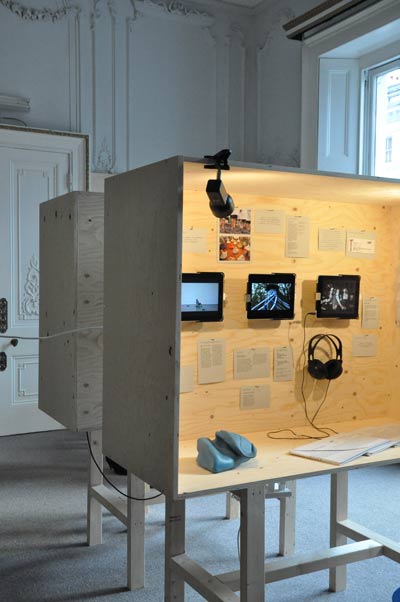 ‘What the cabinet of curiosity conveys fitted very well our intentions, and the geographical context of the project: Europe. This setting created a more visible and clear background for the installations’, says Maria Jeglinska. 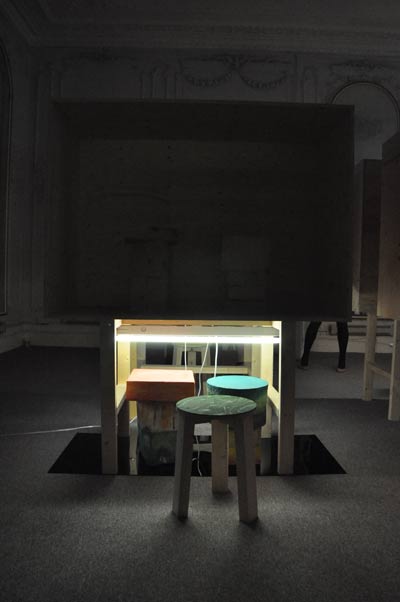 The a room in a room, an exhibition within an exhibition – the idea was to give a more intimate view on the exhibited work processes. Maria & Livia wanted to show that each entity has a very precise way of working and varying. The stool in front of the cabinet invited to sit down and to explore the cabinet’s content. 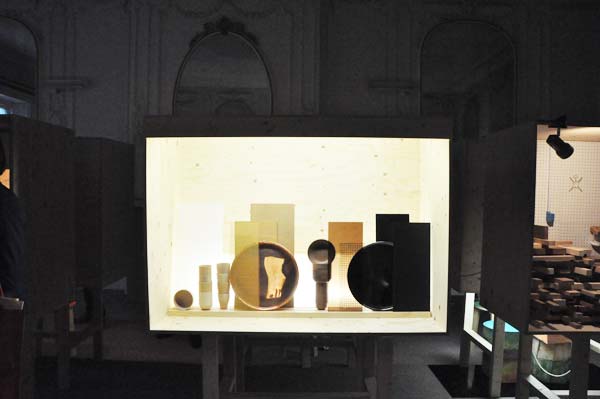 I asked Maria if she thinks that a designer should curate himself? She answers as follows: ‘In this context I think we initiated something, rather than curated… It’s a tricky thing since we were also part of it. But I think we both enjoyed this role, which for me was very similar to being a movie director: you create the entire scenario, the context and its actors… The important thing is that we left the designers free with their choices as to the content of the cabinet.’ 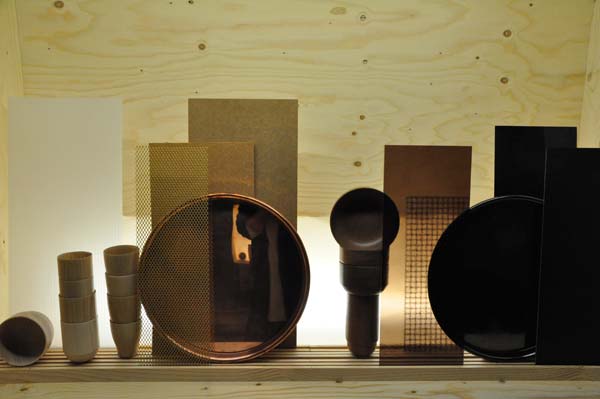 Fingers crossed for an eventual presentation at ICFF in New York in 2013 or a presentation in Maria’s homeland Poland. Check their Wonder Cabinets of Europe Website for updates. 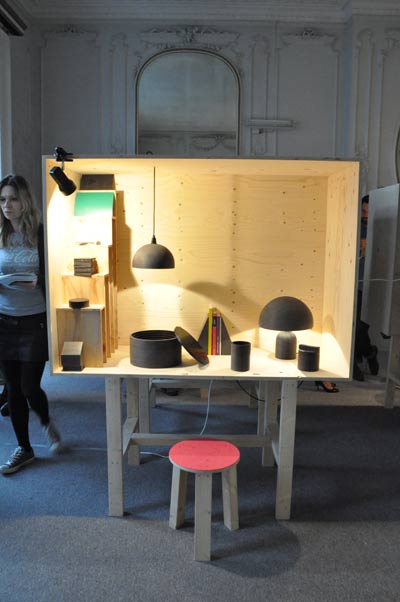 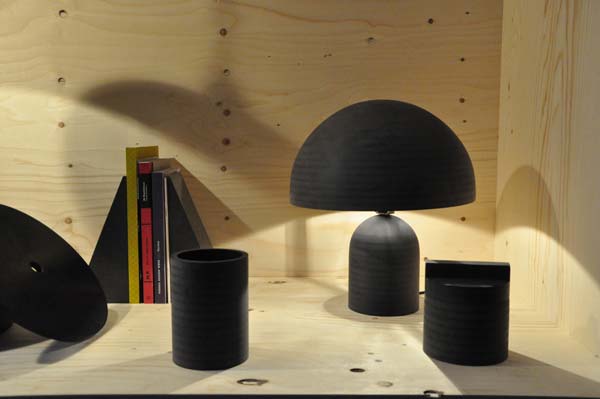 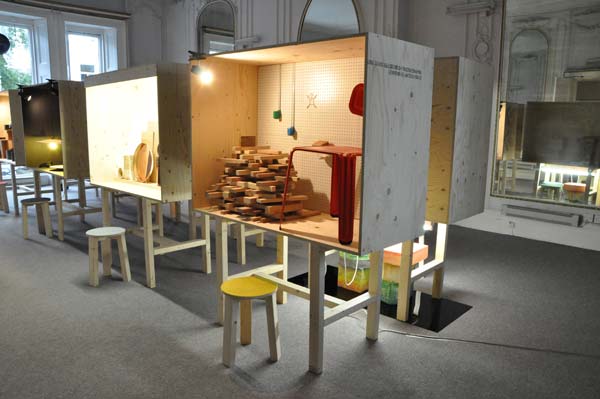 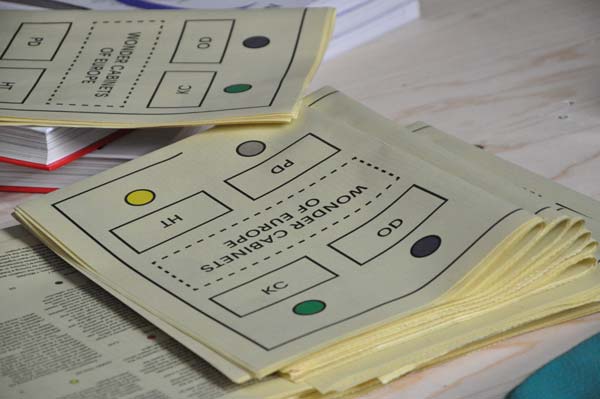 Publication for Wonder Cabinets of Europe 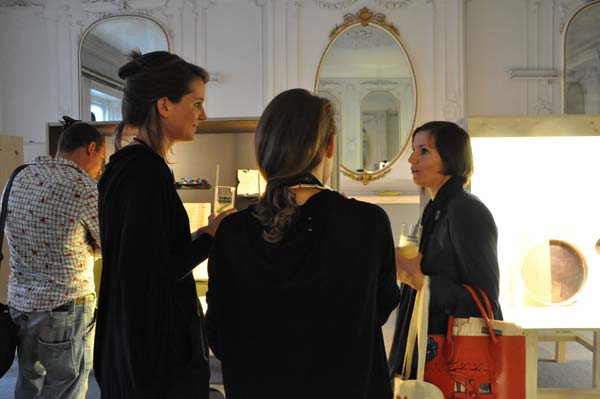 Livia & Maria during the opening