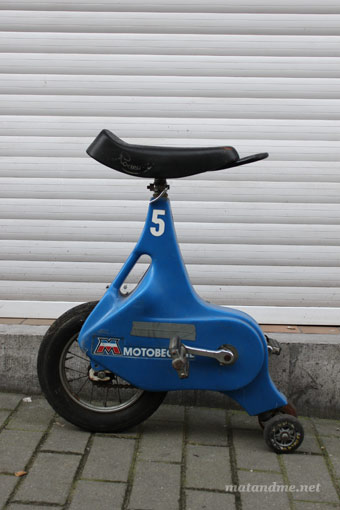 On Wednesday I met Belgian designer Maarten de Ceulaer and Alexis from the Victor Hunt gallery in Brussels. It was business, but when Maarten showed us his little blue ride we couldn’t help it and tried to use it. I can tell you, it’s not that easy. But it’s definitely fun! 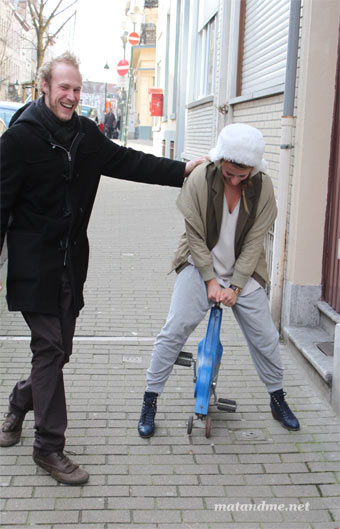 Motobécane was a French manufacturer of bicycles, mopeds, motorcycles, and other small vehicles, established in 1923. ‘Motobécane’ is a compound of “moto”, slang for motorcycle; “bécane” is slang for “bike.”

In 1981, Motobécane filed for bankruptcy and was purchased by Yamaha and reformed in 1984 as MBK ; the French company continues to make motorscooters. I copied this from Wikipedia. Thanks again for Information. 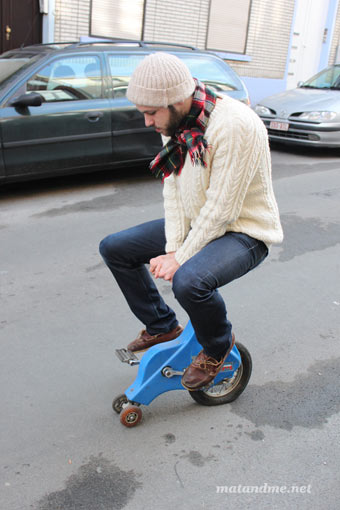 If you want to see some more cool rides, check the blog of London-based Wilson Brothers. One of them, Ben Wilson, publishes stuff you probably haven’t seen before. 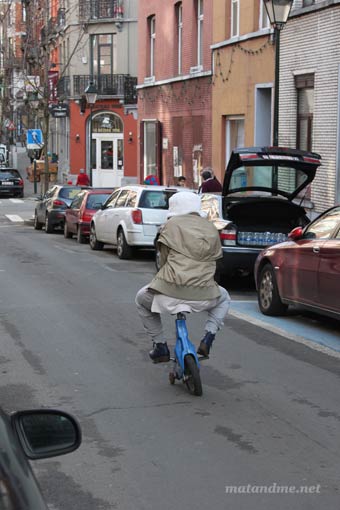