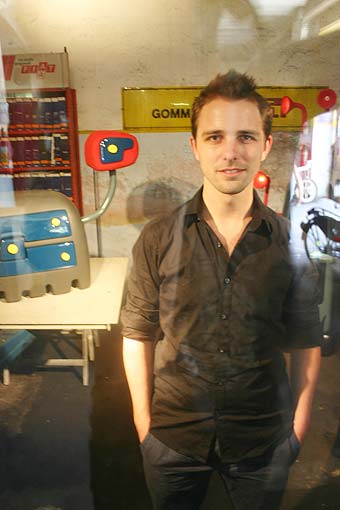 maarten wanted me to take a picture of him next the chankley bore because I not even asked anything about it. it’s great that established & sons said that he can do what he want but it remembers me of the yellow submarine cartoon with the beatles
(I do not feel bad about my statement)

maarten baas is the guy everybody in the ‘design world’ is talking about. sometimes he is a genius, sometimes just an innovative designer from eindhoven. I wanted to meet him in his studio but he wrote via mail that it would be better to meet him in milan for the design week. so I went to the garage (an adequate ambiance for his work) which was the showroom for one week and said ‘hello’. he asked me, like a gentleman, if I want to drink anything, and we sat down outside (that was rather my descision) we talked about his smoke collection, the new collection for contrasts gallery and that setting his work in a garage is a way of feeling home while abroad. I asked if there is something else he would like to do, besides designing furniture. making videos was his answer and again there was this complete satisfaction in his face which shows, that when maarten does something, passion is involved. I was slightly suprised because people described him as a shy person but he was really open and I had the feeling that we had a nice talk. furthermore, he betrayed his 3 favourite designers to me and we even have one in common. that’s all I wanna say.

but there is no design piece of maarten baas, after his smoke and treasure furniture, which doesn’t involve bas den herder. bas was also there and I had the chance for a little chat. the clog wearing guy (he is even driving his car with them) is the one who converts maarten’s ideas to reality. they met each other 3 years ago (through friends) and since then they started to work together. bas is the buddy for all technical problems (I want my one!). he and the rest of the team are working on the technical side. 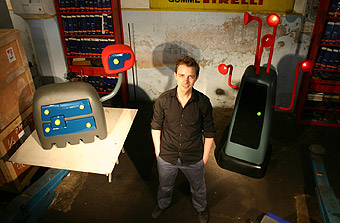 maarten and 2 prototypes of the chankley bore, a new furniture range for established & sons 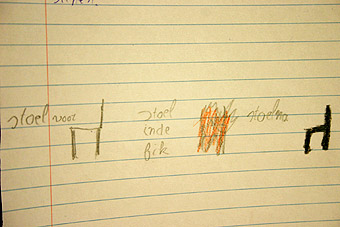 chair before, burned chair, chair after – how you make a smoke chair. a drawing from a primary school student. 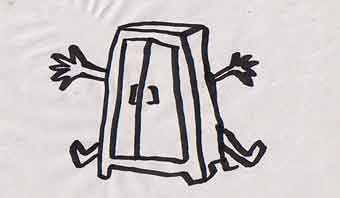 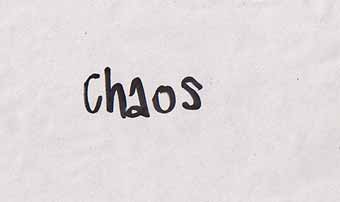 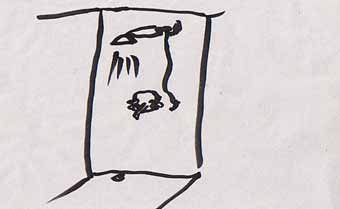 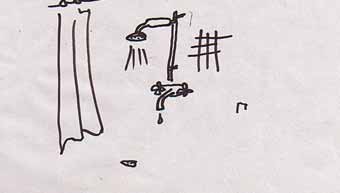 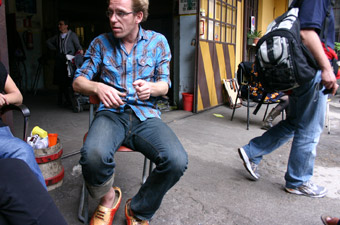 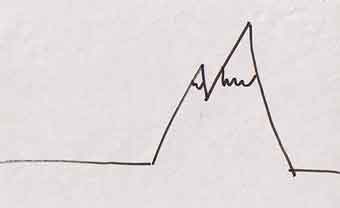 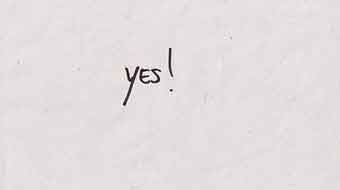 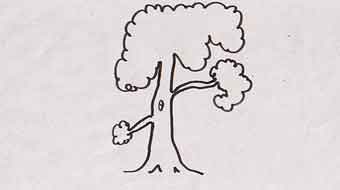 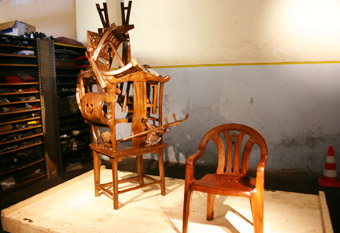 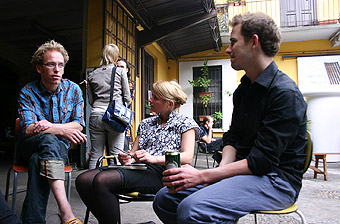 sitting, talking, having a beer – bas, me and maarten