I have visited the hussein chalayan exhibition at the design museum in london. its a comprehensive retrospective about the fashion designers work between 1994 – 2009.

this is the aircraft wing chandelier for the swarovski crystal palace at kunsthalle mannheim .

Its a large flap moving slowly up and down, revealing a long strip of swarovski crystals which are illuminated from behind by led lights. the installation is called ‘repose’ and belongs to the autumn/winter collection 2006. 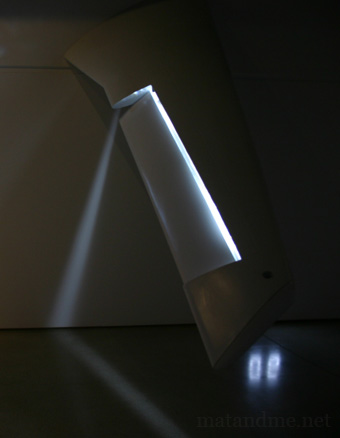 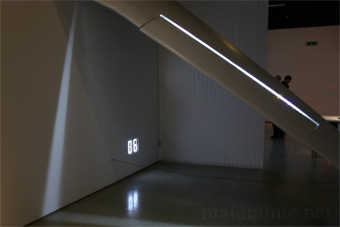