Not so long ago, last time I was in London, designer Bernadette Deddens invited me to come to the Fumi Gallery in East London. I have been there before, but this time I took the chance to get a guided tour through the current exhibition and a nice cup of tea. 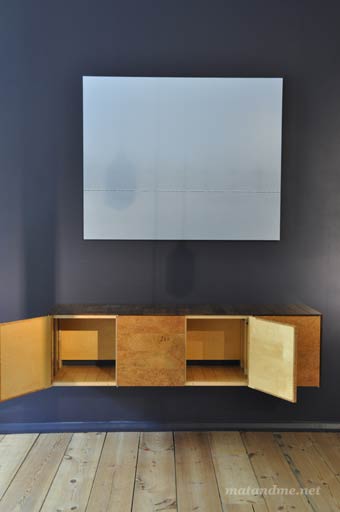 Bernadette, who works at the gallery as assistant told me something that I heard before, but always forgot. Fumi Gallery owner’s Valerio Capo and Sam Pratt opened a second gallery on Sardinia called Fumi Gallery Porto Cervo three years ago. It is mainly opened during the summer season. Have a look at the link for some images. It seems to be a wide and bright location in Mediterranean style. A contrast to the location in London, which has wooden panels on the floor and dark walls. 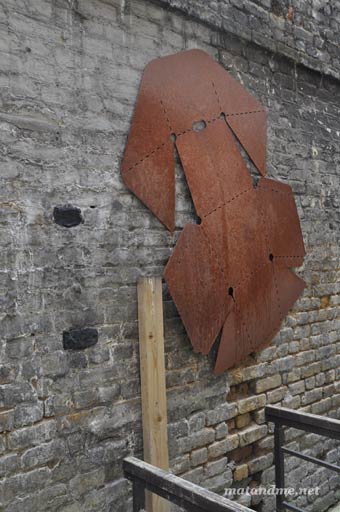 Another major difference is the weather and the style of living. I just browsed through Google and found a quote by Valerio Capo himself that couldn’t describe it better: ‘I live (in London) half the year, and the other half in Porto Cervo, a seaside resort town in Italy. The two ways of life couldn’t be more different.’

Flat version of the Rusty Sheet Steel Chair Max Lamb, 2008
– before folding it into a chair. See below! 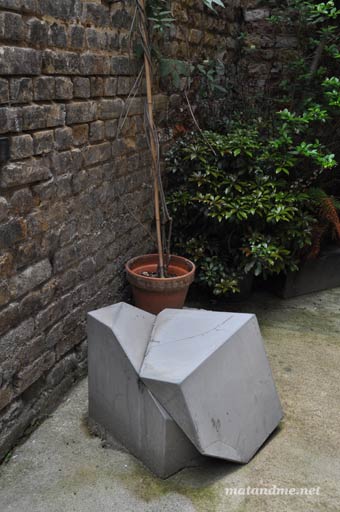 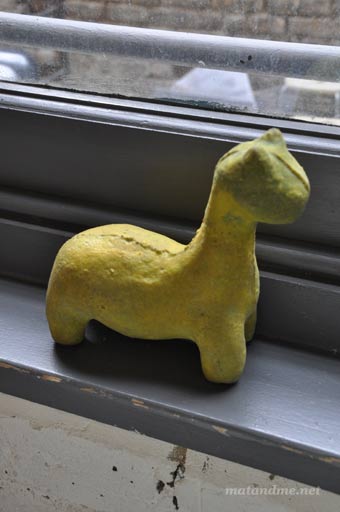 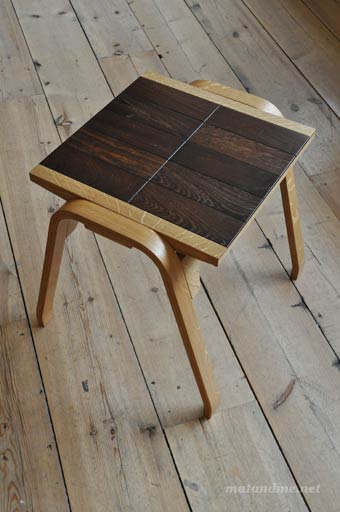 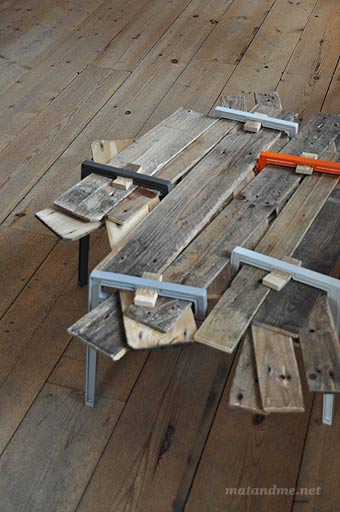 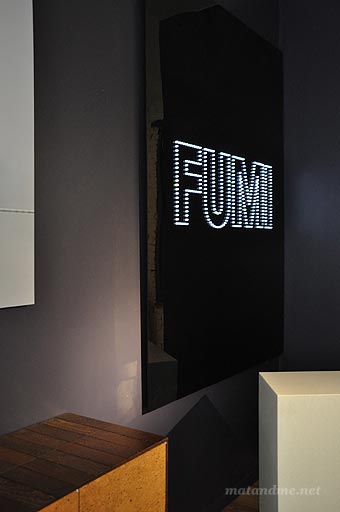