I saw esther stocker‘s work at the liftoff, (location was the office of buro philip van den hurk financial consultants) at the dutch design week in eindhoven, which ended last month. the title of the exhibition was ‘the truth of basics, resetting the history of living between four walls’ and different artists and designers were presenting artwork or designs in a room.

one of my teachers at my academy, academy maastricht, use to say to me: matylda, I really wanna know where your black and white obsession is coming from. I didn’t find an answer yet but I do know that it’s true. what I like about esther stocker’s installations: they are black and white and geometrically well thought out (like a system she wants you to be in). 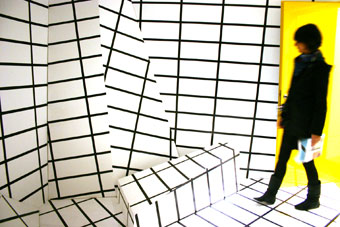 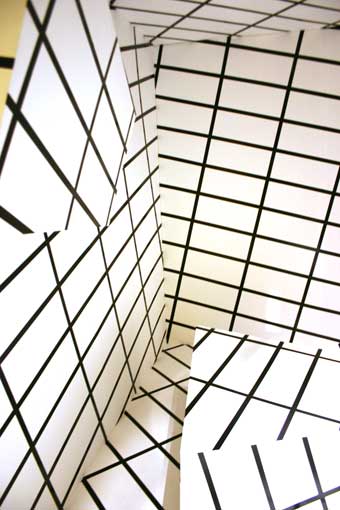 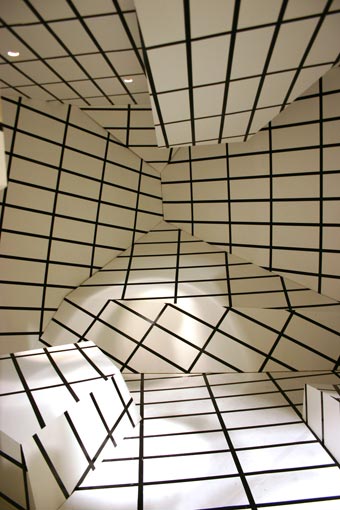 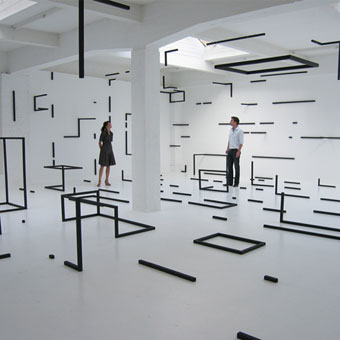 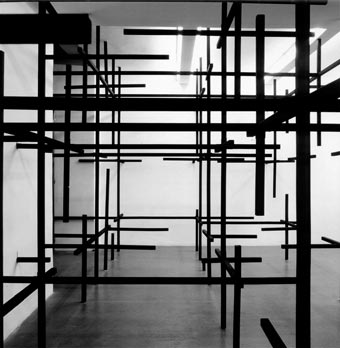