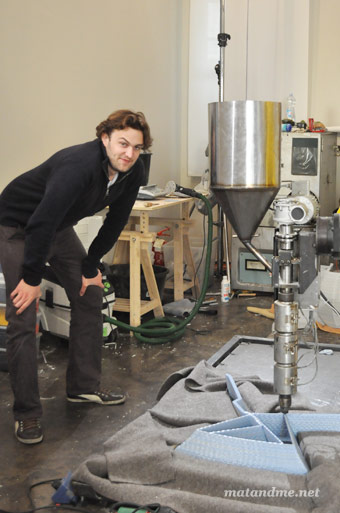 After strolling though the Design Academy Eindhoven show in Milan, I found myself in the courtyard of the great spazio staring at a robot who makes chairs out of a plastic string which he continuously adds in new layers until a 3d shape comes into existence. Very impressive programming skills for someone who just graduated, Dirk van der Kooij. I quickly made a move towards a friendly girl that gave out flyers and met Dirk van der Kooij’s girlfriend. She liked my drawn interview request and forced Dirk to stop with a conversation he had in order to draw for me. That’s nice, isn’t it? 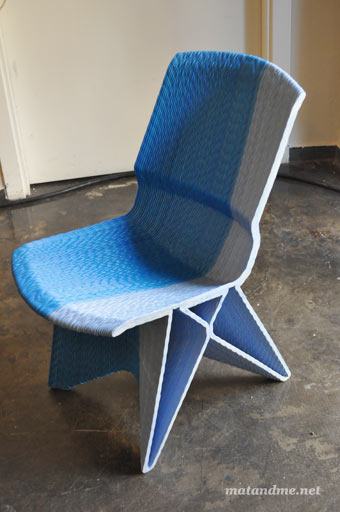 Eindhoven-based designer Dirk changed a robots life, whose previous life was in a Chinese factory, and made him become a designer in Europe. The process of reprogramming the robot took about one year, says Dirk. 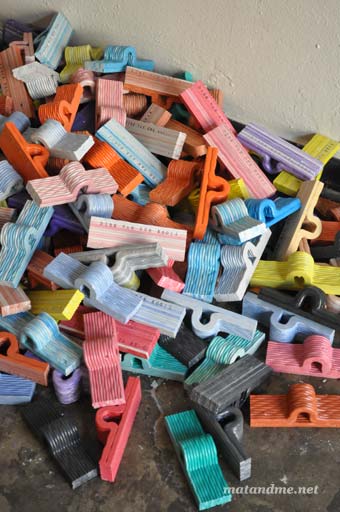 Dirk uses old refrigerators that are pulverised and melted as material for his furniture. The recycled plastic gives the whole concept a good story. At the end some pigment is added and the robot gets to work.

‘Endless’, brings the idea of ‘furniture rapid prototyping’ to the point. 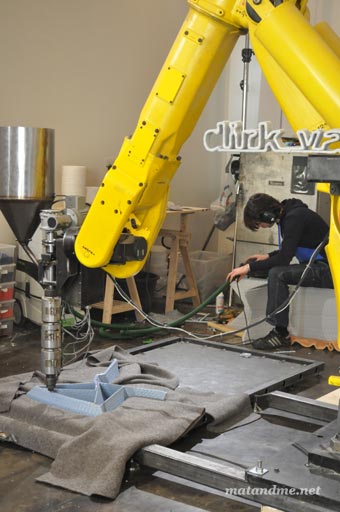 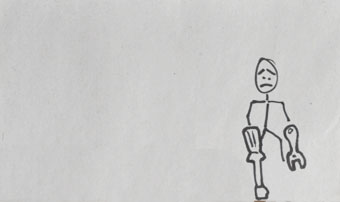 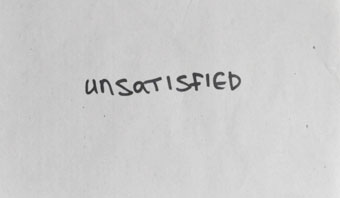 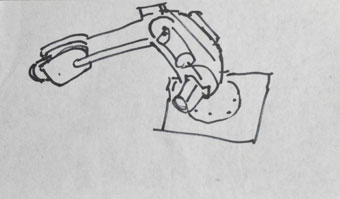 One thought on “dirk van der kooij: gave a robot a second life”