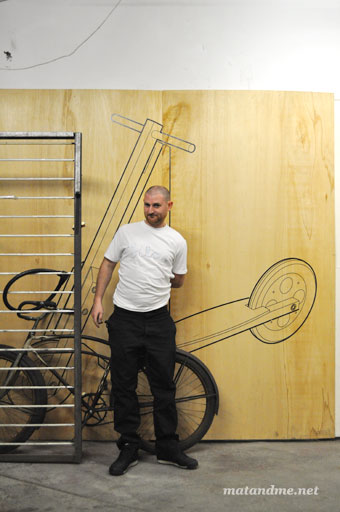 Shortly before I went to visit Ben in his studio, I ran into him and Andre Klauser on the street. Andre introduced him as ‘Ben’ and not as Ben Wilson. So when, two days later, I arrived at his door, there was instantly some recognition. Ben recently got himself his first ‘real job’, his words, not mine. Since October both Ben and Andre have become tutors for Design Products, Platform 14, at the Royal College of Art. 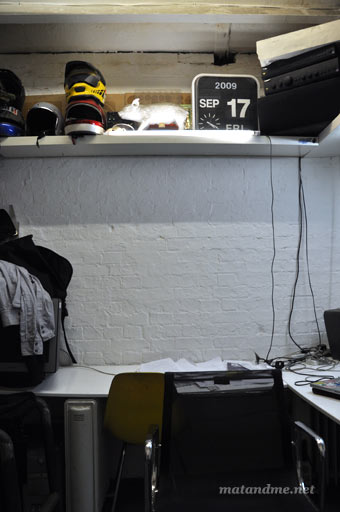 I met Ben in September 2010, don’t believe the clock

Ben is a real London kid. He was brought up in the North and now lives in the East. His whole family works in a creative field, that’s why he and his two brothers work together from time to time under the title Wilson Brothers. Oscar is a graphic designer, Luke is a DJ and Ben has the industrial design background. Early on in life Ben (and his parents) discovered that he has a thing for bikes. At the tender age of 8 had already disassembled one in order to find out how they work. 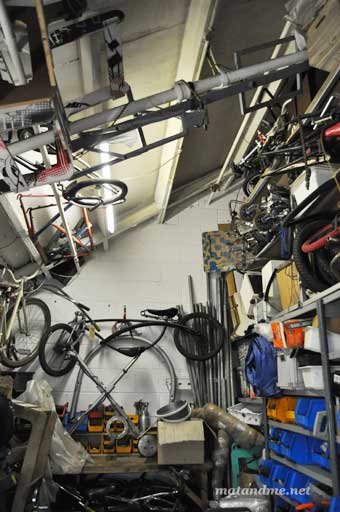 This is Ben’s workshop; all component parts of bikes available!

Ben is probably best known for his own bikes and also enjoys a good reputation for various other projects, like the interior for the Foot Patrol store, 1948 Nike stadium and the Chairfix, an invention he made because after graduating he could not find a job. Instead of waiting for one, he decided to design something that is easy to make and is adjustable for various clients. It seems his impatience paid off. 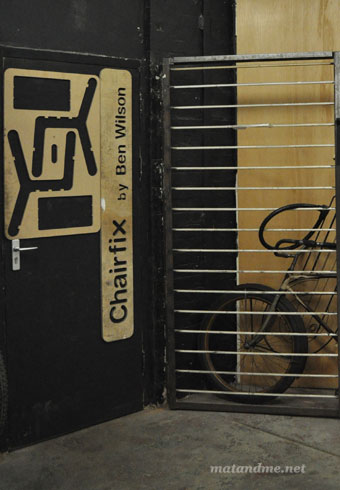 The Wilson Brother’s advantage is that even if they don’t know everything, they get to know a lot of stuff while they are doing it. Ben holds that philosophy up, but he gets bored pretty quick, that’s why diversity is the key thing. 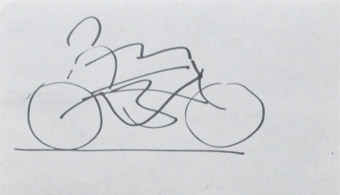 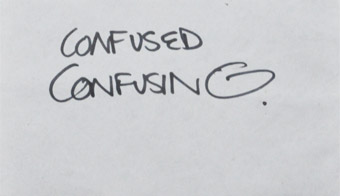 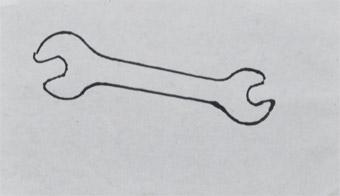 One thought on “ben wilson: as long as it’s not getting boring”