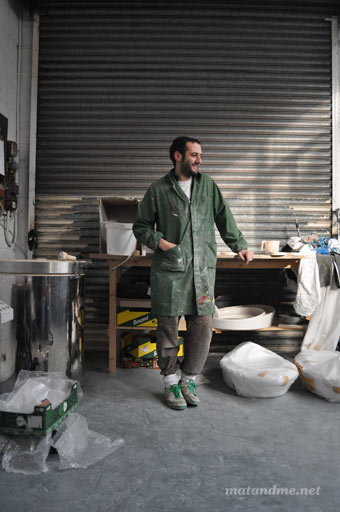 Barnaby ‘s new studio & oven (on the left): both are probably the best purchase he ever made. It must have been a truly happy day for him.

Barnaby Barford gives porcelain figurines a new activity. The London-based designer (he actually lives so far east that you could call him an essex boy) discovered his sympathy for the fragile characters during his studies at the Royal College of Art. After graduating about 10 years ago he did various design jobs, but after a while he decided to start focusing on his Art pieces. Very consequent. 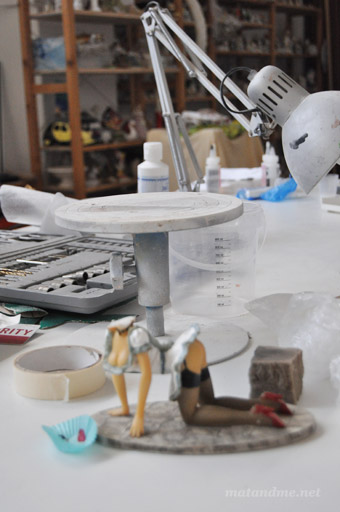 If you think about porcelain figures you picture an ideal, romantic situation in a small scale that is place on your grandma’s dressing table. Sometimes it’s a boy in a pastel shaded tailcoat playing the violin and sometimes it’s the little girl in a white dress that dances ballet while holding a flower in her hand. How absurd, isn’t it? Barnaby buys these undesired figurines on fleemarkets, salvation army shops or anywhere where he sees them and takes them home. He cuts the figurines and re-assembles them. He uses Milliput, an epoxy putty and his secret weapon, to change certain forms on the pieces in order to put them in a different situation. Some of them are similar to situations you see when you switch on the 8 pm news and the police is involved. 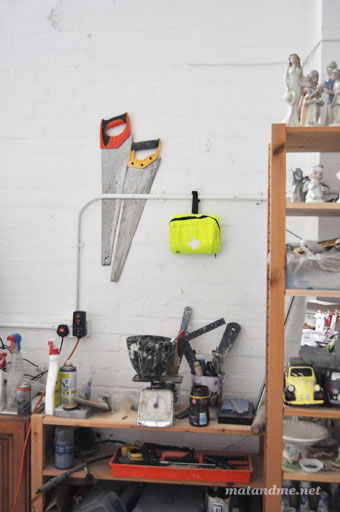 I understand that peoples reactions to Barnaby’s figurines are mixed. Most think they are humorous, but their are some that say they are ugly. Others go as far as saying that they are shameless and a disgrace to the originals. Personally I think Barnaby uses his great sense of British humor in just the right way. The fact that his figure create such debate, is a sign that his work is a sucess. When you look at vintage porcelain figures the seem surreal, like distorted versions of the real world though usually fairly boring and unexciting in muted colours. Created in total contrast, I wonder what our children will make of Barnaby’s work in years to come? 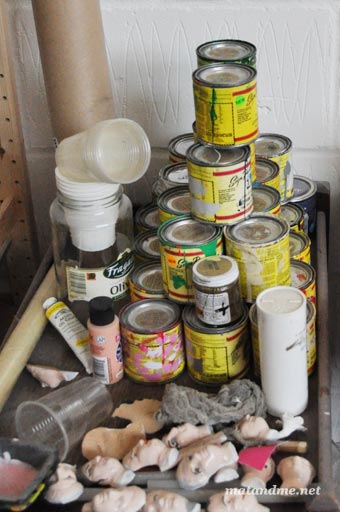 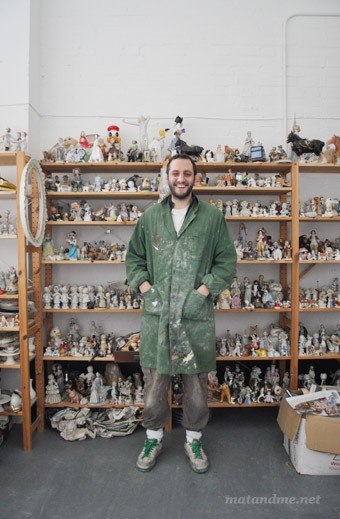 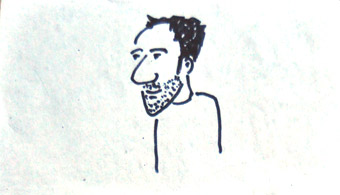 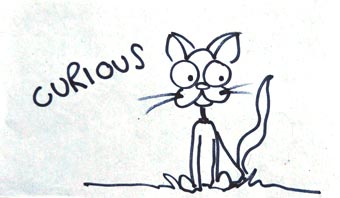 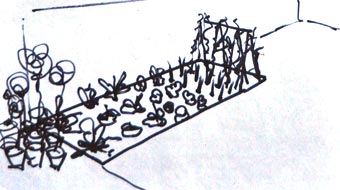